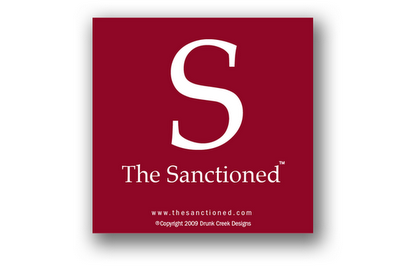 I thought I'd never find myself even halfway agreeing with Charles Barkley. Much of what he says is so self-serving and childish that it doesn't merit a response. However, after admitting that he took money from agents in college, he then proposed that college athletes be given small stipends to prevent being unduly influenced. Barkley's argument confronts the elephant in the room.

"These agents are well, well known. They've been giving college kids money for 30 years," Barkley said. "And I've got no problem with it. I want to visit my family, I want to go see a movie. How in the world can they call it amateur if they pay $11 million to broadcast the NCAA Tournament?"

The problem is a bifurcated one, complicated by race and class. In the South, for example, most players in heavy revenue-producing sports like basketball or football are, like Barkley, African-American. Often they are products of poverty, which can produce broken homes, a culture of violence, and a large likelihood that close friends and family members have undergone sporadic periods of incarceration. By contrast, most middle-class college students have the ability to receive a few dollars here and there from parents and extended family. Their family units, statistically speaking, are apt to be more stable and cohesive. Such things are privileges not always available for student-athletes without means. The troublesome question then becomes which athletes, depending on the sport, would receive money.

In an imperfect world, a gesture like giving college athletes glorified pocket money makes more sense than penalizing players and universities. The promise of lifelong wealth and stability has been a motivating factor for eons, of course. It's an interesting premise, but it would be much better if we truly confronted economic disparities and why they exist. So many black athletes place all their eggs in one basket, sports, seeking a way out by only one avenue. In an earlier era, people of color had precious few opportunities to achieve social mobility. Sports was one of them, and entertainment was the other. We still have not closed the gap completely. African-American youth still play a game wherein a mere 10% of those who suit up will ever sign a pro contract.

Football makes the most money for universities and colleges, followed closely by basketball and baseball. Considering the whole of collegiate sports, athletes in less high-profile pursuits are not nearly as susceptible to agent-courting. There's just not as much money to be made. With a few notable exceptions, there isn't a lucrative professional league to be a part of after finishing a college career. Which begs the question: should all college athletes, regardless of sport or gender be paid? If so, should they be paid the same amount? This is where matters get complicated. Some would say that the amount of pay an athlete receives should depend on how much money his or her sports makes for an institute of higher learning. However, in attempting to reconcile one hierarchy, another mirroring it would be created. Many have said for years that football players are valued more than those of any other sport and a decision along these lines would only confirm their darkest suspicions.

My own greatest reservation with paying players even a dime is that colleges and universities are theoretically designed to grant a person an education. With this education should also come, due to hard work, adequate preparation for the world world that looms after graduation. A double standard exists between regular students and student-athletes, one that has been in place for quite a long time. Regular students often work twice as hard to graduate as their classmates on sports teams, assuming they don't leave early to go pro. Athletes are granted every break possible, and many a graduate assistant has completed assignments for star players on the sly. The problem, among many with this system is that so-called student-athletes learn practically nothing, except, of course, to excel at sports. With millions of dollars in television rights, plus bowl games, if pertinent to the sport, it isn't surprising why athletes are considered too important to fail. Collegiate sports are a business, now more than ever, and with every passing year the ante keeps being upped.

Another potential pitfall of this proposal concerns female athletes. Should they also be paid? Granted, it isn't as likely that agents from the WNBA would be as inclined to dangle potential sanction-producing temptations in front of the eyes of professional caliber players, but a credible case could be made under Title IX that paying male players would also mandate paying female players. Moreover, whose responsibility is it to pay players? Each individual university? The NCAA? The conference allied with the school in question? The only way I can think of that the system would work is if the NCAA established a fixed amount for each player to receive at a particular time, and through a particular channel. Otherwise, certain schools with more resources would surely pay players more. That would further tip the scales towards schools with greater financial assets. It is likely that whatever decision is made is bound to be controversial, and controversial for a long while to come.

Critics of the system will claim that athletes will use the money to buy drugs, or for destructive ends, and the first time it happens naysayers will come out of the woodwork. Closely tied to the question of who should pay college athletes is who should be responsible if the legality or feasibility of student payment is challenged in a court of law. Barkley's idea is a compelling one, but when matters of money are concerned, all those with a say in the matter love to add complications. What seems like a straightforward matter would be anything but if implementation was ever seriously considered. Still, we must soon address some long standing prejudices, since they are growing more and more prominent, not less so.
Posted by Comrade Kevin at 3:34 PM

Fancy the content I have seen so far and I am your regular reader of your blog.

I am very much interested in adding http://cabaretic.blogspot.com/ in my blog http://the-american-history.blogspot.com/.

I am pleased to see my blog in your blog list.

Hope to see a positive reply.

Thanks for visiting my blog as well !

Waiting for your reply friend !!!!!