The World According to Garp: A Review 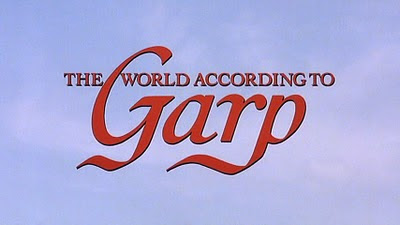 The World According to Garp is a 1982 film adaptation of the original novel by John Irving. Even thirty years after filming, it still retains the ability to shock and provoke. By questioning many gendered assumptions, the movie raises questions regarding whether certain conduct and learned behaviors can truly be assigned only to one gender or another. To cite one example, both men and women are inclined to resort to violence in act as well as in word when their passions get the best of them. They may engage in thoughtless, impulsive adulterous affairs and rash pronouncements, but they are also similarly inclined to love and to nurture others. Nearly every major character is severely flawed, but also thoroughly human and sympathetic as well. It is impossible to dislike each of the major characters and many of the minor ones, as well. And it is on this axis that the whole of the film wobbly revolves.

Garp's mother, the nurse Jenny Fields, become a Feminist icon with the publication of her book A Sexual Suspect. Critics rip it apart, but it finds immediate audience with women across the country, making Fields instantly wealthy. A much edgier version of say, The Feminine Mystique, one of the unforeseen consequences of the book's rousing success is the arrival of waves of radical feminist pilgrims to the author's New England seaside house. In keeping with her profession, Fields seeks to nurse many troubled souls back to health as she can, even allowing them the ability to live on the premises for as long as they'd like. Her boundless tolerance and at times excessive naivete get in the way of realizing precisely what furies her seminal work has unleashed and how dangerous she now appears to those who would do her great harm.

The character of Jenny Fields, upon close analysis, proves problematic. For starters, her conception of sex and sexual desire is clinical in nature and sex-negative. She reduces the impulses and motives of all men to one particular emotion, namely lust. Her best-selling book vamps upon this single issue above everything else. Even more eyebrow-raising is how she became pregnant with T.S. Garp, her only child. She is fond of frequently relating how she never wanted to be subservient to a husband, so she devised a way to have a child without the need for one. A bedside nurse during World War II, Fields cared for a mortally wounded soldier with brain damage who somehow managed to maintain an erection for long periods of time. Seeing an opportunity, she chose to straddle the dying airman long enough to become pregnant. In those days before artificial insemination, I suppose that was the only way such a thing was possible, though the whole process could be considered rape, since the man certainly wasn't cognitively aware enough to consent. In response to this, the film is quick to add that the soldier, even limited as he was, still managed to monosyllabically grant his approval.

When one contemplates the question of emotional stability, the most sane and together character is a transwoman named Roberta Muldoon. This is quite unexpected, since if and when transgender characters are shown in film they are usually used for shock value, particularly as villains or freaks. Here, interestingly, Roberta has the fewest personal issues and unresolved problems of anyone, regardless of gender or sexual orientation. After arriving at the Fields house to keep company with the other adoring fans, she quickly becomes a trusted adviser and confidant to the author.

Not long after, Roberta swiftly endears herself to the Feminist writer's son, who has become a successful novelist in his own right. Muldoon is accepted into the family as one of their own, which includes Garp's wife and two kids. Without so much as a whiff of discomfort or prejudice, Muldoon becomes a beloved aunt figure. As heartwarming as this is to observe, it is far too rare. Even now, as accepting as we have become, I know that many would never open their hearts or their minds in such a fashion. It is always uplifting as a viewer to see the ideal and with it to hope to see more of it in the future. Within the film, it provides a needed contrast to the dysfunction that clings strongly to almost every other major player.

In addition to refuting transphobia, Garp takes some fairly nasty swipes at second-wave radical feminism. Most of the venom is directed at the Ellen James Society, a group of women who adopt a rather unique means of protest. News breaks about an eleven-year-old girl who was raped by two men. As the story goes, the attackers cut out the girl's tongue to prevent her from identifying them to authorities. In response, Ellen Jamesians, as they are known, cut their own tongue out in a kind of twisted solidarity. The real Ellen James, who has become something of a recluse because of continued threats to her life, desperately urges the women to disband, since their behavior does not have her blessing. They flatly refuse. In response, the novelist Garp writes a book, scathingly criticizing their misguided zealotry. He faces a deluge of hate mail, but notably meets the real Ellen James quite by coincidence some months later, at which point she informs him of her appreciation for what he has done on her behalf.

Men and women both come off at times as thoughtlessly impulsive and motivated by passions, rather than logic. As alluded to earlier, nothing characterizes this point better than examining the state of Garp's marriage. Both he and his wife, Helen Holm, a college professor of creative writing, stray from their marriage. The infidelity begins when, after a night out with the wife, Garp escorts a star-struck babysitter home by car. The eighteen-year-old student then tries her hand at seduction and succeeds. Later, he denies what happened, though Helen has her doubts as to the veracity of his story.

Shortly thereafter, one of Helen's students makes a pass at her, which she initially ignores. A few days later, however, she surprisingly agrees to go along with it, yet places a strict caveat upon the affair. "The instant anyone finds out about this, it's over. You got it?" She mentions that the only reason she's doing this is because he's much younger than she is, copying her husband's motives. Even so, her decision nonetheless leaves us, the audience, wondering why she did it. Was it out of retaliation or simply because she held a similar desire to his? Perhaps the answer lies in the book version, in which Professor Holm carries on multiple affairs over time. And, to be fair, her husband easily matches her number of extramarital transgressions, leaving neither party with clean hands.

The World According to Garp is a complex film that could be analyzed from about fifteen different perspectives. This review doesn't begin to scratch the surface. Still, what I appreciate most is its willingness to go after radicalism and extremism in ways that don't reduce people to caricatures. It would have been easy to make Garp's character triumphantly virtuous and the radical feminists he opposes the living personification of evil, but Garp's character has as many messy flaws as they do, just in different ways. The film also comments upon how people behave when impressed and enlightened by someone who encapsulates their struggles, fears, hopes, and frustrations. Every successful person, regardless of what they've done, has attracted some version of the same audience. And as the saying goes, people who live in glass houses shouldn't throw stones. In reality, each of us lives in our own glass house. Some of us just have stronger panes than others. It would, of course, be better if were careful when and how we threw rocks.
Posted by Comrade Kevin at 6:37 AM