winding my way
through spirals of gray

to embrace a message
that led others to fight wars

I have knelt to accept's Christ's sacrifice
This I did early in life many times,
but without real wine and real bread.

I will return again tomorrow
to wind my way through another
journey through the book of common prayer
Posted by Comrade Kevin at 4:26 PM 1 comment:

I meet , daily, at 11 am, with a group of four
Grim, unsmiling people.

Their auras seemed to
Emit the hue of orange

In their capable, authoritarian hands
Much went on behind the scenes.

I can stay here
Ten days only

A rebellious kid aged -1 when I was born
Was there for hell raising adventures
And made me feel extremely old.

So many faces
Staring blankly at television

And I shuffle impatiently
Waiting for an answer
Posted by Comrade Kevin at 12:41 PM 5 comments: 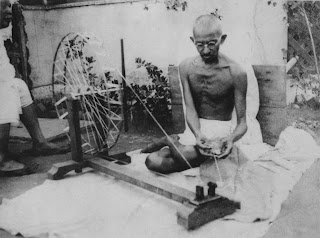 It is not my purpose to attempt a real autobiography. I simply want to tell the story of my experiments with truth...as my life consists of nothing but those experiments.-Mahatma Gandhi
Posted by Comrade Kevin at 1:53 PM 1 comment:

Thanks for being patient with me. I was very ill.
Posted by Comrade Kevin at 2:06 PM 1 comment:

Forget the Second Amendment. Please Don't Sell Me a Gun 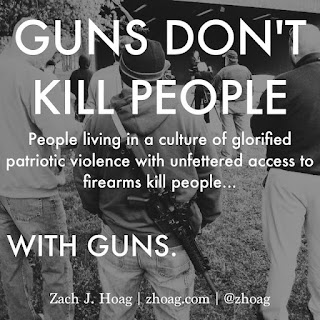 I am one of the estimated 75,000 people on the federal disability roster for mental health reasons. Until a few days ago, I was barred via President Obama’s Executive Order from purchasing a gun. A few days ago, President Trump lifted the ban, making me eligible to purchase a firearm or handgun, assuming I even wanted one, which I do not. I believe in strong gun control and as a pacifist Quaker, I take our famous Peace Testimony seriously. Contrary to the line of logic that led President Obama to establish the initial order, if I am to be entirely truthful, I worry not for the safety of others, but that I might in a moment of unrelenting depression turn the gun on myself. That is a grim little statement, but I think it needs to be heard in the face of those most concerned with the supposed self-preservation of themselves and other people.

It is true that the mentally ill face a stigma that they are violent and prone to random acts of violence. I myself, in the course of my life, have once been wrongly assumed of being yet another workplace shooter with an ax to grind. It’s the major reason I am not fit to work, which is a tough thought to choke down. I would like to be a fully productive citizen in every and all pertinent definitions and conceptions, but I’m afraid in spite of myself I fall short.

Back then, I was in the grips of a powerful manic episode, the opposite polar extreme of what is still often known as manic depression. In reality, during that time, I was only a danger to myself through impulsive and potentially self-injurious behavior, but not to anyone else, least not my co-workers or customers. But there has been so much misinformation spread and ample terror to go round to lead many to a false conclusion. In those times, it led some to the same ends as I have described above and I found my employment abruptly terminated.

I understand that this issues is nuanced. Mental health advocates have gone on the record to say that they don’t necessarily oppose the removal of this ban. But it is also true that, periodically, this country, if not the world, faces another instance of senseless, malicious violence at the hands of a severely mentally ill and armed person. At root is insufficient data. The brain is a complicated organ, one barely understood by contemporary medicine. There is no way for sure to know what separates dangerous from wholly benign, but as for the former, there are multiple warning signs that need never be overlooked (and often are until it is too late).

As for myself, I narrowly avoided being arrested for the mere thought that I might be a threat to someone else. Instead, I was involuntarily committed to a psychiatric hospital for three and a half weeks. The perspectives of other people in the midst of situations like these make all the difference in the world. I will be forever grateful to other Quakers in my own home Meeting at the time who did not shrink from me, but locked arms to assist me as best they could. And when the mania lifted and it was time to head home, one particular Friend drove me to Sunday Meeting for Worship for months, expecting nothing in return, though she will always receive my undying gratitude until the end of time. One Friend told me, in all sincerity, that the Meeting felt “honored” (his words) to come to my aid. May this be the example that we all emulate should it come our time to serve our fellow person. I am not branded with the shame of my past conduct, as it was absolutely nothing I did or could help.

Thankfully, I will never be that sick again. As it turns out, I was taking a very strong antidepressant at the time that is rarely prescribed these days, but not taking a mood stabilizer like Lithium or Depakote. Without a mood stabilizer in the bloodstream, being triggered into mania is always possible. It will be part of my daily pill regimen for the rest of my days, but like my illness itself, I have accepted it and will live my life to the fullest.

As a society and a country, we need to really do some soul-searching that goes beyond black and white thinking. Issues like these require our thoughtful participation. We can’t shrink away from them, or push them towards certified professionals who perform clean-up duty. For these professionals, they work stressful jobs with plates never anything other than heaped full. It’s easy to burn out if you are in mental health and over time I’ve learned that it takes a particular person with a particular perspective on life to really be effective.

I wish the American people would see me in the best possible light, as a person with a severe chronic illness, but not as someone who is seconds away from going postal. And I wish this same crucial restraint and thoughtfulness for anyone like me who suffers with mental illness in any form, be it depression, bipolar disorder, or schizophrenia. We have come a long way when it comes to humane responses, and we’ve modified our treatment of those who suffer with a greater emphasis upon progress. Even a century or so ago I might well have been lobotomized into a perpetual eight year old state or even locked up in chains in some dark institution. Let’s keep our eyes and hearts open without resorting to base fear.

But as I began, let’s modify, if only in our minds, this executive order through a little more thought and imagination. A paranoid schizophrenic is not the same as a person who struggles with depression so intense that it is a struggle to bathe and eat. Under the particulars of the Obama Executive Order, both were banned from purchasing a gun. This order only applies, as I noted above, to 75,000 citizens of a country of over 300 million people, though the number of people with mental illness in this country stretches to the millions itself. Surely we can be a bit more selective and critical. Surely we can make the right decision for everyone. And as I conclude, I want to note that most people who suffer from mental illness are not a danger to other people. Even in more enlightened times, they twist and turn and fret and wring their hands in silence, without advocates or loving counselors.

I turn again to a passage from the Gospel of Matthew that is pertinent today in many ways. Let’s hear these words one. more. time.

34 “Then the King will say to those on his right, ‘Come, you who are blessed by my Father, inherit the Kingdom prepared for you from the creation of the world. 35 For I was hungry, and you fed me. I was thirsty, and you gave me a drink. I was a stranger, and you invited me into your home. 36 I was naked, and you gave me clothing. I was sick, and you cared for me. I was in prison, and you visited me.’
37 “Then these righteous ones will reply, ‘Lord, when did we ever see you hungry and feed you? Or thirsty and give you something to drink? 38 Or a stranger and show you hospitality? Or naked and give you clothing?39 When did we ever see you sick or in prison and visit you?’
40 “And the King will say, ‘I tell you the truth, when you did it to one of the least of these my brothers and sisters, you were doing it to me!’