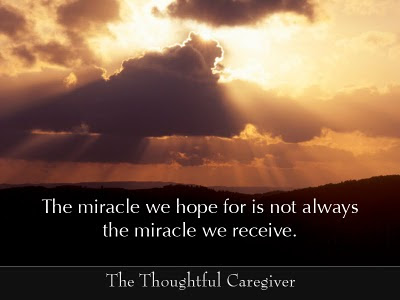 I've been recently pondering why I write and create. If I was to be completely honest, I'd say that it's a means of attaining attention, love, and validation I can't easily produce in myself. As I may have talked about before, I was born with an anxiety disorder that was not diagnosed until my mid-teens. Until I was around fourteen or so, I had only one real friend. Though I had a handful of acquaintances, I didn't have much in the way of a social network. That much isolation and loneliness left its mark and even now I feel as though I'm still playing catch up. Yet, as you will see, in a religious context, I can easily devote what I do to the Glory of God, since I need never second guess my intentions or agonize about my shortcomings.

The wise dispensers of advice have told me that only by direct confrontation can I hope to make progress. I've listened. Every Friday night I arrive, guitar in hand, and play a few songs for a small, but appreciative audience. Unsurprisingly I am still plagued by stage fright and performance anxiety. Though I have learned a few tricks along the way to manage my fears, I am still completely terrified while playing guitar, singing, and especially when talking in front of an audience. Once, a few months back, my anxiety was so intense that my hands began to shake violently in the middle of the performance. As I was exiting the stage, a fellow musician felt pity on me, taking my guitar from my hands, then setting it down in its case before I dropped it.

One would think that a person like me would have a inordinately difficult time speaking in public, and for the most part, that would be true. The notable exception occurs while I am worshiping in Meeting. If the Spirit compels me to rise and share a message aloud, I am somehow granted the ability to do so. Like everyone else gathered together, I sit and wait in silent expectation, my head bowed in prayer, and quite often a message arrives. My body, starting with my legs, begins to shake a bit. It reminds me somewhat of the trembling, crying, and fainting that characterized worship during the Great Awakening of the Eighteenth Century, or the behavior of some Friends during worship that gave us the name most know us by: Quaker.

God commands: Stand! Stand! So I obey, despite my reservations.

My hands have made both heaven and earth; they and everything in them are mine. I, the LORD, have spoken! "I will bless those who have humble and contrite hearts, who tremble at my word.

I talk, sometimes with my eyes closed, sometimes focused on a pane of glass facing outward, beyond the meetinghouse. There are is no stained glass to distract or cavernous space to echoes my words. Though I may begin in apprehension and worry, within a few seconds, these feelings fall away. Word order and word choice are only partially mine. I must trust in the guidance of the Light for the whole of my vocal ministry. And, having finished, the Spirit says Be seated. I oblige, nearly collapsing into to the plain, unvarnished, wooden bench underneath me.

I bow my head yet again, my hands clasped. Before I became a Friend, this is how I was told to pray. I resume a few old habits while my head spins with questions never to be fully answered. What gave me these thoughts? Why did my message take this direction, rather than another? I do not really expect to know. Miracles defy neat explanation or rational analysis. As a person inherently skeptical of miracles in any form, I do not use the term lightly. Still, after much thought, I know this can be nothing else.

Had this been any other setting and for any other purpose, this regularly confident, lucid, and inspiring scene would not exist. Instead, I would grow instantly tongue-tied or my fears would build upon each other so much that I'd completely lose the thread of what I was meant to say. I'd be on stage again, battling tremors, desperate for focus, terrified of looking into the audience, lest I lose what nerves I have left. In times past the horror has forced the volume of my voice back into my throat and made my palms so sweaty that my instrument slides from my hands, saved from contact with the floor only by my guitar strap.

One never knows how or when God will choose to use you for the greater good. I'd been a leader without a cause for a long time, or at least a leader who had yet to find the right platform. My leadership abilities were consistently stifled by the limitations of a disability, one I never expected to shake. If I wanted to, I suppose I could express no small annoyance at how long it took to come into my own, but I recognize now that I wasn't ready yet. Every step along the way taught me something I needed and provided context. I thought I was fumbling around in the dark, but I was really finding my way to something greater. I try to keep that in mind today in situations where I have no demarcated lanes or cleared path through the underbrush in front of me. Sometimes we are pioneers and sometimes we benefit from the hard work of those who have come before us.

It is written in Isaiah the prophet: "I will send my messenger ahead of you, who will prepare your way"--the voice of one crying in the wilderness: ‘Prepare the way of the Lord, make his paths straight,’”