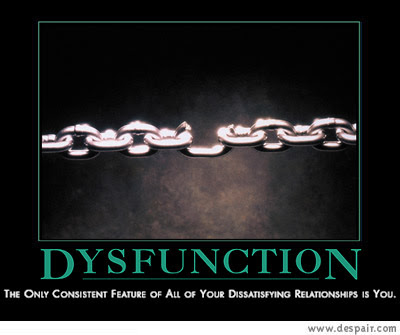 Across the board frustration at Washington, DC, will characterize this November's elections. The question on the minds of many is why, despite the promises to the contrary, nothing gets done and the situation gets worse and worse with every passing year. To answer this question, one first needs to examine Washington culture in detail. To begin, it is insular, frequently secretive, and suspicious of outsiders. Capitol Hill dictates a more or less common mindset among everyone who lives here. And, in all fairness, one really needs to get involved on the inside to totally understand its riddles. I firmly believe that reform is possible, but, on the difficult matter of a solution, the analogy I always use is that of the Gordian Knot of Greek mythology. This was an impossibly entwined knot that was eventually undone by a bold stroke of the sword, rather than through a probably hopeless desire to devote hour upon hour in the hopes of eventually untying it.

Arguably, human beings require and demand their own space. Off the top of my head, I can think of several conflicts between people (if not wars) which have had their genesis in simply not having enough room. Washington, DC, is often perceived as a mini-New York City by outsiders, but it honestly is not. For many years, this city was almost a backwoods outpost of sorts. Most of the city proper and its businesses were concentrated in the immediate area around the Capitol. The often gallant names of streets and avenues frequently contained, most amusingly, farmland. For example, Franklin Roosevelt's cabinet arrived in 1933 to find a sleepy little town. It wasn't really until the post-war boom that DC began to grow. Even today, it doesn't take much of an imagination to examine the city today and make that connection to the past.

Nothing makes humans more competitive and territorial than limited resources and not enough elbow room. I've written before about the paradox of DC, and this is another corollary on that topic. Namely, I've noted that people often come to the capital city to do great good, but then after taking jobs at non-profits, government agencies, or businesses, they begin to change. Soon, self-preservation becomes more important. They rarely join forces with similar organizations to increase their ability to affect change. Instead, the tendency is, far too often, to crave being in charge of one's own kingdom. And when many jobs in DC are linear in nature, one is often forced into a specific track whereby every step up the ladder is specifically designed for one particular skill set. This setup eventually produces navel-gazing and tunnel-vision.

Competing methodologies and strategies lead to stalemate. It's tough to reinvent the wheel when fifty people have a different way to go about it and no one wants to stand aside or compromise. Criticize inefficient, sprawling, massive government if you want to, but you are really only focusing on the effects of the problem. The cause is a combination of power, egocentricity, covetousness, and fear of the unknown. And until we get rid of those burning desires, friends, we'll have another Anti-Washington election ten years from now, and another ten years from that one.

DC needs to understand that reform doesn't mean losing something that will never be recovered. It also needs to recognize that working together isn't untenable, but is, in fact, the way for government to work for the people, not for its paranoid leaders. If it cannot, then we need to devise a system whereby people have the ability to spread out and assert their authority over their own particular manor or estate. If this sounds like Feudalism, it's because it is. Either we work hand in hand with our brothers and sisters, or we should build our castle and moat on several acres of land and start accepting applications from highly specialized peasants.
Posted by Comrade Kevin at 11:47 AM

Well said...We live in a time of starkly contrasted dichotomies set amidst a sea of subjective self-deceptions.
May those with awareness survive to save the sleepers.