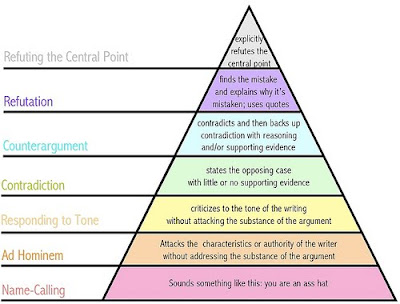 What follows is a very personal story, even for me. With the recent unsuccessful effort towards the repeal of Don't Ask, Don't Tell paired with a minister of an Atlanta megachurch accused of sexually assaulting much younger men, we are once again confronting just how we feel about openly LGBT people in our midst. And with that, we're also having a dialogue about how we feel about all that is not heterosexual. When so much, even in this day where we are constantly warned about oversharing is repressed and hidden from view, now seems as good a time as any to bring up this particular topic. I begin in a roundabout sort of fashion.

As a person who strongly supports a woman's right to choose, I am most often inclined to focus my energies on protecting that particular option. It faces the possibility of repeal on a regular basis, while another one does not. So, I admit that I frequently neglect learning as much as I should about adoption. This is partially because anti-choice forces push adoption with either a heavily religious or ethical justification attached to it in which I do not agree. In other words, there's a reason why the Catholic Church has pushed the practice for over a century.

I admit that ordinarily I wouldn't find the subject all that compelling, except that I've recently been contemplating the major role adoption played in my own life. My mother's father, my Grandfather, was given up to the Catholic Church. In addition to bearing a very strong physical resemblance to him, I unfortunately also seem to have genetically inherited his bipolar disorder. A few years back, I attempted to locate any and all adoption records pertaining to him, but came up empty. The archivist assigned to the case never called me back, and in my own research I discovered either they were either burned in a fire or carelessly documented. To be sure, I was told beforehand that at most I'd only be provided with the most infuriatingly basic information imaginable, none of which would be especially enlightening.

I'm a person who enjoys solving mysteries, but here is one I may never be able to bring to any satisfying resolution. Ideally, one would hope to know from whence any chronic illness resulted in order to find better ways to treat it. Though it may not be correct, I've often wondered whether my grandfather was given up by his birth parents because they were aware of the large likelihood that the child would inherit mental illness. Perhaps they themselves had it, or at least one parent had an established family history of the condition. My grandfather and I both have a severe case of bipolar disorder. I know I obtained it from him. Unfortunately, I am far from the only person in that family line who has been afflicted with at least some variation of mental illness.

I gingerly make this presumption because without firm knowledge, all that I propose is pure speculation. But it did also get me wondering about other motives that would give people reason to surrender their parental rights. I'm sure they didn't do it cavalierly or without some some soul searching. What I propose next is bound to be controversial, but I will set it out here in the hopes that it may get people thinking. In the days where homosexuality or any identity on the LGBT spectrum was more stigmatized than it is today, could perhaps a desire to avoid parenting a queer child have been another reason for adoption? So often we debate what happens when gay parents adopt, but if the roles were reversed, would couples adopt children they knew would be queer?

Though I know the issue is in hot debate and has yet to be resolved conclusively, I believe that being queer is genetic and biological. Speaking about my situation, I have no other relatives on any other side of the family who are LGBT, with the exception of those descended from this branch. This may only be a coincidence, but it's a compelling one. If we looked at the issue from this perspective, would it change our opinions?

Please don't misunderstand me. I'm not speaking out against adoption. I think it should remain an option, just like abortion. But I do know that there were times prior to ours where certain facts no one calls into question today were very much in doubt. I'm sure that some of those influenced decisions like whether or not to place a child in an adoptive service. Poverty may have been the most pressing reason why birth parents relinquished their role, but I'm sure there were often other reasons, reasons that may never have been expressed openly or certainly not to those in charge of the process. Eugenics was, lest we forget, an American idea adopted wholesale by the Nazis.

Now it happens that some people are interested in the welfare and high development of the human race; but leaving aside those exceptional people, all fathers and mothers are interested in the welfare of their own families. The dearest thing to the parental heart is to have the children marry well and rear a noble family. How short-sighted it is then for such a family to take into its midst a child whose pedigree is absolutely unknown; or, where, if it were partially known, the probabilities are strong that it would show poor and diseased stock, and that if a marriage should take place between that individual and any member of the family the offspring would be degenerates.- Henry H. Goddard, 1911

My Grandfather was adopted at almost the same time as was this passage written. That which he said is today considered shockingly cruel, but I'm sure many people believed it back then. Belief is more powerful than fact, as we know from so many prior instances throughout history. Am I a product of diseased stock? Am I a product of something that is not socially desired, even now? And if I am not, where is my role in society and where are the roles of others like me from today into tomorrow? I ask these questions that we might have more answers than I can gather on my own.
Posted by Comrade Kevin at 4:27 PM

The most common reasons for relinquishment of a child to adoption are finances, age and marital status. The lack of any of these renders people judged as unfit parents and makes them easily victimized by the billion dollar adoption industry.

Demand creates supply and relies whenever necessary on coercion, exploitation, pressure, deceit and when all else fails kidnaping and stealing babies..

It is not a choice that needs protection like abortion. One is about a woman's right to her reproductive freedom, and is only legal during the first stages when the fetus is not viable without the mother. The other - adoption - is about a living human being with rights separate from his mother.

While most states in the US require parental consent for abortion when the mother is a minor....the law allows these children to permanently and irrevocably give their child to adoption, a decsion that they mat regret forever and ever...

Further, adoption should not be encouraged because it results in people feeling as you do only worse. You do not know about your grandfather - imagine not knowing who your own mother or father is, who you look like. Imagine having absolutely no medical history.

Adoption should be a very last resort after mothers and families in crisis are given the assistance they need, and after extended family is sought as a resource for the child. Unfortunately it has become big business instead.

Thank you, Mirah. That was very interesting and what I was hoping to hear.