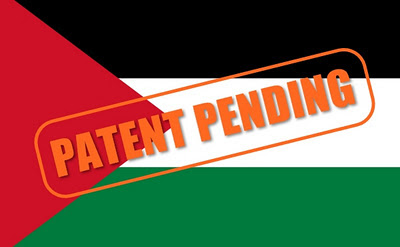 Last week, GOP Presidential front runner Newt Gingrich raised eyebrows by claiming that the Palestinians were, in his words, an “invented” people. When given an opportunity to qualify or walk back the statement during the most recent Republican debate, Gingrich stood his ground. It is possible to follow the former Speaker’s logic, on some level. However, the remark is also another in a long chain of unapologetic, inflammatory comments Gingrich has made over time. What we see is mostly Newt being Newt. One might as well get used to it.

Other Presidential hopefuls were given an opportunity by the moderator to respond to the comment. Most of them were highly critical of the latest candidate to hold first place, but only Ron Paul told the full truth about Gingrich’s comment. Paul noted that while the former Speaker’s pronouncement might have been factually correct, at least technically, it was a construction of language only designed to make trouble. Beyond forceful and predictable Pro-Israel pandering, it does beg to reopen the debate and challenge our notions of history.

It has often been believed that the Palestinians of today were the Philistines of the Bible. The Arabic language does not contain a hard “P” sound. Instead, the word as properly rendered would sound more like “Ph”, as in Phonetic. Reaching for explanations beyond the most basic can grow extremely heated in a fraction of a second. Indeed, it is difficult to separate facts from strongly held ideological views, both pro-Israel and pro-Palestinian, and both based routinely in hatred. Gingrich surely must have known the danger present in igniting this powder keg once again. But, as is typical, he was more concerned with stirring up controversy than being sensible and reasonable.

Some sources state that Arab settlers, seeking legitimacy, took on the phrase of an ancient, memorable tribe. In some ways, it was a curious selection. Though many of us rarely read the Bible anymore, we are still familiar with the story of David and Goliath. In the account, found in the Old Testament book of 1 Samuel, Goliath is a Philistine and David, his seemingly overmatched challenger, is Hebrew.

Goliath stood and shouted a taunt across to the Israelites. "Why are you all coming out to fight?" he called. "I am the Philistine champion, but you are only the servants of Saul. Choose one man to come down here and fight me! If he kills me, then we will be your slaves. But if I kill him, you will be our slaves! I defy the armies of Israel today! Send me a man who will fight me!"

It is, as we know, the eventual King David who defeats the nine-foot-tall Goliath by way of a slingshot and stones. Palestinians in the 21st Century may resemble David in stature far more than their presumptive ancestor. At the time of the Middle Ages, Philistinism also became a pejorative. The phrase refers to an anti-intellectual, prudish, or otherwise aesthetically resistant person who is smugly indifferent, even openly hostile to cultural pursuits. A particular vein of conservative thought often speaks to this state of willing ignorance, one that often leaves strong political statements unchallenged.

In Western culture, the whole of Judeo-Christian civilization could be viewed as invented. The original text and resulting traditions were adopted quite deliberately by a Roman Emperor who sought to harness Christianity for his own selfish desires. Had he not, then the religion and its observance may have remained small and never left the Middle East. Before Constantine the Great, Christians were heavily persecuted, sometimes infamously thrown to lions. Due to the grand scale and great influence of the Empire, the religion was spread by missionaries to Western Europe, then eventually the New World.

One might say that, much like Israelis and Palestinians both, Christianity is a kind of deliberate transplant. It is strange to consider how profoundly massive our roots are in a small corner of the Earth. Our cultural identity, along with a large source of crude oil are centered there. Conservatives like to play up their cred by expressing their unyielding loyalty to the state of Israel, but if they truly understood, they might think before speaking. I doubt most people, including some of our elected leaders, really understand the Middle East and all its nuances.

Furthermore, Palestinians often are descended from Israelis by blood. In some ways, a particularly persistent Civil War is being waged. Palestinians have been a people without a homeland for a long time, even with their vast amount of diversity in cultural and genetic identification. If they are somehow a construct of politics and imagination, they are far from the only people for whom this is the case. Americans are arranged similarly, since most are transplants from elsewhere. Everywhere that mass migration has taken place, for any reason, one could utter the charge of “invented”. The comparison invites definitions of authenticity that are entirely subjective.

Newt Gingrich hasn’t changed one iota. He’ll still play up hair-splitting points that keep him in the headlines. Many of his supporters will see these characterizations as some kind of courageous fact, when they are half-truths at best. Gingrich is willing to bend the truth, showing himself to be the opposite of mealy-mouthed flip-floppers like Mitt Romney. But what Gingrich backers fail to understand is that, unlike what their hero practices, speaking the complete truth really does take guts. Confronting a world with complex issues that do not invite simple solutions cannot be reconciled by bomb-throwing, either in rhetoric or in military policy.
Posted by Comrade Kevin at 10:37 AM