2012: A Vote of Confidence or No-Confidence 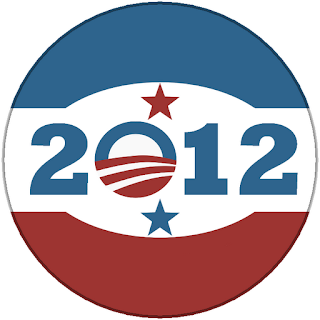 I will vote for Barack Obama. I will vote for him in the primaries, though I doubt any other name will be printed on the ballot next to his. I will vote for him in November. This distinction is made deliberately should some believe I intend to desert the President and his Party. By now, I know the consequences. My criticisms of the current Administration may tangentially have a few aspects in common with current GOP arguments, but that is as deep as they will ever go. I never was very comfortable in sharing my bed with my opposition for any reason.

What troubles me is that I will not be voting for a person this next election cycle, rather I will be voting for the Democratic Party. This is not a concept unique only to me. Like many, I want to swing the balance of power in the Supreme Court of the United States. Or, if that is not possible, I submit my vote as a safeguard to prevent further erosion of progressive ideals. I will pull the lever to Obama to keep Roe v. Wade the law of the land. I strongly desire four more years of Democratic judges and assorted appointees, the ones that even an obstructionist Republican cannot block. I’ll show up at the polls to ensure a steady stream of legislative minutia and stump speech bullet points that, combined together, one calls a Presidential legacy.

My voting history is not as extensive as some, but it does contain a discernible paper trail. In the past, I’ve left a heavy, dark mark next to names like Gore and Kerry. On a state level, I can recall several other Democrats who won my vote. The common denominator between all of these ballots is that of motivation. I never really expected any single person to reform the system. Rather, I expected predictable forward progress lumped between politically expedient posturing. One could say I never held politicians to much of a standard, lowering the bar so that I could be pleasantly surprised at the good things they produced.

The exception to that rule was 2008. I think we’re all processing the aftermath. This forthcoming election will be a referendum of sorts on that subject, both for Democrats and Republicans. For the moment, our system of governance might as well be Parliamentary. Voters know they are selecting the end products of a legislative majority more than a Chief Executive. To be honest, Americans have always had mixed feelings about Presidential power. Too much of it, and people are fearful of the consequences. Too little of it, and the People’s designated representative seems impotent and superfluous. Be careful of what you ask for. You just might get it. Concerns like these are as old as the Republic itself. Who should be responsible for the changing, us, or those who we consistently elect?

At times Americans hold some peculiarly contradictory beliefs. We have become far more ideologically rigid with time, even though we hold to notions of Centrism and moderation. Public confidence in Congress has almost always been far lower than that of any President. Yet, that body is supposedly far less partisan, this because its members are pulled almost exclusively from two competing parties. The paradox here underlines a very important distinction to make. The President is the leader of his or her own Party, true. He or she is supposed to serve that role alone while managing to represent the entire country.

On placards and in conversation, I've heard over and over the same phrase. "Obama is not my President". And, I myself never believed that George W. Bush was my President, either. Our notion of Presidential Authority is equally split. If we want to spare subsequent confusion, we might well concede that the real powers of the office of President of the United States are always in flux. We want Presidential consistency sometimes, but that runs contrary to its function. Other times, we want the office to hold the agency and willingness to make needed changes.

But we cannot have it both ways. That we turn to a living human rather than a deliberative body that is usually faceless reveals much. People can be forgiven. Legislative bureaucracies are rarely granted a second chance by anyone. If we really were governed a Parliamentary system, votes of no-confidence might well have been already proposed within the body itself. As for us, the way it stands now, 2012 will ask us to come to our own conclusions. We will cast our own vote of no-confidence, however we may perceive it.

Posted by Comrade Kevin at 9:42 AM