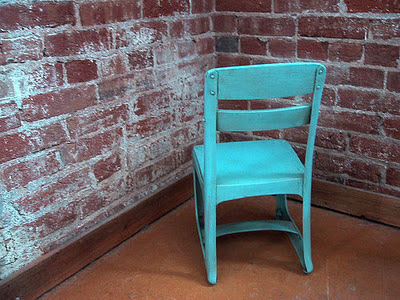 It is often said that Friends have short fuses around politics and long fuses around people. Should something highly ideological and politically loaded be mentioned during Meeting for Worship, intense passions have at times led to tense moments. On the other hand, should a member of the Meeting behave inappropriately and in a consistent fashion, they are often given the benefit of the doubt. Many Friends came from religious traditions where discipline was punitive; this may be why an over-correction is in place. However, there does come a time when setting consequences is not only necessary, it is essential.

To briefly state the reason why I write, a member of my Meeting has, of late, shown a regrettable behavior pattern.  He has been verbally abusive to others. The Friend in question is a prickly person even in the best of times. I regret to say that this past First Day is not the first time he has directly insulted me. Many other Friends have received the same treatment.  At no point has he ever felt a need to apologize. However, his behavior did momentarily improve for a time, but only after I called him out on his attitude towards me. It took an open letter to the entire Meeting to achieve that desired result, but my decision did prove very effective.

I recognize that he is severely mentally ill and I am not unsympathetic towards that fact. But regardless of his disability, his behavior crossed the line a long time ago. One never knows whether such people are capable of controlling themselves, or are choosing not to do so. My personal opinion, based on my previous plea for disciplinary action, is that no one is keeping him accountable for his abusive tongue.  I'm not sure whether a system is in place for situations like these, but if there is not, one needs to be developed.

There is no reason to go into specifics. At any rate, this is probably not the proper venue for them.  After Worship yesterday, suffice to say that he twisted the meaning of my vocal ministry, perhaps deliberately. He then sought to accost me for my supposed rhetorical inconsistencies, this in front of dozens of witnesses. Attendance was high due to a Meeting-wide project that is a long standing holiday tradition.

The Friend regularly resorts to straw man arguments, these intended to put a person immediately on the defensive. Startled by the harshness of his tone, I yelled back for a few seconds and then decided to immediately leave the Meetinghouse.  Because his conduct has only gotten worse recently, I was angrier than I would have been otherwise. To calm myself, I took a long walk as I processed what had just happened.

I’m not sure whether he intends to merely provoke or to win an argument.  As I noted, I’m not sure about his cognitive functionality. If I had to posit a guess though, I think he’s far more in control of himself than many believe. Before I say this, my intention is never to infantilize anyone, especially the severely mentally ill.  But I will say that recently he has of late been acting like a bratty little boy. What I don’t understand, in particular, is why I have consistently been his chosen target. If I felt I was capable of receiving a coherent answer, I would ask him myself.  By now, I know I would not receive it and could quite possibly only spark another pointless, high volume argument.

My Meeting tends to soft-pedal these sorts of issues, and I think that the decision does more harm than good.  Prior consistent offenders have been taken out for coffee, not severely cautioned. I should add that not a single one of these problematic Friends was ever required to recant publicly, which I think would have gone a long way towards restoring Meeting health. A heartfelt apology goes a very long way. Those who lack basic impulse control and choose not to pursue self-restraint for any reason must have boundaries clearly defined for them. In this, my example, I have a pretty good reason of why this Friend is acting out, one that for privacy’s sake I will keep to myself.  Still, knowledge of a problem is not the same as implementing solutions.

An article I read before writing this post summarizes my thoughts quite succiently.


The outcry against discipline in the modern church is, "We are not supposed to judge another." Such an assertion can only be made by people who have an inadequate knowledge of Scripture concerning the matter. The fact of the matter is that if guilt is clearly established (as is always essential), then the person has judged himself.

A persistently contentious matter today concerns the presence of Elders. The word itself seems to invoke an unsmiling scold intent on policing the Meeting with a heavy hand. This more modern definition entirely misses the mark. Quakers are not the only people of faith for whom disciplining its own is a problem. We often view the past as cruel and unforgiving and see no value in it. In seeking not to return to a less evolved time, we have removed discipline from its rightful place. Discipline should always be conducted in a spirit of love, not hatred.

As I conclude, I recognize that as one person, I am limited in the decision-making process. It is entirely possible that it will take more blatant outbursts before he is ever effectively told to stop. Living together in Beloved Community among Friends with strong opinions already thoroughly strains those bonds. Though it may be distasteful, we must resort to corrective actions when no other option remains. Should the offending Friend see the light and reverse course, we should be the first to extend open arms, this in a spirit of forgiveness.

EDIT:  A Friend informs me that the correct term is "Overseer", not "Elder".  Many Quakers no longer use the phrase because it is closely associated in the modern mind with slavery.
Posted by Comrade Kevin at 8:45 AM