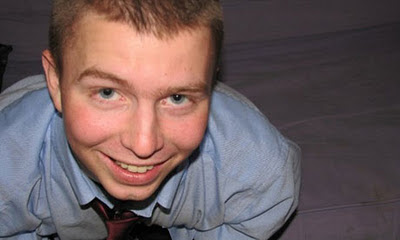 In the latest developments of the Wikileaks case, Private Bradley Manning's espionage trial continues. I find it peculiar that his defense has chosen to use Gender Identity Disorder in the hopes of preventing a conviction. A picture of the Army private dressed in women’s clothing has been introduced during court proceedings. The basic framing of this motion I object to most. As transgender identity gains greater acceptance, few reasons remain to designate gender non-conforming behavior as a disorder.

Disorder implies in the minds of many that it is a kind of illness, or even a kind of mental illness. Manning's lawyers do nothing to dispel this line of thought. Gender dysphoria, in my case, has been present for years. By this I mean I've sometimes felt male and in many ways I have been more comfortable expressing myself as female. With time, I've become much more comfortable existing somewhere between the confines of absolute, rigidly defined gender. I've even come to believe that absolute gender is a societal construct, not a biological reality.

Taking into account the opinion and examples of other people who identify as genderqueer, I've recognized I am not alone. By genderqueer I mean that I find I cannot identify solely as male, nor as female. My conception of gendered self falls outside the two-sex binary. As a result, loneliness and isolation have been consistent worries. The way I felt about myself remained a lasting, constant nag in the back of the mind. I still feel that way today. But neither did those feelings prevent me from working or from living my life. The Manning defense equates transgender with some debilitating disease or chronic condition. Even in my time of greatest questioning and doubt, I was still a functioning person.

I believe that, in this circumstance, the accused did go through significant mental strain around the time he chose to leak classified documents.  In periods of crisis, conflicts within ourselves are more prominent and cannot be easily suppressed.  However, the defense’s argument is a see-through distortion, hoping to deceive those who are ignorant of gender nonconformity. Transgender people have a tough enough time winning acceptance. Acceptance starts within the self, but then must exist within the greater world.  A defense like this is cynically manipulative, even opportunistic.

Cheapening the experiences of those who are transgender does not educate, rather it calcifies and reinforces incorrect assumptions. If Bradley Manning is transgender, he does have my sympathies. However, I should state that those of one biologically assigned sex who dress in the clothing of another are not necessarily transgender. Some would qualify as transvestites.  Manning did contact a counselor to discuss undergoing transition, but considering options does not necessarily mean a desire to undergo an expensive, lengthy process. I do not believe Gender Identity Disorder, if there is even such a thing, to be a medical problem. Rather I view it as a manifestation of a broad, misunderstood gender spectrum of presentation.

Using a disputed diagnosis to avoid jail time obscures the truth. Whistle blowers like Manning who face significant time in jail, should they be convicted, are always few in number and I support his deeds. However, this latest decision appears to be a legal move made purely of desperation. Lest someone get the wrong idea, gender dysphoria is itself a process. With it comes a complex set of feelings and self-judgments.

Nearly everyone who identifies outside one gender norm experiences it. Every person’s process is very different. Eventual resolution usually takes years and sometimes can take multiple years. Some for whom the gender binary is constraining and unhelpful feel the need for surgery, hormone therapy, and a complete transformation.

Others, like me, have discovered that a greater, radical self-acceptance is needed most. I do not feel that I am wholly at odds with my biologically assigned sex, however, I cannot fit comfortably into it. Too much overlap exists for that. Over time, I have talked at length with others who are not heterosexual, and many others who identify as neither fully male, nor fully female. Regardless of whether they identify as lesbian, gay, bisexual, or transgender I have noticed a particularly interesting sort of fluidity.

Each LGBT individual comes to his or her (or an appropriate non-gendered pronoun) own conclusion as to where one fits along the gender continuum. We are alone together, in some ways. Almost everyone acknowledges a blend of identities. Almost no one seems to be exactly like anyone else.

That journey towards greater realization can be a distressing one, at least in the beginning, but we all must make it. If it were up to me, there would be no need to cater to ignorance for the sake of winning freedom. We are granted the opportunity more and more to speak to repressed realities. Should Manning’s defense succeed, it will in effect mean that being transgender is a sort of disqualifying mental illness and thus a disability. This is a construct of belief that in addition to being totally incorrect, plagues far too many already.

We need to recognize that not stigmatizing those who are transgender is the first step towards wholesale comprehension. With comprehension comes tolerance. Such people are already well-versed and skilled in how to think badly of themselves, or to think of themselves as inherently damaged. We can do much better.
Posted by Comrade Kevin at 9:50 AM