Calls for Truth in Print and Church 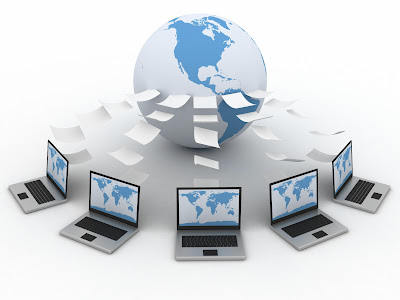 Months ago, my Quaker Meeting was promised full inclusion in a very novel newspaper project. The local esteemed daily, The Washington Post, wanted to showcase who we were and what we believed. Or at least that’s what we were told. In a sign of how far newspapers have fallen in recent years, an ambitious offer was routinely delayed and radically modified from month to month. By the end, it appeared as though we were only being given the opportunity to provide the Post with copy for free and on its own terms. We found ourselves disappointed and somewhat offended by the suggestion.

It would be easy for me to launch into a screed about the evils of old media. The journalism classes I took in college were taught and sometimes peopled by highly principled columnists. But the departure of adequate streams of revenue produced an effect not unlike waiting nervously on board a sinking ship. This religion project would have, I believe, in an earlier era been as elaborate and helpful as it had been originally pitched. But the reporter assigned to it kept drastically modifying his deadline and exhaustively revamping the physical form it would take. I’ll choose to give him the benefit of the doubt and say that I believe the Post simply doesn’t have the money for anything beyond the essentials these days.

Looking at an even broader picture, many groups, religious or non-religious, don’t do an adequate job of basic outreach. This is why I was so excited to take part. What I envisioned was a win-win situation for both of us. We would be seen as real people, not an omnipresent face on a box of oatmeal, a perspective largely three centuries out of date. They would have the ability to boost readership through such an expansive and novel approach. But as I said, for whatever reason, the initial plan has been whittled down to something inexpensive and minimal, not especially aesthetically attractive to the reader, and benefitting more the publisher than the published.

I never thought I’d say this, but we may have reached a time where newspapers, at least, can no longer serve the public the way they used to do. Complaining might as well be considered wasted energy. Other forms of media have sprung up to replace an older model, but the fragmentation that comes with internet freedom doesn’t so much bring us together as it places us in our own boxes. Finding pertinent information these days sometimes feels a bit like participating in a scavenger hunt. It also reminds me of grad school, whereby I regularly had to make my way through a cavernous, moldy-smelling library in order to track down a pertinent, and often carelessly filed journal article.

This analogy can often suffice for many faith groups. The Meeting upon which I was Convinced (converted), upon my first visit, provided me with a pamphlet for newcomers that was fifty years old. In speaking with a Friend from another region of the country, he was surprised that it was still being used, since the tract was considered well out of date by many. Likewise, many of the news values I learned in Mass Communications 101 are simply no longer relevant. Things are moving so quickly now that one wonders whether any textbook could keep up with the pace and not date as quickly as yesterday’s news. Programming, software, and development have always proceeded at a lightning fast clip, and now that the media is tied closely to technology, expect the same dizzying tempo.

I won’t begin to say I know how new media ought to centralize itself or how old media ought to respond to its increasing obsolescence. I will say, however, that we all need a crash course in 21st Century trends, regardless of our age. The problems I see around me, no matter whether they’re present in a storefront business or a house of worship are often that 20th Century strategies are still being used to address 21st Century challenges. Familiarity has its place in other aspects of our lives, but after a while, morning coffee while reading the paper in print form will be a ritual consigned to a museum or a fond memory. Unless faith groups can address the concerns of a new age, their circulation numbers will also fall off dramatically. I’m not arguing for total compromise, rather I’m advancing a very radical notion that both ought to speak truthfully. Today’s audience can forgive almost everything, except lies.
Posted by Comrade Kevin at 8:06 AM

I don't think it is a question of medium (new vs. old) so much as it is the people who are part of them. There are good practitioners in the Fourth Estate, some not so good. Almost all of them struggling to make money while also being a good reporter.

Unfortunately, news is big business now. It used to be that profit came almost secondarily. Media provided news more as a public service and responsibility rather than just business.

Things are bad and I expect news, like everything else in our lives has changed...and not necessarily for the better.