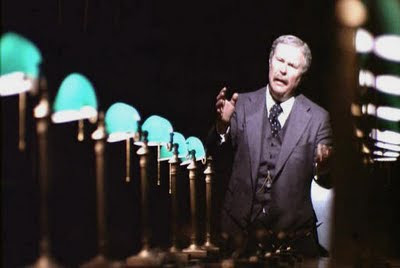 Time Magazine, or at least its online edition, seeks to understand why Google seems to love highlighting a particular "news source" in its search results. The very subtle, but nonetheless evident message implanted within the article is that search engine algorithms might have the same biases and favoritism embedded into them as any other corporation who owns or has partnership with other media companies. I know that by monitoring IP addresses that visit my site by use of a tracker I frequently notice when Google bot sweeps periodically come through to make a note of and reference recently posted columns I have written. It isn't very long after that before I notice that traffic has been directed to my site as a result. However, let me say that I do make a concerted effort to write something unique and meaningful, qualities which are in short supply when effort is not rewarded by much in the way of money.

If you type the name of a celebrity — say, Angelina Jolie — into Google News, chances are somewhere in the top five results you'll get a story from Examiner.com. This is particularly true if the celebrity is in the news that day. For early December that means searches for Tiger Woods, Sandra Bullock and Weezer on Google News consistently brought up Examiner.com stories in the topmost results. And in those stories, by the way, there was very little actual news.

Absolutely. The only currently existing model available to those who blog for pay is centered around advertising revenue as the most important variable of all. Instead of providing a unique perspective on the news, instead one gets a bare minimum of original content and a whole e-farm's worth of hyper-linking and search engine keyword baiting. It needs to be noted, of course, that Examiner.com is not the only site out there using a similar strategy to press a similar agenda. But in that regard, it is not much different to any kind of freelance work which promises sporadic assignments, minimal pay, few benefits, and no real job security. The signer of the paychecks or distributor of funds to the PayPal account still holds most of the cards at the table. In a field where so many are fighting to be heard and where competition is fierce and often cutthroat, employers get utterly inundated with prospective writers and many of them have the ego and the swagger but none of the talent to back it up. Proceeding directly for the easy sell and the low hanging fruit has padded profits but has rarely advanced a civic discourse or issue evolution.

They also have very little news value. Generally, an Examiner.com news story is a compendium of tidbits culled from other websites, neither advancing the story nor bringing any insight (a description, it should be noted, that can be just as fairly applied to many offerings of more mainstream media). Most Examiners are not journalists, and their prose is not edited. CEO Rick Blair, who helped launch AOL's Digital Cities, an earlier attempt at a local-news network, calls them "pro-am" — more professional than bloggers, but more amateur than most reporters. You might also call them traffic hounds: because their remuneration is set by, among other things, the number of people who click on their stories, Examiners will often piggyback on hot news, or oft-searched people. The Angelina Jolie story, from a celebrity-fitness and -health Examiner, discussed Jolie and husband Brad Pitt's recent night out at a movie premiere and assessed their health by their appearance.

Put this way, here is a decent enough description of most collaborative blogs. However, before one buys into this description hook, line, and sinker without taking into account the underlying intent it must be added that Daily Kos was described by Time as one of its "Most Overrated Blogs of 2009" in very searing language.

Markos Moulitsas — alias "Kos" — created Daily Kos in 2002, a time he describes as "dark days when an oppressive and war-crazed administration suppressed all dissent as unpatriotic and treasonous." Be careful what you wish for. With the Bush years now just a memory, Kos's blog has lost its mission, and its increasingly rudderless posts read like talking points from the Democratic National Committee.

Returning to my original point, at the beginning of this post, I referenced an article written to encourage a spirit of full disclosure, no matter how stealthy proposed. I would be similarly remiss if I did not state that I, too, am a reporter for Examiner.com. Yet, I note, however, that in nearly a month of writing for it I have made under $20 for my efforts, even though my pieces usually attract a respectable audience that frequently exceeds the average number of hits which typify the typical DC Politics Examiner. I don't run away from controversy in that which I write, but neither do I seek to provoke without backing up my points, buttressing my argument, and taking into account the inevitable counter-arguments of my opponents. Still, one simply can't keep up with those who dispense romance advice, bicycle repair, child rearing tricks, and pet psychic services. Nor can I keep up with the barrage of ultimately meaningless drivel that might be the opiate of the masses but tends to put me into an opium-based sleep. I do not expect to make much out of any of what I do but I will say that I seek to strategically position and my postings to get maximum exposure. I am no different from many of you reading this, I daresay.

So why does Examiner.com's fairly superficial posts on the big stories of the day end up so often near the front of Google's news queue? "It's not a trick," says Blair. "We have almost 25,000 writers posting 3,000 original articles per day." Examiners take seminars on writing headlines, writing in the third person and making full use of social media, all of which are Google manna. But Blair thinks it's mostly the scale of the operation that makes Examiner.com articles so attractive to search engines, from which more than half of the site's traffic comes. That is, by stocking the lake with so many fish every day Examiner.com increases the chances the Google trawlers will haul one of theirs up.

And here we have a perfect example of why an unholy combination of made up celebrities, made up drama, and manufactured crises for the sake of readership threaten to choke out everything wholly decent. Weeds are on the verge of taking over the garden. Or, as Howard Beale would say, "And woe is us! We're in a lot of trouble!" Speak softly, though, because to some extent we've already been handcuffed by the almighty dollar and may always be. Some realities go well beyond our poor power to add or detract.

In a coy final note, the Time article concludes,

The goal of all these companies, eventually, is to snare local advertising, a $141 billion market that, according to Blair, has been left largely untapped by the Internet. Examiner.com will start rolling out ad packages in the next few months, and will hit up its network for leads.

In the meantime, these pro-am armies are giving the big media companies plenty to worry about. The mainstream media's news-harvesting machines are no match for a swarm of local locusts buzzing over the same crop. And Big Media is starting to take notice. CNN, which already uses a lot of crowdsourced material with its ireport arm, just invested in another local outfit, outside.in. Perhaps the news giant figures that if everybody's going to be a reporter, they might as well work for CNN.

The note is winking and coy because Time is, after all, owned by CNN. I, too, have been an iReporter for CNN, for the same reasons I write at Examiner.com. I don't make a dime out of it, but I do get my name out in the hope that someone, somewhere, is listening, reading, and contemplating. My hope, of course, is that at least with my post there will be an alternative, thought-provoking voice in the middle of all the fluff and unsubstantial content. Perhaps that is what we all wish for when we put our fingers to our keyboards and begin typing or begin synching up our digital cameras. We want to be better than that which we just finished reading or want to be provide a better analysis than a pundit who makes thousands upon thousands of dollars a year to sound supremely ignorant. Yet, we might also need to contemplate our current realities before we get caught up on our own narratives. Recall Network once more.

We no longer live in a world of nations and ideologies, Mr. Beale. The world is a college of corporations, inexorably determined by the immutable bylaws of business. The world is a business, Mr. Beale. It has been since man crawled out of the slime. And our children will live, Mr. Beale, to see that perfect world in which there's no war or famine, oppression or brutality -- one vast and ecumenical holding company, for whom all men will work to serve a common profit, in which all men will hold a share of stock, all necessities provided, all anxieties tranquilized, all boredom amused.

Posted by Comrade Kevin at 8:32 AM

You are a great writer and deserve to be rewarded for it so I do hope you get the recognition you deserve.

I, however, write to express myself which pleases me.

You make many good points here. One key point is that the internet doesn't really have a horizontal structure. On those few occasions that I've received a lot of hits in a day on my site, it was almost always due to some fluke--getting picked up by some site that is frequently checked by Google. In every case, my post was something lifted from somewhere else (albeit, with appropriate citations)--something completely lacking in creativity. In the end, it's only possible to shout to the person next to you in the crowd, which is all facing the CEO with the blaring microphone, towards which all heads are turned.