Reform: Past, Present, Future, or Somewhere in Between 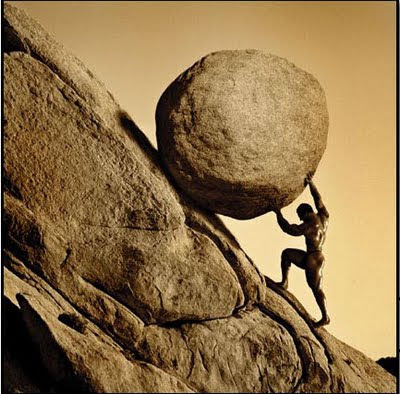 Once upon a time, we saw progress, particularly technological and medical progress, as both miraculous and uniformly desired. The romanticized meta-narrative of the the Twentieth Century was that it was the age of startling innovation and that indeed humanity might find its salvation in the latest invention to improve the human condition. The most common utterance at the time to describe this phenomenon was what will they think of next? The airplane and the automobile revolutionized travel and with it the spread of information and population dispersal. Penicillin was considered a wonder drug upon its introduction and indeed many lives were saved when it began being used on a wholesale fashion to combat infectious disease. The first pesticides were considered miraculous because they greatly increased the yield of crops, with the hopes that their introduction would increase the food supply and in time make widespread hunger a thing of the past. It was believed that our own ingenuity would be our salvation and in time, there was no telling what long-standing problem would have a easy, understandable solution.

Later, however, we began to cast suspicion on any advance lauded in messianic or wildly optimistic terms. To our horror we discovered that the drug which took away morning sickness also created tragic, hideous birth defects in babies born to women who took it. Then we read that the pesticides that, though they meant to increase the food supply, actually created major problems in the ecosystem around them---problems that skewed the natural environmental balance quite unintentionally but quite undeniably. In attempting to eradicate one pest, we often caused a huge increase in population of another organism, creating a brand new problem in the process. The system of pest control as set up by Mother Nature then was seen as more desirable as the one shaped by human hands. And this idea began to take shape in the minds of many to the degree that this belief has many adherents in this age. Take a stroll down the aisles of your local Whole Foods if you need a visual demonstration.

But I will say this. Old ways of doing things are not necessarily better ways of doing things. Though we may have swung the pendulum from one side to another in the course of half a century or so, we shouldn't lose sight of the true balance of things. Anyone who has walked down a street where automobiles are not available and where all traffic directed down a major thoroughfare is pulled by horses knows the filth and the stench that fills the air and collects on either side of the roadway. It is for that reason, among others, that the horseless carriage was developed in the first place. We must not ever assume that the motives of those who came before us were summarily evil or distasteful simply because they did not have the ability to measure what they did by the power of hindsight. Any of us could look like geniuses if we had that in our favor. We often look for an easy enemy when the true hard work is to work to reach the point where we recognize that there are no easy answers and no easy targets. Demystifying the past does not imply that we ought to summarily scrap its lessons. The mythology of past ages needs to be removed, but those who view past behaviors and past events without rosy gloss can find many helpful examples for contemplation, provided, one doesn't heave it into the trash can in one go, assuming the whole bunch is rotten all the way through.

The larger point I am making is that it is tempting these days to assume that the advances of the past are purely evil, based on their unforeseen and unintended consequences wrought by best intentions. We have gotten to the point now that we are reluctant at times to modify the world around us even in the slightest, lest we upset the fragile balance of energy, life, and movement that defines existence as any being currently alive. While we are humans, we are also animals, too. Our will dictates the shape and pace of the world around us, of course, but so also does our very existence. Global Warming is the buzzword phrase of the moment and while I do believe that human decision making has modified the climate and weather patterns for the worst, I do also know that the environment has a way of being adaptive that we often do not grant it, nor fully understand. We see things through such selfish, human terms at times, and even our best intentions do not disguise the fact that everything often relates back to us in the end. We were created selfish. Self-preservation is what consumes us above any other preoccupation. Still, this is an impulse we must fight against if we ever wish to live in peace with each other. We have more in common than we admit, but it's often the very things we don't like to admit even to ourselves. There is a limit to our understanding, and in fifty years from now, perhaps we'll set aside Global Warming for the latest theory that defines our guilt and gives us a rallying point that demands we be unselfish not towards each other, but towards all living creatures.

Whether we are kings and queens of the beasts is a matter for debate, but we do have the benefit of higher brain function, and this is what makes us so much more influential than the average mammal. We seem to confuse at times the fact that we are both animals and also beings beholden to reason, somehow simultaneously separate from the fray. We exist in our own orbit and while it is wise to understand that the earth does not strictly belong to us, we do modify it by our very presence. When a butterfly can create a ripple effect just by flapping its wings, imagine what the average person creates by stepping outside on his or her way to work on the morning. I'm not saying that we ought not be aware of our carbon footprint and we ought not recognize that being less wasteful and more protective of nature is worthwhile, but that one can micromanage one's degree of social consciousness to an extent that ending up miserable is the inevitable byproduct.

In a broader context to that, I notice how we lament the slow progress of reform and regulation. Our split loyalties are often to blame for this as well. If we were able to reach a happy medium between the supreme authority of old ways and the supreme authority of new ways, then we might actually get something done in a timely fashion. So much of Liberalism and Progressivism these days is conducted from a defensive posture, with the belief in the back of the mind that no matter what is set in play, it will inevitably blow up in the end and create more problems. Well, with all due respect, this is merely part of being alive. Any decision made will create future problems that no one could ever predict at the outset, but this shouldn't paralyze our needed efforts, either.

Again, reform is a constant process of refining, re-honing, and revision. It's foolish to expect that one bill, one policy statement, or one innovative strategy will come out perfect and never need to be updated to reflect changing times. Rather than seeing this established fact as frustrating or limiting, we need to modify our expectations. As President Obama said last week in his Nobel Peace Prize acceptance speech, "...[W]e do not have to think that human nature is perfect for us to still believe that the human condition can be perfected. We do not have to live in an idealized world to still reach for those ideals that will make it a better place." We are imperfect. Our ideas, no matter how immaculately crafted at the time, are imperfect, and the passage of time will render them more imperfect.

But there is a difference between expecting individual or communal perfection on a case-by-case basis and not striving to improve the lives of those around us. A century from now, if there is a blogosphere, I'm sure many people will laugh at the nonsensical barbarism of a previous age where every citizen of the Earth did not have health care coverage from cradle to grave. But in this hypothetical example, it would be easy for them to make this judgment if they made it based on a naive, cavalier understanding of our times. If they viewed them purely through the lens of their times without understanding the events, beliefs, and myriad of factors which led us to undertake the great struggle before us, then their own perspectives could not be taken seriously. Again, we might be wise to understand why we always seem to crave an enemy. Voltaire mentioned that if God didn't exist, it would be necessary for humanity to invent Him. Likewise, if enemies didn't exist, it would be necessary for us to invent them. That the very same people who speak of unity and can't understand why we don't have it are among the first to construct an antagonistic force and project all of their frustrations upon it is the deepest irony of all. Our most powerful enemy is us.
Posted by Comrade Kevin at 10:25 AM