Test Votes Mean Nothing to Afghanis and Americans 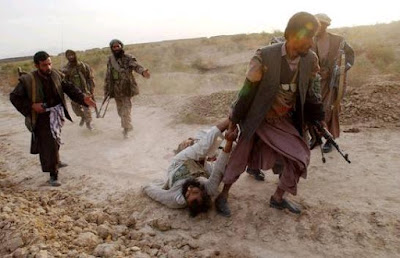 One hopes that President Obama will strongly and clearly frame our mission in Afghanistan tonight, including the reason for our continued presence in a country that has known wave after wave of outside invaders fighting to advance their own ends. We are but the latest army to set up shop and increase troop presence in pursuit of an elusive and often invisible enemy force. The ultimate result is cloudy at this juncture, as was the previous President's troop surge in Iraq when it was proposed. I would hasten to call the latter decision an unequivocal success, but it did largely and surprisingly contain a low-grade Civil War. It is with this fact in mind that many will choke down the prospect of another round of foreign entanglement, troop deployment, and media saturation coverage of major military skirmishes yet to come.

One could, I suppose, reach for an obscure citation describing a similar conflict to which the United States committed troops. In this situation, however, there are no easy parallels and no conventional warfare nor wisdom to cite. The Soviet Union's disastrous nine years in the country might be the best possible comparison under the circumstances, but the peculiarities of that conflict leave it more akin to Vietnam to our current endeavor. The Soviet War in Afghanistan was an attempt to bolster the existing Communist party from collapsing against the Mujahideen. We, of course, allocated weaponry and financial support to the Islamic insurgents as a means of undermining the Soviets. What has been forgotten in this day is that for nearly fifteen years, the Communist government ruled effectively and made great strides in developing a civilization rather than a backwards state beholden to constant conflict. With the collapse of the USSR in 1991 came the decline of the Communist state and the rise of the Taliban, which single-handedly destroyed years of reform and plunged the country back into the Dark Ages. The country deserves lasting stability if it is ever to move forward in time but until it ceases to be a designated battleground, it never will.

Afghanistan has been the recipient of arms, aid, and funds from a variety of sources as a result of its being a convenient buffer zone between competing rival powers. This arrangement goes at least as far back as the late Nineteenth Century and continues to the present day. The country has, as a result, never really known true peace or much in the way of a cease-fire and has a sordid history of corruption, coups, and violent transfers of power. Until the start of the Afghan Civil War, which began in 1978 and has never truly ended, the mountainous nation had finally begun to develop some degree of infrastructure and to possess the means to set aside bloodshed. However, events from neighboring countries dictated its policy for it, and with the destabilization of the Middle East that came from the deposition of the Shah of Iran came the end of the short-lived Afghani Armistice.

The Afghani people are the real losers in this back-and-forth and that they would be extremely suspicious of outsiders with guns promising results in exchange for their trust seems a no-brainer. Trust is, as the saying goes, something earned rather than granted, so if we are hellbent on increasing troop levels, winning over skeptical minds is something we must achieve on a massive scale, along with whatever our stated military objectives may be. We cannot afford to slip up or embarrass ourselves with such unconscionable offenses like the Abu Ghraib Prisoner Abuse scandal or the flap over waterboarding detainees. The Afghan people will not respond to empty promises or coercive tactics and it is our actions, rather than our words that will determine whether or not this renewed mission succeeds or fails. I can only hope that our President keeps this in mind when he steps to the podium tonight and attempts to sell us a life assurance policy we may or may not really need or want. I am at least willing to entertain the pitch, but I ain't buying yet, either.

Count me among the skeptics and the hard sells. I find the very idea of war distasteful and against my religious convictions. To me, a "good" war is an oxymoron in terms. Despite this, the anxiety that fuels self-preservation combined with the compulsion to win rather than to lose usually is sufficient in and of itself to bolster popular support, at least at the outset and for the short term. Anti-war supporters will lodge their complaints with their elected Representatives, attend their candlelight vigils, march if necessary, and find themselves in a familiar role as the for-the-most-part Loyal Opposition. I myself will need more than a good speech, a cogently defined battle plan, and an exit strategy to table my substantial reservations. If we are to succeed where so many have failed, we must have strong leadership and we must hold ourselves accountable when we fall short. Abuses and glaring mistakes must not be allowed. Potentially scandalous incidents must be dealt with immediately and not be swept under the rug. Obama has cast himself, albeit reluctantly, as a War President and as a result his approval is now hitched to the ebb and flow of a major foreign policy decision. A leader who has proven himself at times to be overly cautious rather than firmly decisive cannot treat military combat like a bill stuck in committee.
Posted by Comrade Kevin at 9:48 AM

I agree with you on this: a "good" war is an oxymoron in terms.

I understand O's hand are tied, but still.

At least we have a troop withdrawal date for Iraq.