Reform is a Gift to Others Beyond Ourselves 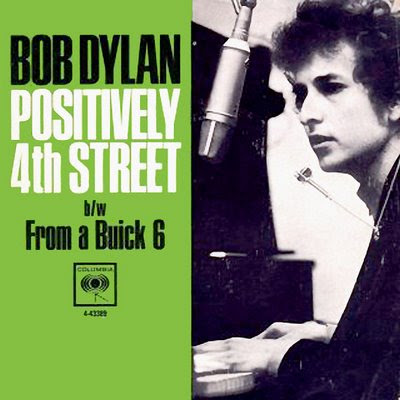 With President Obama being a major disappointment in some corners, it was perhaps inevitable that Hillary Clinton loyalists would exercise their right to second-guess the inevitable nominee. Anne Kornblut's column in The Washington Post entitled, "When young women don't vote for women" is but the latest effort to chastise young feminists and young women in general for not being more supportive of the first female candidate to make a serious run for the White House. The column, regrettably, also invokes the counter-productive liberal guilt complex construct of the Oppression Olympics to make its point, which is something I thought we had recognized does nothing to unite and everything to divide. Pitting women against African-Americans in some kind of twisted priority system has been the demise of many worthy organizations and the beginning of arguments that inevitably lead to raised blood pressure.

To emphasize her point, Kornblut relates an anecdote regarding a talk that former Vice-Presidential candidate Geraldine Ferraro had with her own daughter. In particular, it centers around why the latter voted for Barack Obama instead of then-Candidate Clinton.

[Ferraro's] daughter struggled to explain, saying Obama just inspired her. "What does he inspire you to do, leave your husband and three kids and your practice and go work for Doctors Without Borders?" Ferraro snapped in response.

Ferraro was livid, and distraught. What more did Hillary Clinton have to do to prove herself? How could anyone -- least of all Ferraro's own daughter -- fail to grasp the historic significance of electing a woman president, in probably the only chance the country would have to do so for years to come? Ferraro hung up enraged, not so much at her daughter but at the world. Clinton was being unfairly cast aside, and, along with her, the dreams of a generation and a movement.

I often wish that we would not enshrine our heroes and our victories in concrete, granite, and bronze. I like it even less when we enshrine them in the pages of history textbooks that peddle the myth while glossing over the reality. Doing so often makes people believe that the cause is somehow fulfilled, the dream somehow firmly resolved rather than supremely deferred. The battle may be won, but the war continues. The Civil War might have concluded over a century ago, but we still deal with the consequences and the fallout. The Civil Rights Movement did not end with the enactment of the Voting Rights Act, and as we have seen recently, the establishment of Medicaid and Medicare, successful as they are, did not mean that additional reform was unnecessary. I am sure that the cause of women's rights would not draw to a neatly satisfactory coda if the Equal Rights Amendment were to be enacted, either.

Third-wave feminists in their twenties and thirties, like myself, contrary to what those who came before might think, do certainly appreciate the protests, the struggles, and the hard won concessions of our elders, but we also feel understandably slighted and devalued when our mothers (and some fathers) think that we must be ungrateful and unappreciative for their sacrifices. At times this attitude reminds me of my childhood, particularly being upbraided by my mother as an spoiled ingrate for all of the things she did for me, denying her own desires in the process. After all, my own mother was heavily indebted to Women's Liberation, though the label "Feminist" is one that she was reluctant to wear on her sleeve, though I'm sure she might identify as such if asked in conversation.

Moreover, there is a very real temptation with age to run in place rather than forward and in so doing believe that the reward for a job well done is to rest on one's haunches and bask in the glory of a fading epoch. Activism and activists ought not to expect nor be satisfied with retirement. If sexism and misogyny were present in the same fashion as in, say, 1970, the second-wave pioneers might have a point. But being that the only constant in life is change, so too is injustice and oppression. Enemies reform, evil regenerates, and new problems require new solutions. This is where we differ from our parents and this is where those of an earlier time fail to make the connection.

To younger voters, Clinton was both a relic of that era and a victim of its success. She was the wrong woman at the wrong time; she was a Clinton; she hadn't gotten there on her own; a woman could be elected another year. After all, the reasoning went, it would be easy enough next time. Look how simple it had been for her.

This is not true one iota. Younger voters didn't vote for Hillary Clinton for the same reason that voters for voters of every age cast their votes for the other guy. To be blunt, she ran an awful campaign. The prevailing strategy adopted by her inner circle was neither inspiring, nor particularly coherent. The candidate herself did nothing to dispel public perception of her worst qualities, with the exception of one unguarded moment in New Hampshire when she shed tears. The Clinton '08 bandwagon was indebted to inertia and entitlement, two qualities which almost always prove fatal in politics. Running as though she had already won left her unguarded and utterly unable to keep the Obama campaign from running circles around the Clinton machine and in so doing energizing the base of the party and the natural human inclination to support the underdog. In life, the best prepared team wins, as does the team who clearly desires victory the most.

There is, of course, a happy ending for those whose affections still lie with Hillary Clinton. Now, more than a year later, away from the constant glare of reporters and cameras, Hillary Clinton has re-invented herself as a stateswoman, and her approval rating shows it. She is now more popular than her primary opponent, which is partially due to the fact that she no longer is in the public eye on a constant basis, and also because she has shown a side of herself that was never adopted on any wholesale basis until the end of her run, at which point she trailed in pledged delegates to such a degree that she was unable to overtake her challenger. There are many lessons to be learned in this, least of which is that conventional wisdom often shows itself to be neither conventional, nor especially wise.

The generational divide would rip through families and the feminist movement, exposing a fault line that had been lurking under the surface for years. Daughters heard from mothers everywhere. When Sen. Amy Klobuchar (D-Minn.) decided to endorse Obama rather than Clinton, she got an earful from her mother back home. "I guess some people will do what some people have to do," her mother said in an acerbic voice mail message, adding: "but for some of us, this will be our last election." (Emphasis mine)

To me, this attitude is about as helpful to the cause as those who have vowed to defeat the Health Care Reform legislation because it doesn't contain the public option or include more Progressive measures. It is this same sense of desperation that demands that if we don't have everything on our Christmas list, then we'll never see the bill we need in our lifetime. It's understandable to think that way, but I counter this attitude is out of made of desperation and fear---reform and historical firsts of any sort ought to be indebted not just to our selves and to our own generation, but to generations to come. Those who struggled for Independence from Great Britain were not fighting merely for the right to have their own nation for themselves. They were thinking beyond the present into the future, which is, I recognize, a construct that promises nothing but speculation and no solid facts. Still, unselfishness demands that we think beyond our own head space and contemplate life not just for those we have sired and who they might sire someday. Reform is our gift to the future and it is our gift to those who are not our own kin, do not necessarily speak our own language, and do not necessarily believe exactly the way we do.

I have slightly modified a lyric from a song that seems pertinent in this context.

Because something is happening here
But you don't know what it is
Do you, Ms. Jones?

FWIW, Hillary Clinton was never an acceptable candidate to me, for reasons that had nothing to do with her gender, although something to do with her key role in her husband’s administration. I’m alarmed by political dynasties, for one thing. The early prospects for 2008 — Hillary Clinton or Rudy Giuliani — were enough to make me almost despair for the country. What a pleasure it was to see both campaigns fail and a pair of no-hopers like Obama and McCain take the lead.