The Fellowship of Peculiar People 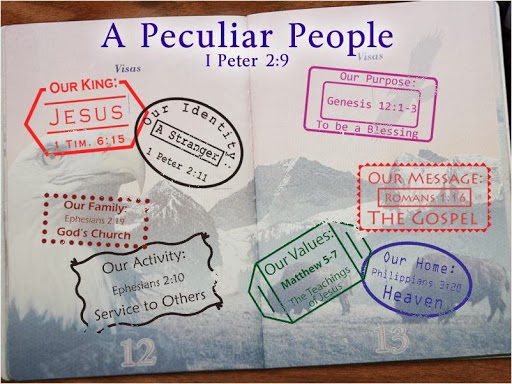 My father is a complex character. As he has gotten older, I have been increasingly aware that I will not have him with me forever. It is for that reason that I’ve sought communication with him more frequently, trying to catalog his life’s history. Dad’s story is, in many respects, my own.

In our most recent conversation, he expressed ambivalence and a kind of survivor’s guilt. We tend to speak more of the past than we do of the present or future these days. What he said surprised me, especially when I’d earlier heard him speak contemptuously of one particularly odious proxy war.

“Sometimes I’m glad I didn’t go to Vietnam,” he stated, “but sometimes I wish I had.”

Life can pivot on two choices that lay in front of us and which one we took. Religious conviction aside, I’m glad that my father didn’t enlist. Now that I’m an adult, I ask him for advice and value his opinion in a way I did not when I was much younger. I know I will have him several more years, God willing, but every visit home he has lost more hair and is a little more unsteady on his feet.

He lost a friend in active combat. One of his classmates from high school wanted to be gung-ho and prove his masculinity, so he qualified for the Marines. Following the grueling drills, the friend was deployed immediately. In proof that war is cruel and ironic, months of specialized training were never put to the test. He was dropped by helicopter into a heavy firefight, took perhaps two or three steps forward on solid ground, and was killed by enemy fire. From start to finish, he died within ten seconds of touching down.

Before I lived in DC, the family took a trip to Washington. Dad made a point of visiting the Vietnam Veterans Memorial and scouring the names to find the one belonging to his friend. That was the first time he publicly shed tears and probably one of the last. I remember the discomfort on my mother’s face, responding to the grief on his. Dad recalled the last time he’d seen his buddy alive. The thing to do in those seemingly carefree days was to work on cars or rebuild older ones for racing. The friend had been appropriately cocky and full of bravado, a true believer in the cause. This is not a difficult stance to adopt, I have observed, when a person is only 18 years old.

Dad stayed out of Vietnam for a myriad of reasons. For one, his draft number was very high, making it unlikely he would be selected. His best friend’s father was a well-connected and wealthy lawyer, with significant sway over the local county’s draft board. Quietly, behind the scenes, my father’s name was removed from the rolls. Dad never found out until many years later. To not take any chances, Dad became a state trooper, because being a part of law enforcement usually disqualified a man for military service.

I write extensively about being Quaker and the particulars of Quaker identity. Should conscription be reinstated, I would need to file for Conscientious Objector status. I’m fairly certain I have enough of a paper trail, a personal conviction, and people willing to testify on my behalf to keep me out of war. I have been fortunate to live in a time when an all-volunteer army is sufficient and when conscription has not been in effect.

Unlike my father, I don’t believe that wars are inevitable or that I somehow belong on the battlefield. I’m supposed to remove the occasion for all wars, which is to say that I am to short-circuit conflict wherever I see it, be it militarily or even in my personal life and daily dealings. I fall short, but I vow to do better next time. Unchecked grievances between people can be the first steps towards a hot war. A dangerous spiral continues and instead of a fight between two people, we have a fight between two nations.

Friends have their own ambivalent attitudes, especially when it comes to the Old Testament, which is full of wars and rumors of wars. A famous passage from the Book of Joel reads this way.

"Proclaim this among the nations: Prepare for war! Rouse the warriors! Let all the fighting men draw near and attack. Beat your plowshares into swords, and your pruning hooks into spears; let the weak say, “I am a warrior.”


This would seem to contradict Quaker pacifism and its reliance upon the Sermon on the Mount. The Early Friends must have seemed like eccentrics to be eager to lay down their weapons. Giving women equal voice in Worship must have been unbelievably odd or even threatening to the average person. I personally perceive of Quakerism as a feminist religion, but I know others might not interpret it the same way as I do.

Once more, I’ll use a particular quote to emphasize what I mean. In his day, Samuel Johnson was a writer and noted wit. He was also curtly dismissive of this new sect, the Religious Society of Friends, even resorting to a kind of sexism thankfully not seen as frequently in our own times.

I told him I had been that morning at a meeting of the people called Quakers, where I had heard a woman preach.

"Sir, a woman's preaching is like a dog's walking on his hind legs. It is not done well; but you are surprised to find it done at all."


Quakers have long identified themselves as peculiar people. Until recently, I assumed this meant that we were strange as personalities and odd in our manner of Meeting for Worship. In fact, this is not so. I am mistaken but gratefully so. A passage of the New Testament book of 1 Peter is the source of this quotation. It is only found in the King James Version. Subsequent translations attempt to convey a more concise meaning for the modern day by removing three crucial words.

But ye are a chosen generation, a royal priesthood, a holy nation, a peculiar people; that ye should shew forth the praises of him who hath called you out of darkness into his marvelous light:

Being thought of as peculiar is a great compliment, not an insult!