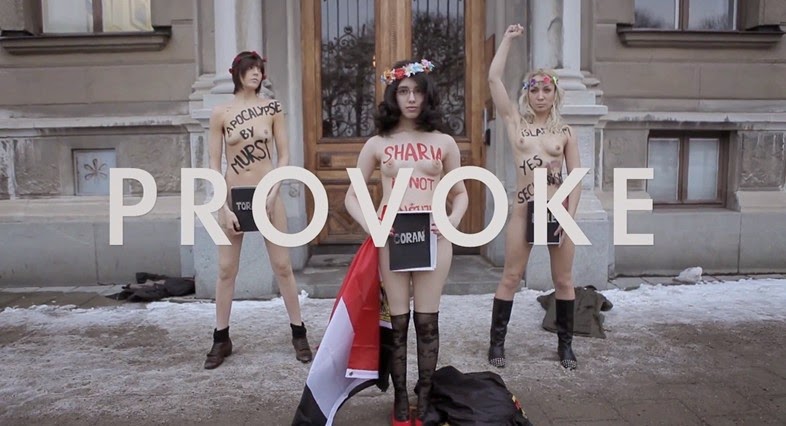 The owners of the apartment complex where I live employ the same workman to fix every task. In addition to being the owner of some spectacularly bad tattoos, he dresses and acts like the blue collar laborer that he is. I live in a predominately white, middle class part of the city. He lives outside the Beltway and commutes in every day from a small town in Maryland.

In a country designed to eliminate class distinctions, I find that we have succeeded in some ways and failed in others. His beliefs are not my own and mine are not his. The two shall never meet. He’d never be the one to encourage a deeper dialogue; our discussions rarely go beyond small talk. He’s the handyman, but he knows me by name and over time I’ve learned his.

A few years back, I purchased a feminist t-shirt from a website. Wearing it in public had very mixed results. I wasn’t really seeking to provoke a response, as my college days of billboard activism are no more. The shirt made some women appreciative, but others weren’t quite sure how to take it. Two women at a coffee shop made friendly eye contact with me as they passed by my table. A woman who shared the same public transportation car was visibly uncomfortable at the sight, unaccustomed to such sentiments being advertised by a man.

In the company of men, I experienced lots of what are known as microaggressions. Microaggressions are statements both passive-aggressive and defensive.  Their implied meaning is easy to understand, even though they stop short of direct condemnation. In a way, they are similar to the dog-whistle coded language of politicians, speaking one’s mind without directly stating it for the record. For them, the truth can always be denied if stated subtly.

I happened to be wearing the shirt when the workman entered my apartment to complete an assignment. He was taken aback, so much so that he tripped over his own feet trying to get out the door. I’m not sure precisely what he found distressing, but I can wager a few guesses. Later remarks to me indicated that he had not forgotten our earlier meeting.

When I said that I was planning on supporting a female candidate running for local office, his response was matter-of-fact.

“So, I bet you’re voting for the woman.”

The statement seems innocent enough, but placed in a proper context with body language and vocal emphasis, it is defensive and derisive. In his mind, I’m throwing my support to women over men, as though I am betting against my own kind. This is not a sporting event, but this is the lens through which he views my convictions. To him, I’m giving away my birthright. He can’t understand the reasons for my stance and I know that trying to state my case would probably be wasted effort.

I want to be cautious before complaining too vigorously. The breaks awarded me by virtue of luck and genetic chance likely limit whatever discomfort I feel. But even so, I find myself frequently placed on the defensive around other men when I put this side of myself on display. The t-shirt was quietly retired and now languishes at the bottom of a dresser drawer, unworn. I look at it sometimes and almost put it on, but I talk myself out of it each time.

If I were a stronger person, I’d keep it in my weekly rotation. Unintended consequences like these have kept many causes silently unexpressed. Women never can benefit the way I can. Eliminating a wardrobe choice isn’t enough. I have the ability to remove most of my critics by a relatively simple act. In another aspect of my life, I have the ability to run to the closet if I feel the need to protect myself, but they are women regardless of the choices they make.

Conflicts like these have kept male allies like me in short shift. Those who do remain are often bisexual or gay men, who have never felt traditionally male. Straight men are even more unusual. I concede that my sexual orientation does lead me to feminist discourse, but it’s not the only reason why I have felt led to participate.

Every aspect of my identity thirsts to establish equality, and every identity I claim provides distinct approaches and ideas to accomplish those goals. In a perfect society, there would be no reason to wear any t-shirt slogan. We've fallen short in our stated goal that all men are created equal. If we can't hold ourselves accountable to a standard that other countries find to be the epitome of American, we can't begin to take on other needed tasks.

The struggle before each of us is daunting. Over the course of the past several years, I find my consciousness has been stretched and expanded considerably. Knowing what I know now feels freeing, but many of the ideas I have uncovered cannot be expressed beyond a certain tiny kingdom. If we live in a world of anxious masculinity, what I hear from many men is a cry of panic and fear.

My father has always found feminism threatening, for much the same reason as the workman did. He concedes that I might be foolish enough to associate myself with such people and largely leaves me alone. His criticism is strident and immediate when speaking on the same subject to one of my sisters, herself a feminist. He finds Rachel Maddow angry and yells at the television his disapproval.

I’m not sure where to proceed from here. Gender Studies was a self-limiting, isolated minor where I went to school. I would have benefited from a hefty dose of it, but it was not a requirement in school and in life. Instead, I had to learn it myself, which was good in some ways, as I learned from real life interaction, not feminist theory in a textbook or a course.

Misinformation is our real adversary. Passion doesn’t matter if the message isn’t received. When I’ve meant to provoke discussion in others, the effect has been intended to speak to the creativity I see everywhere. To break through the noise, new strategies must be tried. Our life can speak to our causes, but leading by example is only one approach. If I’ve pushed myself and others hard, it has been to leave our comfortable spaces where no one gives me a cross look. We all must wear the t-shirt, knowing that we cannot say for sure what reaction it will provide.
Posted by Comrade Kevin at 9:36 AM