A Few Words on Illness and Adjusting to It 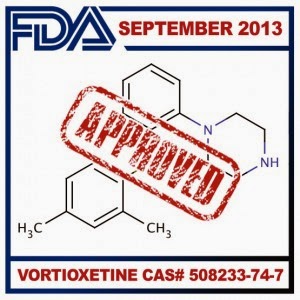 Most of the time, we’re not aware of the brain in the way we are other body parts. I use my fingers and hands constantly throughout the day. When injured, nerve endings tell me that something is very wrong. From experience, I know precisely how to treat a minor cut or burn. The brain is different. There are relatively few instances where it’s possible to sense direct pain from that most crucial of all body parts.

Antidepressants work by increasing the function and multitude of neurons. Due to genetics, I was born lacking enough of them. Now that a new sheriff is in charge, my brain is scrambling to adjust. Medications used to treat depression indicate precise marching orders. In the past three weeks, those orders have changed dramatically. The process is not over yet. I’ve moved from one drug to another and now my body is seeking to cope.

Working through the pain is a necessity. I’ve learned how to force myself to make coherent sense and to be productive, even when I feel severely drugged and distanced from the outside world. At a different, less responsible time in my life, I lived every moment on marijuana. Anyone who identifies or has identified as a pothead knows what I mean. My state of mind was always impaired. It amazes me how functional I was during that brief, but potent period of my life.

Surrender is waving a white flag and succumbing to lethargy. I’m too motivated to languish, too driven for idleness. The last two weeks are evidence of my drive to stay productive. As I write these words to you, I can feel something strange going on up there between discomfort and pain. I feel the sensation of neurons in a semi-chaotic state, resisting the complex chemical structure that research science has devised. It feels tingly and warm, electrically charged.

I’m not really sure when the adjustment symptoms will subside. One never does. I’m on a brand new medication called Brintellix. Being prescribed the next new thing provides potential outcomes both good and bad. The good thing is that it has the potential to be extremely successful in ways that others were not. The bad thing is that doctors haven’t had an opportunity to observe precisely how it works in their patients. Psychiatric medications are notoriously imprecise, and it is only through direct observation that their impact can be adequately judged a success or a failure.

Treatment is a question of proportion. I’ve been on nine different medications for the past three or four years. Every prescription added to the canon produces its own side effects. I admit that I wish I lived 100 years in the future, if that meant more exact treatments for bipolar. I have talked about the limitations of medications devised to treat disorders of the brain until I am blue in the face. I suspect I will for the remainder of my lifetime.

The medications specifically designed to treat my condition have had a corrosive effect. I’ve developed abnormally low levels of testosterone for a man my age and required surgery for overactive bladder. Though no one can tell me why I developed these medical issues, I know that nearly twenty years on psych meds are to blame. One drug corrects what another has damaged.

Mood swings and intrusive thoughts have been my lot as long as I can remember. For the moment, I am not fully protected, meaning my psychological defenses are down. A difficult lesson for people with mental illness to learn is how little mental effort other people devote towards insulting or belittling us. To wit, I am usually the primary source of hurtful untruths and baseless fears, not any other person. But, it deserves to be said, our feelings of rejection and insult are not always figments of our imagination. Those who have not adequately dealt with their own internal problems have sometimes responded in ways that are not especially kind, nor compassionate.

Irrationality doesn’t need to be fed. Adding fuel to a fire of nonsense only confirms that it was real in the first place. I have gravitated to religious groups and religious settings because in them, I find that most people desire to be inclusive and not dismissive. Each of us have gotten severely injured in certain undesired environments. While I do genuinely feel that we are called to be kind to each other, nor am I indebted to the idea that I think that love, peace, and understanding are enough.

Wisdom doesn’t have a side. It has no reason to always be right. We can call it the high ground if we wish. It doesn’t salivate upon command like Pavlov’s dogs. It knows that extending sympathy is not enough and reacting without prior consideration is ineffective. It’s not easy to co-exist, and I think the behavior of some leads others to scoff dismissively at the naiveté of being always overly trusting and sunnily optimistic.


A middle ground exists. I seek it in my own way. I drift between the potential of mania to the potential of depression. Neither is finite. Instead, each exists along a continuum. Every day I wake up feeling different. I can even forget I have these health problems until I’m reminded of them once again. Binaries are over-simplifications of complex truths. I think that pain and joy are the two states that we can neither prolong, nor ignore. Until we take our own internal temperature, living a life where the behavior of others does not knock us off our moorings is imperative.
Posted by Comrade Kevin at 10:43 AM