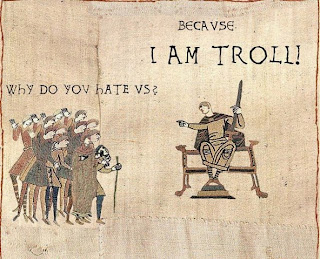 I live my life like an open book. I open myself up to everyone in what I write and in my conversation with others. Few secrets are kept from my readers, nor from friends or casual acquaintances. I have never considered this behavior over-sharing or a desperate plea for attention. For me, the personal will forever be the political.

That particular phrase first came to prominence during women’s liberation and the consciousness raising gatherings of the 1970’s. In this setting, women who had never felt they never had the right to voice their real feelings were encouraged to open up, often for the first time ever. Those days may be in the past, but the power of first person narrative and the sharing of stories cannot be discounted. Even today, too many put their personal needs secondary to those of others.

I made a pact with myself years ago. Details about my personal life would be freely shared, not concealed, provided there was a good reason for it. Though I have always been brutally honest, I have come to appreciate that personal narrative is an enormously powerful tool, if done well. A good balance between autobiography and facts to support it makes for a compelling read. For a person seemingly born without a filter, however, life becomes little more than a lurid melodrama and a scandal sheet. I use my life story and those who are close to me as a means of illustrating much greater lessons, not for cheap gratification.

Last week, I had to deal with two very persistent trolls for several days. I had little experience with how to manage this outbreak. It took me a while to find an effective strategy. One of them hurled a series of petty insults at me in an especially energetic offensive. Its attacks were launched, one by one, using three separate social media platforms. I must admit I was not expecting pitched battle on three fronts, nor did I ever anticipate that a person might be committed enough to keep it up as long as he did.

From both of these disgruntled readers, I received a series of nasty remarks that grew even nastier as time progressed. They appeared first on a random YouTube video clip that I had recorded three years ago. Next, they popped up on my Twitter page. And finally, my blog was targeted. Whomever is responsible for these insults assumed that they would use multiple personal details about my life to try to get under my skin.

I can’t for the life of me understand why they felt that to be a worthwhile strategy. The cat’s out of the bag. I’m not ashamed of what I share online, and know full well what has become public domain. I’m not sure why they felt I might somehow be embarrassed or ashamed of details I voluntarily published in a very public forum. Anyone who wants to uncover some secret about me is wasting his or her time.

What did give me some reason for concern is how extensively and obsessively one troll had read my blog. To have knowledge of the information he sought to use as blackmail, he would have, I estimated, needed to read between two or three years of entries. Most people trying to inflict harm on another person don’t bother with anything that time-intensive, nor that time consuming. This behavior is more in line with a stalker than to a foul-mouthed idiot who has to pull others down to make himself feel better.

Let it be said once more that even annoyances have a silver lining. I have been privy to a valuable lesson, one I intend to never forget. Women, I have a new respect for your toughness and your resilience under pressure. This is especially the case for women who write, or women who comment frequently on websites. You get it fifty times worse than I do.

I write as a man and from a generally male perspective. And I recognize now how much I benefit from male privilege. I am rarely treated with the sort of rough dismissal and abuse that might be a daily occurrence for you. That I have only recently experienced discomfort on this level lets me know how lucky I've been. Having blogged for seven years and been a more or less serious writer for maybe three or four, it’s remarkable I haven’t received this kind of treatment long before now.

I have never been called cunt, slut, bitch, or feminazi. I have never received a death threat because of something I wrote, or even multiple death threats over time. I’ve never had to worry about keeping my identifying details secret, or to fret about someone finding out my physical address. These are routine occurrence for many women who dare to put themselves out there, much as I do, day in and day out. I know a little now of how it must feel when a loser with something to prove decides to play mind games.

I learned last week during the troll infestation is that I am slowly losing my anonymity. When I was a total unknown, no one would have cared enough to try to bully and intimidate me. Now I see the opposite side of the coin, which is true for anyone who consistently sets himself or herself out before others. A story I write that shares a moving account of an especially problematic time in my life may inspire others to take control of their own. But those same details can also be used by blackmailers and bullies, especially if they think they can wind me around their little finger and try to get inside my head.

The more my name grows in stature, even modestly so, the more likely it is for experiences like these to grow more frequent. I have accepted this reality, because I genuinely love to write. There is another reason that is equally important, if not more so. I intend to live my faith and, in so doing, let my life's example speak for me. A particular passage of scripture teaches us that we are the light of the world.

No one lights a lamp and then puts it under a basket. Instead, a lamp is placed on a stand, where it gives light to everyone in the house. In the same way, let your good deeds shine out for all to see, so that everyone will praise your heavenly Father.


In every word I write and every aspect of my life that I decide to put out for mass consumption and mass criticism, I shine my light before people. How others take it is a decision entirely theirs, and is neither my problem, nor my concern. The only antidote to the ugliness of those who would seek to beat us down into submission is a dogged persistence on our part to resist. And if we want our deeds and acts to have an impact greater than a few well-placed words on a page, we mustn’t fear the ridicule of a stranger or two. We will not be silenced. Religious or non-religious, atheist, agnostic, or lapsed believer, let your light shine out for all to see.
Posted by Comrade Kevin at 9:13 AM