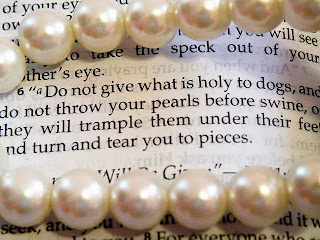 Among women, I am told that a peculiar kind of competition exists. It is a contest to see who can be the nicest and the most pleasant. Men would laugh at the very premise, but women are often socialized to be people pleasers, never to step on anyone’s toes or to hurt feelings. Good girls are rewarded, while women who do not march to the prevailing standard are criticized stringently. Though men can and do seek to enforce gender norms, women often police their own more energetically and thoroughly.

In houses of worship, nice sometimes trumps merit. Members and attenders who are seeking an often subjective standard of perfection themselves are quick to reward others who superficially appear to be pursuing the same. This often shows up when it comes time to hire paid staff. Limitations in competence and a lack of experience are overlooked, because everyone wants to reward the new hire for being such a nice person.

While I was doing research for this post, I ran across an article that discussed Fifteen Characteristics of Dysfunctional Churches. One particular numbered item summarized the main thrust of my argument exceptionally well. It was entitled “Repression.”

[Dysfunctional churches contain] unspoken rules that it is not "Christian" to express feelings of disagreement, dissent, or anger. Instead, one must hide how one really feels or suffer censure for expression of emotions. Instead of expressing feelings, feelings must be hidden. Result: Repression ultimately must be released in episodes (or series of episodes) of uncontrollable anger and hostility.


This is not a healthy or successful way of expressing emotion, resolving conflicts, or conducting anyone’s daily life. While it appears to be sound on its face, it is predicated upon faulty thinking. If wishing made it so, all of God's children would be able to join hands and sing in the words of the old Negro spiritual, "Free at last! free at last! Thank God Almighty, we are free at last!"

Let’s not forget that Dr. King had a dream, and as tantalizing a dream as it is, we live in an imperfect world not yet ready to turn dreams that audacious into reality. In the meantime, acting the part is not the same as possessing the wisdom that takes into account the imperfections of oneself and of others. Our external behavior is far less important than the intentions we hold within our heart.

While many of my same faith revere Martin Luther King, or at least what notions of him they find best correspond to their internal beliefs, I have a particularly soft spot in my heart for Malcolm X. Even though a few remarks of his make me uncomfortable, and for good reason, I’m often a skeptic myself. Like Malcolm, I know that good intentions will never take the place of reason.


Jesus warned his audience to not throw its pearls before swine. Many progressive thinkers and those on the religious left ignore this central premise, unwilling to swallow their pride. Those who do not place an emphasis upon respectful conduct will never respect anyone else. It is foolhardy to think otherwise. Being nice only works if adversaries play by the same rules. Discarding this argument means we must step down from the clouds and reevaluate our stance. Nice, without a full understanding of the facts, is a losing proposition.
Posted by Comrade Kevin at 8:57 AM