The Continued Lasting Power of Privilege 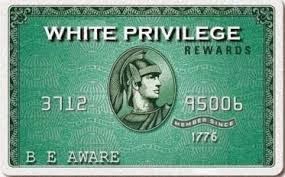 I pause briefly to reflect upon a transformative event in my life. Ten years ago, I attended an Anti-Oppression/Anti-Racism workshop. Going in to the event, I felt that I was relatively informed about the particulars, but believed that it was good to be reminded of them every now and again. It wasn't long after I took my seat that I quickly realized I had much to learn.

The concept of privilege was a new concept to me, one that resonated strongly, even if I wasn't sure who might understand and help me process my mixed feelings. I knew how to manage overt racism, sexism, or homophobia, but now I was left feeling unsure what questions to ask and how best to articulate my thoughts.

Because it cannot be reduced to an easy binary of good versus evil, privilege is rarely discussed beyond educated, motivated activists and thinkers. The undeniably clear instances of racism and oppression are glaring and offensive. Everyone sees these for what they are. These are the ones who make the news, narrated by reporters with a somber tone in their voice, lifted up as a sad example of how a problem has not yet been fixed.

The more subtle forms are often not given a public airing. I've sometimes questioned whether the mainstream media chooses deliberately to not cover issues like these because it fears its audience wouldn't understand. I wonder if it somehow benefits them to stir the pot rather than reach consensus and real understanding. Controversy is good for business, but it can be extremely counter-productive if it is reduced to spectacle alone.

During a workshop lecture in that same conference, it was noted that white men usually speak first in public forums. A woman seated next to me made the connection instantly, stunned by the plain truth of the statement. I could see the lightbulb go off in her head, the message received. Some feminists call this a click moment, the instant a profundity is received and understood.

White men do benefit from cultural expectations that insist they be forceful, opinionated, and taken seriously. Women, by contrast, are frequently told the opposite. They shouldn't be too confrontational or opinionated. They ought to hold their tongue and be congenial. Those who do not only leave themselves open for criticism.

Among women, I am told that a peculiar kind of competition exists. It is a contest to see who can be the nicest and the most pleasant. Men would laugh at the very premise, but women are often socialized to be people pleasers, never to step on anyone’s toes or to hurt feelings. Good girls are rewarded, while women who do not march to the prevailing standard are criticized stringently. Though men can and do seek to enforce gender norms, women often police their own more energetically and thoroughly.


I received some strong, but mostly fair criticism from a reader regarding this section, a man who felt I wasn't being honest in my argument. To him, this section was sexist. He felt that the stereotypes which stigmatize men as intimidating, aggressive, and violent are not indicative of every man. He has a point, but the truth is complicated and not nearly that easy to reconcile.

Arguing that not every man responds with brute force does not negate the fact that cultural conditioning encourages it. Every man is not created the same, but the exception does not prove the rule. We may not adhere entirely to expected behavior, but we were born into it and cannot help but be influenced by our socialization.

These days, it is popular among some who wish to get beyond injustices like racism and sexism to hold a belief in a kind of relativism. They are exasperated with the continued nagging problems that never cease, the enemy who never goes away, the culture war that never becomes a negotiated peace. I've been there myself. At times, I grow frustrated with people who appear to be addicted to bad news and finding fault. But when a story or a comment touches a nerve, I'm the first person out front, a prophet spreading word of God's great displeasure with his people.

It is factual that gender roles and gender norms are not nearly as cut and dried as assumed by many, but they do prominently exist regardless. I don't think we live in a post-racial America or a post-anything America. Many people want to believe that we have turned a crucial corner and are merely bickering over trifling details of no real worth. Even in my most optimistic moment, I must admit that I don't see the end of racism, classism, or sexism anytime soon.

Every generation has its own struggle with the latest mutation. The question which remains is why these blights upon society and liberty are allowed to exist in the first place. It may well be ordained from above that we work together to find a solution, striving to attain a cooperative spirit. If life is indeed a series of challenges to be faced, one by one, then let's proceed.

We really aren't that different, really. We may never reach the mountain top that many clamor for, a cause that even more have given much of their energy and attention, seeking to eradicate a societal ill. But in the meantime, we can find common purpose and unity. That's the first step, and the same one that proves the most elusive for all crusades and all movements meant to better everyone.
Posted by Comrade Kevin at 10:32 AM