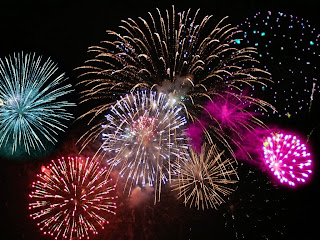 Everyone else was out at clubs or glued to the television elsewhere, eagerly awaiting the ball to drop in Times Square. I was alone in an empty apartment. Back then, I was yet another struggling musician, staying home by choice with an expensive bottle of champagne chilling in the refrigerator. The occasion for my private celebration was, I hoped, the first in a series of small successes. I’d recently performed two songs live at a popular local club. Both of them had been recorded. The college radio station in town had agreed to play at least one of them during its regular programming.

The primary songwriter for The Kinks, Ray Davies, tells a similar story. The group happened to be touring in a foreign country when momentous news arrived. Their latest single “Tired of Waiting for You” had hit number one in the UK. For the first time ever, the group had a number one hit. Achieving the top slot in the hit parade had been frustratingly elusive prior to that moment. Davies happened to be eating at a restaurant in another country when he received the good news.

Though his waiter didn’t speak a word of English, Davies had a celebratory drink with him anyway. Some musicians I encountered thought they’d soon cast aside their day jobs for a string of semi-lucrative paid late night gigs among the perpetually adolescent and regularly intoxicated. I had no such pretenses. The challenge in front of me was substantial, the deck stacked against me from the outset. Massive fame and fortune never once crossed my mind.

What I hoped for was a cult audience of a few passionate fans. Everyone agreed that I had talent and a strong singing voice, but talent alone is no indicator of success. Had I truckled for pennies and promoted myself like the latest breakfast cereal, I might have been a bit more successful, but I found the practice demeaning. Some of my musical peers sold themselves as voraciously as insurances salesmen peddle their wares at a house party. I always felt I had more dignity that that, or maybe far less energy and enthusiasm.

The show began at 9 that evening, but I tuned in a half-hour earlier. For several minutes, I nervously paced the floor of the living room, waiting. I rarely liked the way I sounded on recordings, nor how I looked in pictures. It was a personal insecurity and on at least one level I knew it was not rooted in reality. Others had assured me, multiple times, that I had nothing about which to worry. This was not my big break, but it was a break of a sort. Assuming the listening public liked it, I might well be placed on regular rotation.

I’d been saving up money to record a full-length album in a studio. Studio time is not cheap. The clock begins to tick the moment you strap on a guitar. A year before I’d blown through $500 in three hours. During that rushed Saturday morning session, I only had time for the bare necessities. What was produced sounded more like demos than the finished product. It was rush, rush, rush from start to finish. I would have loved to be able to take my time and embellish a song, layer by layer.

In the meantime, the radio show began with great gusto. I had no idea whatsoever about how many songs would be featured prior to my own, or when my song would be played. To calm my nerves, I thought about uncorking the champagne immediately, but decided it was more opportune to wait, as I had originally intended. This was very difficult but I managed it anyway.

Around an hour into the broadcast, my song was played. It lasted two and a half minutes, and then transitioned instantly into another song. In many regards, that experience was one of the longest two and a half minutes of my entire life. My name and the song title were not mentioned immediately afterward. My identity was not revealed until four other songs followed in rapid succession. Fortunately, I have a difficult name to mispronounce. I hoped listeners took note of who I was and what I sang, but knew that the matter was entirely out of my hands.

Overjoyed, I poured myself the first glass of champagne. A couple hours remained before the New Year was ushered in, before I heard celebratory fireworks from every direction outside. If only I had my own waiter at hand to commemorate the occasion. My roommate was elsewhere, as were my other friends. I’d sacrificed company on New Year’s Eve because I would have missed hearing myself over the airwaves. Even so, I did not really regret my choice.

You probably know how the story ends. With time, I set aside my dreams of making it. For most performers, except for the lucky and the fortunate, a much less glamorous reality follows. One has only to look forward to modest pay, long hours, and late nights. Beggars can’t be choosers, and the audience that lay before me was not the one I wanted.

But I could not be picky. I realized then that this life could have lasted years, with no increase in success. The thought of being an opening act at a small restaurant for ten years was not a pleasant one. I walked away of my own volition, but I’ll never forget my first taste of success, back before I toiled in obscurity for slave wages.
Posted by Comrade Kevin at 10:15 AM