Let Your No Be No And Your Yes Be Yes 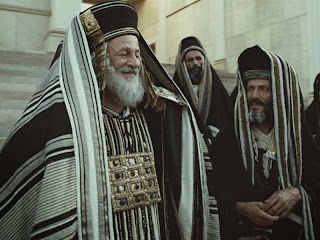 A few years ago, I received a routine summons for jury duty in my mailbox. For most people, this is a trifling annoyance, a benign buzzing insect to be casually swatted away without much worry or concern. For the average person, it requires a temporary reshuffling of plans in an otherwise busy life. Many people I know seek to actively avoid jury duty, coming up with excuse after excuse to not serve.

I, however, felt it to be my civic duty and intended to participate fully in a trial, should I be selected. Complicating the situation was a nagging need to be faithful to my religious convictions. Because I am a Quaker, I am to refuse to swear oaths of any sort for any occasion. Prior to the trial, each juror, should he or she be selected to serve, was sworn in individually. When it came time for my turn, I knew I would need to make sure that special accommodations were made specifically for me.

This problem may seem strange or confusing without an adequate explanation. A passage in the Gospel of Matthew serves as the impetus for this often-misunderstood requirement. In the beginning, we Quakers were known as the Friends of Truth, later shortened to simply “Friends”. As a result, Truth with a capital T is the premise of this custom. The verse of scripture that inspired it reads,

Let what you say be simply ‘Yes’ or ‘No’; anything more than this comes from evil.


Swearing an oath in a court of law means that lying carries the penalty of perjury. As Friends, we are already implored to avoid spreading gossip (tale-bearing) and telling fibs. I recognize how difficult this is, especially because it seems contrary to the way most of us behave, but I continue to challenge myself to live in accordance with my beliefs. If we are to tell the truth already, without the fear of breaking the law, why would we violate the trust of the court? In our way of thinking, there is absolutely no reason for additional reinforcement to be necessary.

Quaker merchants became wealthy because they set fair prices for their merchandise and did not cheat their customers. This is another application of the same concept. I’d be willing to wager that all of us have, at one time or another, told half-truths or twisted the facts to suit our own whims. Businesses are often built on the premise of negotiation, where every price is never set in stone. We live in a society where the well-worn cliche “let the buyer beware” reigns supreme, whereby those making a maximum profit are largely unregulated and the consumer is not protected.

I knew that in substituting the word “affirm” for “swear” in the words I recited would be calling attention to myself. I would be setting myself apart, and even if it was for the right reasons, I’d still be visibly sticking out. The attorney friend I counseled prior to the day I arrived for jury duty believed I should have shelved my beliefs for a moment and simply taken the oath. In her mind, I would make things harder for myself with each lawyer, the judge, and even other jurors if I made a decision to opt for standing out, regardless of moral purpose.

I was perfectly within my legal rights, but I did indeed stick out from the rest of the pack. The experience got me thinking about all the ways we draw attention to ourselves, deliberately and inadvertently. Our desire for attention can be carefully calculated with great purpose, or it can be serendipitous and coincidental. Jesus devotes much attention to the condemnation of the Pharisees, the group he saw as the hypocritical, sanctimonious priestly class of Judea. In my research I have since learned that the Pharisees were a political party, a social movement, and a school of thought. In a biblical context, they were misguided zealots, makers of the law and social climbers extraordinary.

Returning to Matthew, here is the rationale to why Jesus reserves special scorn for this elite group.

"Everything they do is for show. On their arms they wear extra wide prayer boxes with Scripture verses inside, and they wear robes with extra long tassels. And they love to sit at the head table at banquets and in the seats of honor in the synagogues. They love to receive respectful greetings as they walk in the marketplaces, and to be called 'Rabbi.'”


Place a few honorific titles on a person and see whether his or her humility is cast aside in the process. That’s the truest test of a person that I know. We may say we seek to be equal, but that desire can easily fall by the wayside, tainted with self-importance and an inflated view of our own worth. Although this is human nature, resisting it is a challenge well worth embracing.

A person years removed from military service may insist upon being called “Major”. Someone who has struggled through years of medical school and a residency might forever be “Doctor” to everyone within earshot. And there are many other examples. These titles immediately set up hierarchies, a system that ranks importance from top to bottom. It persists even in a supposed Democracy like ours. In 17th Century society, which gave birth to Quakerism, the entrenched British class system was the original target of this practice. In this country we may not have Lords, Earls, and Peers along with a rigid class system, but this concept has managed to take hold in 21st Century America.

Five years in DC have acquainted me with many activists, movers and shakers, and highly motivated workers for change. I’ve seen them make many sacrifices for reform from within and outside the system. I have learned that calling attention to themselves, as they do on a routine basis, can reflect noble motives, or it can easily be done for baser, selfish gratification. But fear not. All is not corrupted or lost. Those who sincerely seek to make the world a better place than where it was when they started out manage somehow to resist temptation. Though we may frequently expect pessimistic outcomes, take care to acknowledge those whose good works speak for them.

As T.S. Eliot put it in his play, Murder in the Cathedral, “The last temptation is the greatest treason: to do the right deed for the wrong reason.” Eliot’s work addressed the death of 12th Century Archbishop Thomas Becket. Becket was struck down due to a mistake, a few grossly misunderstood words by a frustrated King that led to a friend’s bloody demise on the floor of Canterbury Cathedral.

Political sentiments and social justice aside, the treason from within ourselves is the enemy we should fear the most. The flesh and blood people lined up to oppose and to obstruct are nowhere near as dangerous as we can be. This is especially the case when we lose sight of who we are, what we ought to be doing, and where our real devotion lies. Nothing could be more understood than the desire to race to the top, but if we are indeed committed to an ideal of radical equality, we are our own gatekeepers.
Posted by Comrade Kevin at 8:42 AM