A Life's Work Speaks Louder Than a Million Words 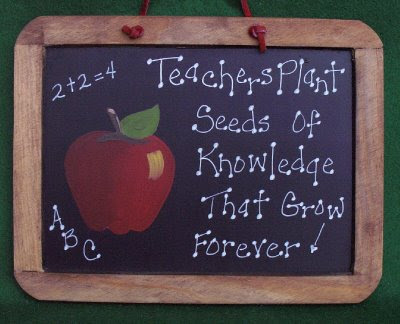 As we often lament, every minority or marginalized group can be easily stigmatized, slandered, or reduced by what is not factually correct. How one personally deals with it is a matter of individual preference; I would not dictate terms to anyone if I could. Tactics may differ, but the response does not. Sometimes, despite our best attempts, as the context changes, we wait our turn to be vociferous opponents as well as allies. We live in an age that has good reason to be cynical, but we often go too far, applying it heavily to everything, particularly that which we take offense. Passion is not at fault here, but the volatility of debate is.

Like everyone, I claim a patchwork of several interconnected identities for myself. If we take these views seriously and actively advance them, parts of who we are can easily prove to be controversial. To best illustrate what it is I mean, I have randomly chosen to highlight Feminism. When I share this bit of information with the general public, I usually get one of two responses. Some people immediately identify, but regularly make assumptions that are incorrect. Taking the time to constantly correct misinformation and to refute stereotypes is exhausting work. Every new soul I encounter must be set right, and doing so means having a long-practiced speech and battle-tested strategy at my disposal. At times, I feel a bit like the musician who has scored a major hit, but becomes entirely defined by it, forcing him or her to play said song for the rest of eternity.

The other responses are those of hostility and skepticism. In them, one immediately is placed into a defensive, apologetic role, balancing anger with necessary tact. These are the hard sells, if you will, and gaining their trust by looking past their fear is an even greater challenge. Sometimes I open minds, but often I end up in a stalemate that may not have changed minds as much as lessened hostilities. If this is, in fact, a war, we seem to be stuck on the same field of conflict. We have not moved forward when the same stubborn urban legends persist. They have their true believers, who may never see the numerous holes in stale arguments. The best I can do sometimes is to raise doubts or encourage self-reflection.

There have been other times, of course, where I have taken the path of least resistance. I have let words of prejudice go unchallenged or felt disinclined to correct someone who holds an opinion that is factually wrong. Sometimes I simply do not have the stomach to go through one more protracted energy drain. Indeed, I could spend my entire life as a exercise in rapid response. Correcting, subtracting, negating, and adding to grows weary and repetitive. Offensiveness has a thousand mothers and fathers. It seems to have a robust family tree, as well. If only it were an orphan.

Perhaps a third way exists. If I lived my life as a Feminist, and let my actions speak for the movement itself, would that be the most successful undertaking possible? In effect, the goal I hold for myself regardless of how I self-identify is the same. No matter what label I assign to myself: Quaker, Feminist, Progressive, Liberal, Pacifist, the way I live my life proves my case more than the words I adopt or defend. Part of human progress is a constant process of amending or striking out that which has come before. That being said, I am ever more unwilling to be a living statute or by-law.

I am tired of alternating between a role as state's witness and the council for the defense. Living by example alone may be what is most necessary. My most recent goal in life is that my life, more so than my words, should most accurately reflect my passions and causes. By the end of my it, if someone were asked, What is a Feminist?, or What is a Progressive?, or What is a Quaker?, or What is a Pacifist? I hope they might think of me.

I need not be alone in this.
Posted by Comrade Kevin at 6:51 AM