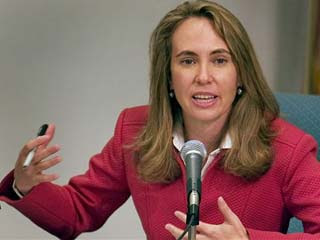 Last week, a friend invited me out to dinner. Also present was one of her friends, who happened to be hearing-impaired. Throughout the whole of the evening, I found it very interesting to observe two forms of communication going on simultaneously---one that I heard and another that I saw visually by way of American Sign Language. As is true with spoken language, there are instances in sign languages when illustrating a particular idea proves difficult or beyond the speaker’s level of expertise. It is at this point that a creative communicator will often formulate his or her own signs to be understood.

Just as in spoken language, sometimes this succeeds. Occasionally it does not. Sometimes the other party in the conversation is confused. Sometimes the sign chosen resembles a previously existing one that implies something offensive or profane. Yet, efforts like these are the ways by which the language grows to reflect new concepts and words. Living languages constantly shed words that are no longer in use and add words to reflect the current state of affairs. It would seem, then, that there’s a kind of responsibility that goes with adding to a living entity like a language, regardless if one sees it with the eyes or hears it with the ears. We all have a role in shaping language, for better, and these days, especially for worse.

Language is a mysterious form. The process by which words enter the lexicon functions more like a viral video on YouTube rather than anyone’s deliberate effort to influence it. Few would get far seeking to add a word to the dictionary through force of will and effort alone. Instead, words are the byproduct of necessity. For example, if it did not already exist, I might conceivably wish to coin the word, “hatred”, and in so doing add it to the English language. More likely, I’d be wasting my time. However, if enough enmity and ill-will are present long enough, and there is a fundamental need to use a symbolic representation for ease of conversation, then eventually someone somewhere will come up with a word to best define it. When enough people use it, it will become part of the language.

The recent shooting of an Arizona Congresswoman has stoked a long-festering debate about the damage of invective and polarizing politics. To some respect, this debate has been a long time coming and has already taken a variety of forms prior to now. But I think if we are to seriously contemplate the role of words and phrases that inflame passions and potentially empower those inclined to violent outbursts, we’d best first discuss what words are and what words are not. We simply cannot pinpoint what fiery rhetoric, in particular, that is beamed out through the television or the internet is at fault.

A word that might not be too agitating to me might make someone else absolutely furious. When one considers the thought process of someone who is clearly out of touch with reality, the waters are muddied even more so. As much as each of us are into our own heads, it’s sometimes amazing that the same shared, symbolic representations known as a language serve as an adequate and effective means by which we communicate with each other.

What we can do, however, is take note of the words we say and the words used in our company. That may be the only force we have over hatred or increased polarization. The world of words and human discourse that exists beyond us is too changeable, too fickle, too massive. We might take this fact as a humbling realization that all any of us can do is contribute our own best effort, then hope that the wind blows in the direction we’d like. Individual effort is not enough. Group effort is what it will take, but once birthed, hatred and polarization, like Pandora’s Box, rarely shut neatly. Blame who we wish to blame, select a worthy target, if you wish, but first consider what unknown things you are adding into a naturally chaotic environment before you do so.