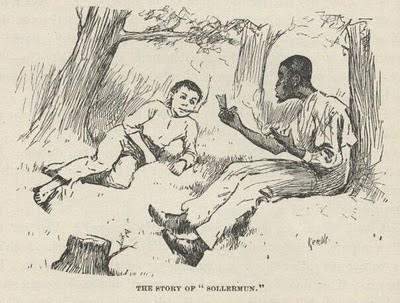 An English professor at Auburn University Montgomery (Alabama) has recently sparked a firestorm of criticism for his decision to edit two Mark Twain classics. Twain's The Adventures of Tom Sawyer and Adventures of Huckleberry Finn, both read by generations of schoolchildren, contain frequent usage of racially insensitive language. However, they are also products of their time. The books were written by an author who used dialogue authentic to the period, as objectionable as it is to us in this day. The controversy among Twain scholars and the general public has been substantial. But until recently, the professor held a completely different attitude altogether.

"Probably a dozen years or so ago, I would have thought the same way," Alan Gribben, a professor of English at Auburn University Montgomery, said Tuesday night. "The author’s final text is sacrosanct and should never be altered."

Specifically, one troublesome word used to refer to African-Americans, beginning with the letter N, has been completely removed from the text. In its place, the word "slave" has been inserted. Also, the derogatory, but colloquial word "Injun" to describe Native Americans has been replaced with "Indian". Everything else remains as it was in Twain's original manuscript. Predictably, this has become another political correctness fight. My position is one of those unsatisfying, on-one-hand, but-on-the-other-hand stances that leaves me conflict and uncertain. What I will say is that I take less liberty with Dr. Gribben's decision than the current reality that motivated it.

No one doubts the destructive and psychologically damaging impact of one particular word that was struck from the text. However, I think also that there is much value in periodically looking back over our shoulder to note where we once were. We cannot easily understand where we are today unless we have a clear understanding of our history, even if it is painful to contemplate. Today's audience might well be able to draw a sharp distinction between yesterday and today, realizing in the process that we have made great strides in race relations. I speak only for my own experiences here, but I do recall that I had to read both books when I was in school. Neither I, nor my classmates came to some erroneous conclusion that simply because we read a particular word as part of our classwork that it justified our use of it. As I recall, curriculum requirements mandated we read Twain, as was true for every student in the rest of the state.

But Gribben, who has studied and taught Twain for 40 years, changed his mind as he toured the state a few years ago reading to audiences from "Tom Sawyer" as part of the NEA’s Big Read program. He’d routinely replace the n-word -- used 219 times in "Huck Finn" and nine times in "Tom Sawyer," he said -- with the word "slave," which he has done in NewSouth Books’ new combined edition of the two works. In addition, the word "Injun" is replaced with Indian.

Let it be known that, before we read both of Twain's novels, I remember my teachers spending much time beforehand to point out the problematic language, as well as addressing what was and was not appropriate. This proactive approach was in place well before we even as much as opened the first page. I wish that a knee-jerk response to a knee-jerk response was not present here.

"We were very aware that we were doing something that was potentially very provocative and controversial," NewSouth publisher Suzanne La Rosa said. "We were very persuaded by Dr. Gribben’s point of view of what he called the amount of ‘preemptive censorship’ going on at the school level. It pained him personally to see ... the way that Twain’s novels were being de-listed from curricula across the nation. It became difficult for teachers to engage in discussion about the text when the kids were so uncomfortable, particularly with the n-word."

My mother taught Language Arts in K-12 for years, so I'm intimately familiar with frequent parent reservations regarding objectionable material. Ordinarily sane, rational individuals sometimes lose both when their children are involved. Micromanaging every aspect of their child's education quickly makes life miserable for teachers. Parents complain about almost everything, and if they had the ability to truly speak their own minds, I'm sure some teachers would probably request that certain parents opt for homeschooling. For example, I myself don't know how the first thing about being an attorney. I have have never been to law school and have never passed the bar. So I'd feel a bit silly telling a lawyer that I know how to do his or her job better. But this same courtesy is infrequently given to educators. Personal reservations should be addressed in appropriate ways, but often they are not.

As a result, school systems increasing have no backbone. Afraid of litigation, no matter how frivolous, they acquiesce to parent demands rather than risk confrontation. Bad publicity of any sort is to be avoided. In the process they bend over backwards so far that they snap their spine neatly in two. School districts that remove Twain altogether from their curriculum do no one a service. They destroy our vital link with the past. Instead of opening a dialogue that might be a bit uncomfortable at first, we remove the offending item altogether. If I believed that sanitized versions along the lines of this new edition were the solution, I would be more enthusiastic and less concerned. But I know that such undertakings never stop at one seemingly minor editing job.