Individualism is Not a Right to Be Forever Hands Off 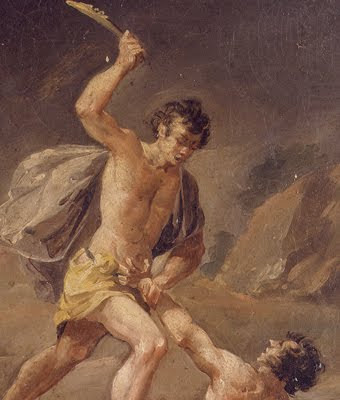 No definitive profile of the Arizona shooter, Jared Loughner, has yet been complied. Nevertheless, what has been released thus far shows a profoundly troubled individual in desperate need of adequate help and treatment. Yes, medication and therapy alone are not necessarily a silver bullet in all circumstances, but something should have been done well before Saturday. From what I have already read, it is not as though warning signs had not been present for quite some time. Every single time a tragedy along these lines takes place, we mourn, we try to make sense of the carnage, we seek to understand the reasons why a violent act took place, but we stop short of proposing solutions to keep them from reoccurring.

In 1989, the Supreme Court of the United States made a controversial ruling regarding the state's role in preventing violence of a slightly different sort. Though the case involved a father who beat his young son so severely that the child suffered severe brain trauma, the lessons drawn from it reflect the current situation. DeShaney v. Winnebago County hinged on whether the Department of Social Services of Winnebago County, Wyoming, should have returned a child to the custody of a father who had been well-documented as being physically abusive. Specifically, my thoughts return to Justice Harry Blackmun's famous dissent against the majority opinion.

"Poor Joshua! Victim of repeated attacks by an irresponsible, bullying, cowardly, and intemperate father, and abandoned by respondents who placed him in a dangerous predicament and who knew or learned what was going on, and yet did essentially nothing except, as the Court revealingly observes, ante, at 193, "dutifully recorded these incidents in [their] files." It is a sad commentary upon American life, and constitutional principles - so full of late of patriotic fervor and proud proclamations about "liberty and justice for all" - that this child, Joshua DeShaney, now is assigned to live out the remainder of his life profoundly retarded.

Loughner may have targeted Arizona Congresswoman Gabrielle Giffords for no other reason than she did not validate his own incoherent soapbox argument.

At an event roughly three years ago, Rep. Gabrielle Giffords took a question from Jared Loughner, the man accused of trying to assassinate her and killing six other people. According to two of his high school friends the question was essentially this: "What is government if words have no meaning?"

Loughner was angry about her response — she read the question and didn't have much to say.

In reading this, I'm reminded of one of the most ancient of stories. As some of you may recall, once, eons ago, two brothers worked together in a field. The effort and offerings of one brother found favor in the eyes of God, but this was not so with the other.

"Why are you so angry?" the LORD asked Cain. "Why do you look so dejected? You will be accepted if you do what is right. But if you refuse to do what is right, then watch out! Sin is crouching at the door, eager to control you. But you must subdue it and be its master."

One day Cain suggested to his brother, "Let's go out into the fields." And while they were in the field, Cain attacked his brother, Abel, and killed him.

Knowing that something terribly wrong had happened, God calls out to Cain. "Where is your brother Abel?" Coldly, flippantly, sarcastically, I imagine, he replies, "I don't know. "Am I my brother's keeper?"

The most massive flaw in the SCOTUS case mentioned above is that it places the burden upon the individual, not the state. This is well and good, unless, of course, individuals are not willing to report violations themselves. If that does not occur, then the entire system no longer functions as designed. A majority of justices in this decision were not willing to place full responsibility upon the state agency assigned to Joshua's case. This to me has always felt like passing the buck, no matter what legal precedent one uses as justification. Regardless of who ought to be liable, government or individuals must intervene in circumstances of abused children, or the severely mentally ill.

The American mindset has always been that of great skepticism towards centralized power in any form. I know if a decision were made today that would, in effect, force the mentally ill into treatment facilities, many would protest that individual rights were being trampled upon in the process. Their concerns would have merit, but when any individual crosses a line into psychosis, which actually means that they are no longer in touch with reality, then they simply aren't well enough to be able to make proper decisions for themselves. We are all fortunate that Loughner's actions are relatively rare. While many severely mentally ill people are cared for by relatives, poverty often forces others to the streets, living without a home. I myself pass by the homeless nearly every day on my way back and forth. In my discomfort, I never fail to reflect upon the tragedy of their own circumstance.

Primarily, our stumbling blocks are money and time. Treatment for those who desperately need it is not inexpensive, nor short-term in duration. The costs of most medications to resolve conditions like paranoid schizophrenia are prohibitively high, and even if Medicaid or local programs pick up most, if not the whole cost, a month's supply often exceeds $1000 per month. One cannot make anyone act in his or her own best interest, but we can certainly do a better job than we're doing now. This also means fully funding clinics who provide mental health services, hiring enough workers and staff, and making sure sufficient funds are available in the system to supply medication on time. Loughner lived with family, but his need was no less urgent.

Moreover, until we are willing to ask difficult questions of ourselves, we will not make much progress. Had someone, long before now, thought to ensure that Jared Loughner undergo a full psychiatric evaluation, we might not be in this awful situation today. While it is easy to be heavy-handed and cavalier in saying so, I hardly think it improper to at least evaluate those who are unwell. If we don't at least do the minimum, we should never expect anything to change for the better. When additional details come to light about Loughner's psychiatrist history, or lack thereof, I will be interested to see how he was treated. Those details likely will not provide a complete answer, but I am curious to see what was tried and what was not tried.

The way we've been doing things up to now certainly isn't working. Returning to the example of the homeless, here is an instance of a typical half-measure. Recently, in DC, there had been problems with homeless people sleeping on benches underneath bus shelters. In response, the benches were completely redesigned to be curved and ridged, in effect making sleeping on them uncomfortable, if not impossible. That solved the cosmetics of a problem, but it didn't exactly do much to stop the greater issue of homelessness. Instead, it just shuffled a contentious issue from one side of town to another. I mention this because mental illness among those without a place to go is enormously common. So this time, I hope we make sensible, humane, intelligent plans towards preventing another horrible event like we have just observed.

When a Congresswoman is shot, it makes major news, but workplace shootings have become so commonplace now that they barely inspire two hours' worth of coverage on the cable news networks. We can talk all we want about the impact of toxic political speech, but that is only an additional conduit and an intensifying factor. Measuring at what point someone snapped seems to be a foolish exercise. Once a human being reaches a state at which conduct of this magnitude is being seriously considered, we ought to focus more on bringing said person back to sanity first. Otherwise, we are merely enamored with sensationalism, which grows orgiastic and unproductive. If we are our brother's keeper, or our sister's keeper, we are required to act in ways that keep us all safe from harm.
Posted by Comrade Kevin at 8:10 AM