Budget Reform Requires More Than the Sum of Its Parts 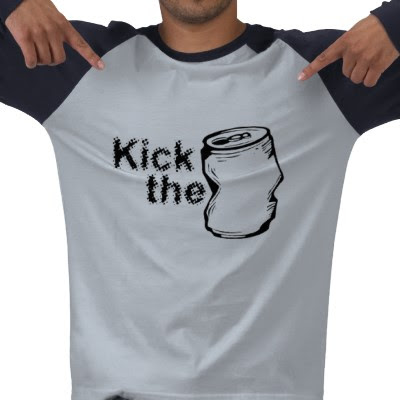 The question of budget deficits and the health of government programs has been the largest can frequently kicked down the road. Though it's become repetitive to warn or caution in this fashion, we need to make the appropriate steps and institute the proper reforms now. This issue is not going to go away. It is perhaps the least politically popular and most divisive. As we have seen with Health Care Reform, it may even inspire a backlash that shows the door to many courageous legislators who dared to paddle upstream against a strong headwind. There are some issues which can be dodged without much harm being done, but then there are others which must be confronted. Some politicians could write whole books (and teach others) about their genius system of embracing political expediency, but what we need now is not an escape artist or a magician. We need leaders.

So once again, we are discussing the ways to keep Social Security and Medicare intact. Medicare is considered a sacrosanct program, and rightfully so. Yet, relying on it as a form of primary insurance has made me recognize that it has some severe shortcomings, too. Back in November, an MRI was performed. The total bill ran to roughly $550. Medicare covered $350 of it. I would have been expected to pay the remaining portion out of pocket, but due to being disabled and thus low-income, I have Medicaid. It serves as wrap-around, secondary, supplemental coverage. Thankfully, this reduced my total bill to zero.

Still, if my net income was even a fraction of a hair above the poverty line, I would not have even been eligible of Medicaid, and thus been required to cover the difference. This is where the system as it currently works has some drawbacks. Here is also proof of why many Seniors and others who can afford it buy supplemental coverage out of pocket to handle coverage gaps like these. During the extremely tense health care debate, many people advanced the slogan that they wanted Medicare coverage for all. It is a noble sentiment and one I agree with, but this does not mean that the program itself does not need additional tweaking.

If I had private insurance, I'm fairly sure that $0 would be the total cost to me as well. I mention this anecdote to speak to the notion that Medicare as it exists now provides free health care coverage. To cite another example, my Medicare Part D prescription drug plan is largely government-run, but it also relies on a partnership with a private carrier. Moreover, it rations care in its own way. Medicaid, in contrast, has been quietly rationing its services for a while. After serving the requisite two years as officially disabled, I was moved to Medicare. Until then, I had to rely exclusively on Medicaid for health insurance. I have written extensively about the dysfunction that plagues many Medicaid programs. That topic alone merits a whole series.

During our last appointment, my psychiatrist showed me a printout he'd received from Medicaid regarding my regimen of medications. Though a cocktail of three prescriptions has effectively treated bipolar disorder for over two years, Medicaid still dictated to my doctor exactly what it would and would not cover, based not on the skilled judgment and years of experience of the practitioner, but merely on the bottom line. In effect, the form questioned whether he had really considered the potential consequences of the regimen, though medical advice was not exactly what it sought to convey. None of this was stated directly, but instead was heavily implied. The language and wording hinted strongly that if changes were not made to switch to lower-cost alternative drugs, then these meds would soon no longer be covered.

Here's another example. At the beginning of my treatment for hypogonadism, I was prescribed a gel-based form of testosterone replacement therapy that is applied to the abdomen, shoulders, and upper arms. Absorbed through the skin, the gel distributes the hormone through the body evenly for a duration of several hours. However, I quickly learned that it cost more than the insurance was willing to pay. After a one-month allocation considered "courtesy coverage", dispensed with a healthy dollop of condescension, no less, a lower-cost alternative had to be prescribed instead. This came in the form of periodic, intramuscular injections needing to given every 14 days. I was quite willing to adjust to the discomfort of now needing to give myself a series of painful shots. The drawback with this form, beyond the pain of injection is that the distribution of testosterone within the body peaks within the first 4-7 days. It swiftly tapers off for the remaining week, leaving testosterone levels extremely low before the time for the next shot. In short, it's a rollercoaster ride, but it's all that I can do right now.

Returning to the larger topic, I know that if Medicare and any health insurance plan that is both government-subsidized and government-run have already resorted to these cost-cutting measures as a means of not depleting coffers, then it does not bode well for the future. Please don't misunderstand me. I'm a fan and supporter of single-payer, universal coverage. We just don't have it here yet. Nor am I complaining too loudly, since I am grateful to have that which I do. If I did not, I would long ago have had to file for bankruptcy due to medical bills, or worse yet, not had the financial means to seek treatment. What I have noted, across the board, regardless of who I've talked to or whatever I've observed, it is that relying too heavily on the Logic of Laws is a fallacy. A system hung up on rules and regulations that must be followed with Prussian military precision is what trips up many programs, workplaces, and departments. The Spirit of the Law is then left no room to breath and flourish, so instead the stifling Letter of the Law becomes the sole determining factor to fix all problems.

The authors David Osborne and Ted Gaebler point out something very interesting.

It is hard to imagine today, but a hundred years ago bureaucracy meant something positive. It connoted a rational, efficient method of organization – something to take the place of the arbitrary exercise of power by authoritarian regimes. Bureaucracy brought the same logic to government work that the assembly line brought to the factory. With the hierarchical authority and functional a specialization, they made possible the efficient undertaking of large complex tasks.

Conservatives uniformly assume that failings like those I have discussed above only apply to government, regardless of their function. But I have observed similar drawbacks in private health insurance companies. They just take different forms. A pursuit of profit means steadily increasing co-pays. It means increased cost of employer-based coverage, often without much notice. The question then becomes, "Where and when do I pay?" I can pay before I've even been granted service, or I can pay at the end of treatment. But regardless of the form it takes (and sometimes it takes many forms), in the end, money still leaves my pockets. We are more aware of the immediacy of a bill demanding payment than we are with more insidious charges. And that's where fear and mistrust begin.

I've noticed that both government plans and private insurance plans have begun to resemble each other in some ways. More frequent usage of an extra step referred to as prior authorization is one such example. This transpires when an insurance carrier requires additional paperwork to be completed and returned to them before a medication will be covered. Anyone who has ever had to deal with the headache knows the frustration. Having no choice but to rely on already busy nurses and doctors to sign off on paperwork is a helpless feeling. Being forced to attempt to reach the proper person to perform the task by way of voicemail hell is bad enough. Having no choice but to stumble across the proper person after several attempts of locating the needle in a haystack is infuriating. Sometimes, I have waited days before the process has been brought to a successful conclusion. And if the form itself is filled out incorrectly, even a little bit, the process has to start all over again, with a new form submitted in its place.

We can discuss sums of money, turn people into statistics, or view everything in terms of the almighty dollar sign. But what is needed is a brand new approach. As noted above, we need to redefine hierarchies, bureaus, companies, and programs. Once, as the quote above discusses, they were designed to be rational, efficient method of organization. Now they have become something like the very thing they were created not to be, arbitrary exercises of power by authoritarian rule. Still, autocratic systems often run with great efficiency, particularly when severe consequences for not following orders are to be expected. This cannot often be said for our current state of affairs.

Each group fights to preserve and enlarge the area upon which it has some discretion, attempts to limit its dependence upon other groups and accept such dependence only insofar as it is a safeguard ... [preferring] retreatism if there is no other choice but submission. The result of this is that goals are subverted and the organization becomes locked into a series of inward looking power struggles. Thus, paradoxically, the result of attempting to design an efficient organization that runs on rational and impersonal lines is to create a situation where the opposite is true.

In effect, it becomes inhuman and brittle. Limiting the potential drawbacks of human relationships, bureaucracy also destroys the very personal interactions that encompass every successful relationship. We are not machines yet, and I pray we never become them. It seems to me that there's a certain amount of "irrational" discourse than is part of human nature and should be accommodated accordingly. Bureaucracies are risk-averse, at their core, and this can be said about the career of politics as well. To stay in office, one must minimize risk-taking at all cost. It's statistically less likely to be voted out if you haven't made controversial statements, but this doesn't exactly lend itself well to reform measures that are, by their very nature, divisive and polarizing.

In short, because some of our systems are made by elected representatives, they reflect their creators. This is a statement made with the intention of being politically neutral. The pox falls upon both our houses and both of our speakers. I am increasingly less and less inclined to want to view these problems through a party lens. The lives of people, their health, and their well-being is at stake here, and the instant this becomes a political football, the more we should expect a duel between punters. It's past time to play the game.
Posted by Comrade Kevin at 9:44 AM