WikiLeaks and What It Says About Us 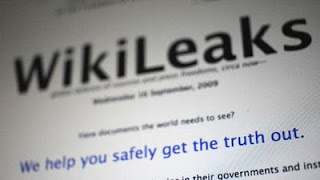 It is easy to be cynical in light of the Wikileaks revelations. The automatic believers in the worst case and the perfidious have had confirmation followed by confirmation in the past few days. An intelligence community and a President promising greater transparency has not followed through on its lofty promises. Do as I say, not as I do, would seem to be its modus opperandi. While I recognize that having the strongest hand at the bargaining table is considered the key to diplomacy, the behind-the-scenes sausage factory present here only confirms the fears of many Americans. The timing could not be worse, especially when a strong anti-government sentiment swept the GOP to power in the House.

Nothing I have yet read in previously classified information makes the United States look strong and decisive. Instead, it seems to have taken the path of least resistance more often than not. Refusing to negotiate from a position of strength has been the characterization of many a Democratic legislator or body of high-ranking officials. Senator John Kerry and others have taken pains to distinguish WikiLeaks from the Pentagon Papers, and although comparing the two is not a particularly helpful exercise, I do believe that government must be held accountable when it will not be forthcoming with the American people. In my own life, I have discovered that secrets will sometimes be held only for the love of secrecy.

The previous Administration, as we know, believed in its own infallibility and wielded its authority more or less unilaterally. Nothing I have observed in the Obama Administration appears even half as bold, although there also is much to be said for not holding delusional notions of negotiation being a matter of soul searching. Critics all along have accused department after department, agency after agency of being little more than Bush Lite™. Immediately following a regime that carelessly swept aside established precedent while inserting its own, I think we on the Left wanted a Thermidorian Reaction of sorts, an end to our own Reign of Terror. We voted for it, and in droves, but despite a promising start, our desires have not been fulfilled.

Government moved hard to the Right for eight years, then came the correction. In some ways, unfortunately, the pendulum swung only halfway back to where it had originally begun. At first I didn't want to believe it. The image stuck in my mind hearkens back to those first optimistic days where a resolute, newly Inaugurated President Obama proclaimed that this nation would no longer torture. As theater, it could not have been a greater success, an applause line bound to succeed. Alas, the tone that was set in that moment obscured what in many ways was going to be business as usual, albeit without its former stridency. One can find Obama's attitude towards reform (or for that matter, anything) plodding and overly methodical, but I suspect part of it is his intrinsic makeup and part of it is a desire to not be like George W. Bush.

We may be lots of things, but we are surely not indecisive people. We are sometimes hot-headed and hot-blooded. We do not like our leaders to give the appearance of being impotent or overly cautious. Sometimes we'll give our votes to those promising to do something, even something rash rather than sticking to a stead diet of milquetoast. President Obama and his advisers have consistently picked their battles. In an effort to not expend too much political capital, they have been careful not to engage in open conflict too often. This might have been a good strategy going into a term of office, except that today's climate has rendered it toxic. Ironically, focusing on a few contentious issues rather than setting up for skirmish after skirmish might very well have made the President just as unpopular as he is now. The only difference between now and then is that the Left would applaud his backbone, while the Right would still hold strongly negative opinions of him.

There is such as thing as being a good general. In these days, we have civilized that which was formerly violent or formerly dealt with in violent ways, but we have not lost the love, nor the need for the battle. Conflict need not be destructive or injurious if handled properly. Obama's desire for post-partisanship is predicated on an idea that ideological bickering is always counter-productive to both sides. Yet, there is a third way between two sides of an argument. It involves the recognition that sometimes winners and losers are to be expected, not avoided. Until people are self-aware enough to put aside forever their reliance on either/or thinking, politics, governing, and diplomacy will be a costume drama. Obama's audacity is in that he honestly believes we are farther down the evolutionary chain. It makes for great philosophy, but bad governing.
Posted by Comrade Kevin at 8:30 AM

Great analysis. I agree, Obama has not stepped up to the plate and made the hard choices to fulfill what he was elected for. It is disappointing and fills me with forboding about 2012. If the pendulum keeps swinging right and then only partway back when there is the inevitable correction, we'll end up as fascists eventually.