Should Societal Judgment Be Time Limited? 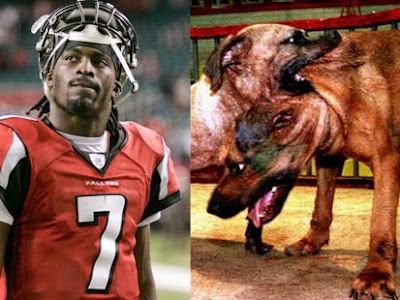 The impetus for this post was a most unlikely subject. I've been recently deconstructing my own uneasy feelings towards disgraced NFL Quarterback Michael Vick. My partner, a native of Philadelphia, is a huge fan of the Eagles professional football team and is thrilled at the its recent success with Vick at the helm. When the dog fighting revelations surfaced, I admit that I wanted to see him banned from the league for life. Instead, Vick served nearly two years in jail, filed for bankruptcy, missed two full seasons, and was blackballed from his original team. His stunning return to form was highly unexpected. And as much I try to be a forgiving person, I simply cannot extend it to a player who is nonetheless a strong candidate to be eventually awarded the National Football League's Most Valuable Player for a most impressive season.

My partner's response is calm, but firmly adamant. How long should we continue to punish anyone for past sins, particularly after they have done their time and suffered for it? I do see her point, though I still retain my skepticism. She frequently and adamantly encourages me to reevaluate my initial viewpoint, with limited success. So it is that on this same basic subject, a fellow Quaker, Betsy Cazden, recently invoked a thought-provoking, and highly controversial query for us all to ponder. Adapted from the theologian and philosopher Miroslav Volf, Cazden poses, “In heaven are there permanent memorials to Auschwitz, to Hiroshima, to the Middle Passage, to the Quaker martyrs?”

Or, to put it another way, can the atrocities humans have committed against each other be rightly let go after a time? Visitors to Holocaust concentration camps and memorials to those killed by Nazi atrocities are implored to "never forget." Is it healthy to eventually forgive and forget? Is it even possible to keep its memory alive beyond a certain time? Eventually, everyone negatively influenced by these infamous crimes against humanity committed in the name of the Fatherland will pass on to the next life. When they do, will wave after wave of museums, memorials, films, literature, and personal anecdotes suffice to serve as the supreme deterrent? Seemingly in in opposition to them is the radical forgiveness espoused by Jesus, commandments unwavering and undeniable.

"If you forgive those who sin against you, your heavenly Father will forgive you. But if you refuse to forgive others, your Father will not forgive your sins."

We are reflections of the way we react to other people, particularly in how we respond to those who break the rules, for any reason, and at any time. Putting ourselves in the place of those we criticize will be sure to create discomfort. If we are honest enough with ourselves, we can see how our judgments evolved and grew throughout the course of our lives. Every human develops differently based on specific environmental factors combined with the complex biology of how we came to be in the womb. This is not to excuse offhand anyone's bad behavior or poor decision making, but rather to note the complicated series of events that goes into the formation of each and every human life. Without contemplating the entire picture, our instant, summary judgments are based on incomplete and inadequate information.

Since I became a Friend, I have been called to avoid absolute words like "evil", in that they provide no possible way to see the Divine within the mortal. Even so, I find it a severe challenge not to see historical figures like Adolf Hitler in such blanket terms. The best I can manage is a weak, strained kind of halfhearted concession which states that der Führer certainly must have loved dogs. Which is more than we can say for Michael Vick. Hitler may have loved canines, but he certainly didn't love many of his fellow human beings. It is an extraction of the scriptural passages above that forms Quaker theology and I concede that as a spiritual discipline, I need to work on myself to not fall into the habit of making self-righteous pronouncements of any sort. Still, when one considers genocides, regardless of who is involved, I seek not to dishonor the memory of those who perished. With this ambivalence, a column I began with open-ended questions I conclude the same way.

Is it finally time to forgive, even if we do not forget? Would forgiveness facilitate healing? What is the ultimate and lasting value of maintaining an open sore? For all our striving, are we fighting a losing battle with time? If we are religious or spiritual people, do we trust in the guidance of God to open hearts and close wounds, or is this our responsibility, first and foremost?
Posted by Comrade Kevin at 1:40 PM

Excellent questions. I have the same problem with forgiving Vick. At first I wanted him banned from football entirely but now I can see that if he's paid for his crime and is out, he does have to make a living doing what he does best, or else he might fall back into bad habits. But as for forgiving him...that's another issue. I try to believe him when he says he didn't know any better when he did what he did to those poor dogs. I try to believe him when he says he's sorry. But unless we can truly understand what is in his mind and heart, we can never be sure if he's sincere in these statements. But I guess that's what true forgiveness is. Forgiving someone even if you're not sure they're really sorry. One thing that makes me crazy though is to hear that now he wants to have another dog at some point. I can draw the line there. That should be his ultimate punishment - to want the companionship, loyalty and love of a dog and not be allowed to have one. Because forgiveness only goes so far.