Yellow Journalism: Then and Now

These were the defining characteristics of Yellow Journalism.
Scarily enough, think of how many of these factors are commonplace today, so commonplace that no one even questions it. These days, we might consider these five points the basic building blocks of today's news story. For comparison's sake, let's look at a visual example. 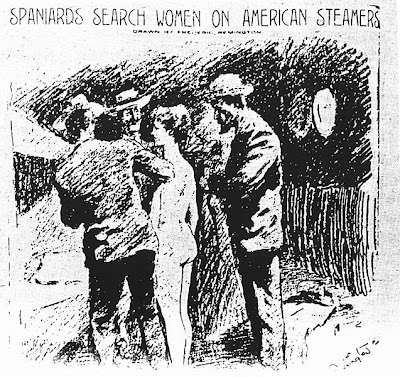 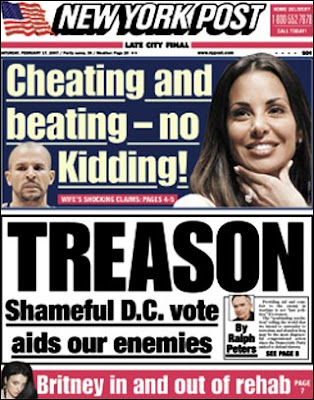 The mainstream media outlets, pundits, and fourth estate insiders routinely criticize the blogs for resorting to this very same thing, when they are almost always the instigators and worst offenders. What made me post on this topic was when I observed yet again how even the so-called "news" outlets feed us all a steady diet of crap and then wax indignantly when someone else might wish to provide the unvarnished truth. So far as I am concerned, they can all go under, since they're failing the public by peddling a bunch of gossip and hyperbole---failing in their responsibility to be the purveyors of truth---obsessed with the lowest common denominator at the expense of hard facts.

Superficiality, materialism, and consumerism go hand in hand so far as supreme vices are concerned, and this sort of behavior, as Bill Hicks would say, systematically lowers the standards of society as a whole, tainting our collective unconscious and making us pay a higher psychic price than we could have even imagined.
Posted by Comrade Kevin at 7:24 AM

Hi kevin
I am amazed by your profound and pointed writings, and especially so early in the day.
Even if I wanted to disagree (which I don't), I couldn't write like you.
Mind boggling. :-)
I vote for you!

Yes there is yellow journalism than and now, but there is still some pulitzer winning journalism. And I don't want to lose the NY Times or LA Times Or the Washington Post. That way I can fact check the crap that is ladled out on Faux News to the great unwashed.