The End of Litigation 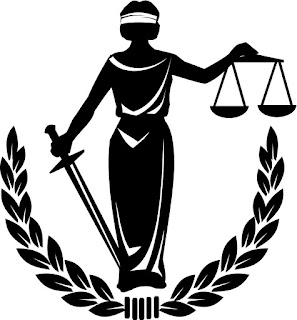 The system was much bigger than me and it's loaded towards people with privilege and money. I could be bitter about that, but I'd rather not be. I'm still here and I have an apartment full of groceries, and like I said, a partner who loves me who is one room over. And these things cannot be quantified in the realm of money. These things are gifts from God and have no value in our earthly world.

There are moral victories in life, but they come at a hell of a cost. In the midst, my faith has strengthened, even if I have to start over for the most part. Legal action is so wrenching, so completely exhausting, at the end, all you want it to be is over. It's like the end of some battle. At least it's over and the wounded can be counted, taken to hospitals, and the dead can be removed from the field.

I took on a big challenge with not that much money and made an impact, though I'm reminded of an art farm. Tried to kill one? You get rid of one colony and the rest regenerates into a brand new one with a new Queen. Some lessons you have to learn the hard way. I would not have sued my house of worship except in 99.9% of all circumstances. I did so because I had no other way and was not being heard. That's too complicated to go into now, maybe forever.

But sometimes it's best to cut your losses and crusade for equality. Anyone who has been through something intense and long lasting will tell you that. Charge forward, feminists, believers, liberals, and everyone else, but know that your energy comes at a price, and you better enter the fight knowing that first. Otherwise, you are selling yourself short. Make sure you have enough money to start and enough resources.

I don't have too much else to say. I'm glad to not let this trial do me under. Don't let it do you under, either. All I wanted was transparency, but I'm not sure I ever got justice. But such is life.
Posted by Comrade Kevin at 1:26 PM