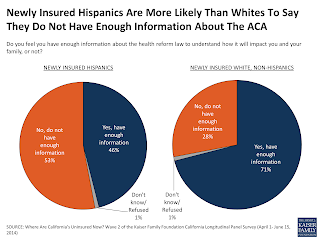 Like so many liberals and Americans, I hoped for a radical re-haul of the health care system with the passage of the Affordable Care Act. More people may be covered now, but hospitals and doctors can continue to charge whatever they damn well want. The ACA only covered part of the problem. It is an especially vast one, one with few discernible solutions.

I've seen employment in health care straddle racial strata. Mid-level income workers are still usually black, though many come from Africa and the Caribbean, as well as some doctors, low-level workers are usually Hispanic, and the upper echelon of jobs are usually given to whites. Doctors can often be foreign-born, of any native origin. The psychiatric unit where I was stationed for the past five days charges an obscene amount of money for even one day's treatment.

Without insurance, one day's hospitalization is $12,000. And as we know, if you don't have insurance, you're totally screwed. Looking at itemized statements of how much is charged to the consumer is enough to enrage. Testing the battery of an implanted medical device found currently inside me charges $750 to the insurance company, to cite only one example I noticed myself.

Health care is clearly a growing industry. Everyone talks about the aging baby boomer population, and that's true, but I predict as well that more men will adopt the profession, which is where the jobs will be. Typically, heterosexual men are not natural cultural fits for helping professions, like medicine, except for doctors, but I see more men in nursing school in the years to come.

It's a career that requires an immense amount of stamina and long hours. I worry about the mental health of the people who cared for me. I empathize with my fellow patients in pain and severe discomfort. There is a lot of untreated hurt out there, but hopefully it doesn't have to start in the crisis situation present inside a hospital. We could start by being far nicer to each other and understanding of social and racial inequalities.

It wasn't my intent to write an "ain't it awful" piece, but clearly something has got to give. Some hospitals with money are great. I was even able to look forward to meal times. But I've been in other hospitals that cut down on cost by using cheap and disgusting food, if not cutting corners in other ways that may be unethical and are certainly immoral.

We have to hold ourselves to a higher standard. We need to spread the wealth, and if that sounds too much like socialism, then that's just too bad. It's not fair that those with the means get all the goodies and those without get stuck in a black hole. In any large city, those in the know which ones to avoid and those to favor.

I was one of the lucky ones, due to my skin color and my insurance coverage. Others do not have similar advantages. I enjoyed Monday morning yoga, but across town, no one would see a need for it. We must balance adequate with lavish. We have not reached that apex yet.
Posted by Comrade Kevin at 2:13 PM