That Dare Not Speak Its Name 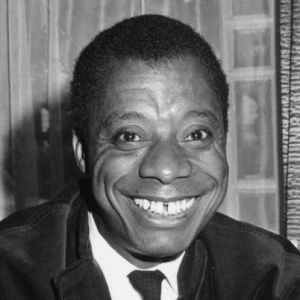 You, reader, know that I don't keep much back under the time-honored adage of the personal is the political. Some of you say I share too much. Some of you see me as courageous. He taught me what being queer was all about, more than any movie or book could do. We were clandestine lovers, our vast age difference a shield against gossip and a way for me to stay closeted. I've read so much bad LGBT literature and personal narratives, so I'm raising my pen now in part to counteract those issues, to counteract those tropes.

The conventional wisdom, still mainly true, is that LGBT media is highly mediocre. Gay-themed movies are still consistently terrible, with a few notable examples. There have been exceptions, more in recent times than others. I differ because I am not gay. Some of the best gay-themed content is couched in bisexual terms to cushion the blow. This doesn't mean that bisexuality isn't real, but that a heterosexual audience might find it more palatable than its more potent alternative.

These, as I said, were poor substitutes to real human interaction. So when we began what we began, he was eager to show me the ropes. I don't mean this in any predatory sense. At the outset, if you can believe it, we were totally celibate. Still, it is just as well that we live hundreds of miles apart. I have grown older, he has grown older, and I do not need him anymore. I do not want his advances or his advice any more. It is fitting and proper that we do this.

It's nothing personal. We outgrow certain people in our lives and so I have outgrown him. But I always take his occasional e-mails and instant messages. He was always timid and it is that timidity that ended us, not anything he did or said. He provided a poor example and a stereotypical notion of what a gay man was supposed to be, I thought. I wanted him to stand firm and not bend at the knees. Some want to dominate. I wanted to empower. Is this my own bias? Am I being unfair?

My own conflicted notion of masculinity may be to blame somehow. I guess you could say I don't know what a man is supposed to be, even now, even a month from 35. I wonder if I will ever. But I know that men come in different categories, but they usually get whittled down to two: acceptable and unacceptable. Men may only understand just what I mean.

Hear the words of black gay writer James Baldwin in his 1962 novel Another Country, featuring openly bisexual male characters, shocking for its time. It summarizes my deepest secret fear and why I out myself before anyone else has the satisfaction. I am the dreamer. My secret life is not so secret and yet totally secret. Rest assured I have not and will not even scratch the surface in the course of one lifetime.

“The trouble with a secret life is that it is very frequently a secret from the person who lives it and not at all a secret for the people he encounters. He encounters, because he must encounter, those people who see his secrecy before they see anything else, and who drag these secrets out of him; sometimes with the intention of using them against him, sometimes with more benevolent intent; but, whatever the intent, the moment is awful and the accumulating revelation is an unspeakable anguish.

Posted by Comrade Kevin at 6:14 PM