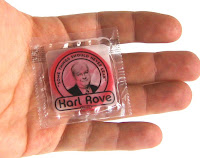 As a resident of the state of Alabama, I cast my vote for Don Siegelman twice: once in 1998 (a winning campaign) and again in 2002 (a narrow defeat). Let it be further known that in this largely GOP controlled state, I have never cast a single vote for a Republican in either a state general election/primary/runoff, a local election/primary/runoff or a national general election/primary. I do not regret casting my vote for Siegelman either time because he was the lesser of two evils running. In this state, one often has to cast a vote for the Good Old Boy on the left or the Good Old Boy on the right, and I always opt for the former.

As a matter of fact, I even registered to vote at a Siegelman for Governor campaign office when I was a senior in high school. Siegelman's successful 1998 run for Governor coincided with the very first election cycle in which I was eligible to exercise my civic responsibility by voting.

So, having set my credentials, please kindly allow me to proceed.

Don was, at best, an inefficient Governor. He was routinely lambasted in the press for lacking a spine and for being entirely beholden to the Democratic party establishment. He passed no real reforms during his four years in office, which contributed to his defeat and inability to achieve re-election. Until he was sentenced to prison, he was best known for a failed state-wide Education Lottery plan that went down to defeat, sabotaged by an unholy alliance of the Christian Coalition and the Mississippi gambling bosses.

Don was the kind of man who was ruthlessly politically ambitious and whose desire, first and foremost was to be Governor. What he lacked in intellect he made up for in drive and determination. By no means the sharpest crayon in the box, he was a notoriously poor judge of character and surrounded himself with corrupt underlings who cut a variety of underhanded deals. Whether he was aware of this, I know not.

What I do know is this: Siegelman rose up through the ranks of Alabama politics methodically, one rank at a time. He won election to the highest office in Alabama not necessarily because of his own merits, but because he ran against a highly unpopular good old boy whose real first name, was, believe it or not, Forrest. As an aside, I'm not sure what sounds more ignorant or down home: Forrest or Fob.

To provide a bit of perspective, in the early 1970's my father was elected as an independent to the Student Government Association of the University of Alabama. He recalls Siegelman as an arrogant, nakedly ambitious Greek who ruled with an iron fist. Siegelman was the President of the SGA during his college years in Tuscaloosa and was the consummate political puppet. Greek concerns came first and independent concerns were treated with caustic disdain and summarily dismissed.

In those days, Alabama's future political leaders were groomed by a Tammany Hall-like operation known as The Machine. The Machine's power over the University of Alabama's Student Government was legendarily corrupt and not above resorting to intimidation to accomplish its aims. Ironically, The Machine's power was largely undermined by the crusading reforms of one Joe Scarborough, lately of MSNBC talking head fame.

When charges came down against Governor Siegelman, I remember thinking to myself that the prosecution had a rather weak case. I wasn't sure it was going to hold much water. In fact, the only reason the Feds' case held up at all was because a top Siegelman aide turned state's evidence and pointed the finger of blame squarely at his former employer. And having said that, I do not disagree with the jury's verdict. I do believe that Don is guilty, though I am almost positively certainly the harshness of his sentence was, indeed, politically motivated.

However, if by chance he isn't guilty of this particular offense, I'm sure there are many others far worse which would easily result in a guilty verdict. Don is just another corrupt politician of the sort we seem to produce in excess here in Alabama. If the GOP was responsible for putting him away on bogus charges, they need to be punished just as severely as he was. But that doesn't excuse the fact that Governor Siegelman has a tremendous amount of political baggage and is no innocent.
Posted by Comrade Kevin at 11:38 AM