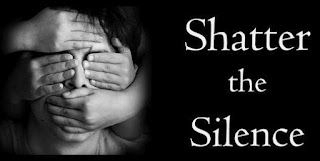 I’m not sure why even I am still shocked. Almost every week I read through the online edition of my hometown newspaper. Prominent headlines at the top of the page and a creepy mug shot advertise yet another story of brutality committed against a child. If every documented case of child molestation was reported on a single website, I wonder if it might provide an accurate tally or basic idea of the sheer enormity. I’m still not sure we, as a society, really understand the forms that child sexual abuse take or how to recognize them effectively. If we did, we might be able to more quickly respond.


If you ask around enough, everyone seems to have a story. The choir director in my middle school was discovered to have had sexual contact with a fourteen-year-old student. Should there be any misunderstanding, sex offenders can be gay, straight, or somewhere in the middle. In this instance, the accused was first revealed by news reports to be a presumably gay male in his late twenties. Few were surprised to learn his sexual orientation, but many were quite taken aback by the nature of the criminal allegations. The day after charges were formally filed, I remember watching the local five o’clock news with the rest of my family.

Along with an account of the police report read by a news anchor was a ghastly photograph. It showed a man with three day's worth of stubble and an exhausted, hangdog look. Otherwise a meticulously dressed and perpetually clean-shaven man, the image that peered back at me was haunting. It stayed with me for weeks afterwards. That one photograph and the emotions it produced was in many ways more powerful than any other revelation later to follow. Students, teachers, and parents each felt similarly.

After years of progress in therapy, my eyes have been fully opened. I recognize now how flirtatious he was with his male students. I can understand both how and why he kept favorites. Had circumstances been different, I might have been one of them myself. After the charges became well-known, four other boys dating back ten years or more also stepped forward with their own allegations. By then, most of us were overwhelmed with details, struggling to somehow place everything in its proper context.

The former choir director was eventually convicted and sentenced to prison, though only formally convicted with abusing one boy. The child was the first to bring the matter to light. Given a ten-year split sentence, his abuser spent two years in jail, and then served out the remainder of his term outside of prison. After he dropped abruptly from the headlines, he may as well have become a ghost. Someone new was hired in his place. The name of the new director's predecessor was never spoken again. It was as if he had been wiped away from everyone's collective memory.

If I had any nugget of wisdom to add to our collective wisdom, I would have us reach a more nuanced understanding of sex offenders and child sexual abuse. I think we have a tendency to think of the offenses committed as either a one-time sexual assault at a party, or a violent crime that arrives out of nowhere, perpetrated by a total stranger at two o’clock in the morning. Sex offenders often take their time and can seem entirely harmless to others in their midst. Because children can be easily and effectively blackmailed or coerced into silence, it's easy for child molesters to get away with their actions for years.

Child molesters who groom, as was the case with the Jerry Sandusky case, are not usually physically violent. The more extreme varieties do exhibit those behaviors, but these are less commonplace than often thought. Instead, the M.O. of many sexual offenders is a slow process of pushing past acceptable parameters, while increasing these boundary violations more and more with time. Perversely, while trust is gradually built up with a child, behaviors by the adult grow increasingly emotionally and psychologically damaging.

At that age, kids are often trusting of adults, this by their very nature. Sex offenders normalize sexual contact with the children they abuse. Aware innately that what they are being asked to do is strange and uncomfortable, child victims find themselves split between their own intuitive sense of right and wrong and what they are told to do. The intentions and actions of their abusers seek to contradict an inherent, instinctive sense of revulsion and disgust.

The analogy I often use is that the process of abuse for many is much like opening a fitted shirt button by button. Step by step, more and more physical contact is introduced. It's a slow process of gradual immersion. Though rarer in number, it is possible to encounter sex offenders who are physically violent and aggressive. Some years ago I made the acquaintance of a woman my age whose father had been both physically abusive and sexually violating. We began to discuss shared experiences in detail. She found herself entirely unable to have a lasting relationship with anyone beyond the physical. Those are the most damaging of all and also the most difficult to treat.

What we have considered effective deterrents prior to now seem to not have been successful. It would appear that sex offenders do not often respond to shame and guilt, or threats of ultimate punishment. Regardless of our threats by any form, their crimes continue. Even with a strict societal taboo in force, the prominence and frequency of child sexual abuse continues. Keeping our eyes open without resorting to paranoia and draconian legislation would serve us far better.

We cannot successfully mandate or prosecute what we do not understand. Yes, there are likely child molesters present in our daily lives even now, often those of which we are entirely ignorant. Moral panics and frenzied hyperbole have never served us well for any other reason. Comprehension, above all, is more important and will lead to the changes we need the most.
Posted by Comrade Kevin at 8:47 AM