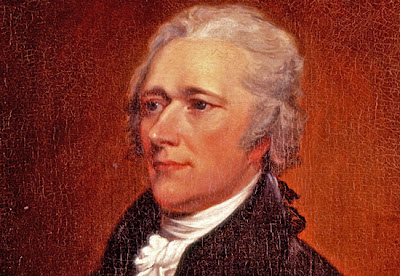 Over the past three or four years, we as a people have been debating legislation that challenges the very legal definition of Federalism. Most of these arguments are neither novel, nor new. The system of divided powers that separates a centralized federal government based in Washington, DC, with those granted to each state is the basis by which our Constitution was first debated and proposed. Federalism has long been a roadblock to progress, but it should be said that progress proclaimed is almost always in the eyes of the beholder.

Here is one example. The legality of the Patient Protection and Affordable Care Act now under consideration by the Supreme Court has been strongly opposed by several states. The way the law is written, these reluctant states must pick up the tab for increased Medicaid eligibility, coverage, and funding. The controversial individual mandate portion of the law has been perceived by some as an unfair tax upon the Americans who are financially eligible to pay it. The attitudes of those who disagree have lengthy antecedents stretching back a little more than two centuries. Their protests, offensive as they may be to some, might not be dismissed as simplistically as we would like to think.

Alexander Hamilton is, in large part, responsible for the financial and banking system that governs our economic system. After the American Revolution, the United States was left heavily in debt to foreign creditors. A combination of state and federal borrowing ran to a total of $79 million dollars. This staggering total had been essential to victory, but many Americans entertained an entirely unrealistic belief that taxation of any sort would now no longer be necessary. Taxes were associated in the minds of many with repressive British policies. However, to run a nation without going bankrupt required consistent streams of revenue.

Hamilton’s brilliant plans and strategies in this regard brought the new nation into its own. Over time, the first, and perhaps most brilliant Secretary of the Treasury has been racked over the coals by historians. Many have pronounced him to be an exploitative elitist, favoring the rich at the expense of the poor. His life is much more complicated and shows a portrait of a complex, nuanced man.

Born on the island of Nevis in the Caribbean, Hamilton was the illegitimate son of a ne'er do well. His mother died when Hamilton was still fairly young. A self-made man in all senses, the whole of his early life was full of poverty, drama, and tragedy. Like many people who were raised without money or prestige, he devoted his adult life to creating a comfortable existence for himself. In an era where family allegiance and last name were proof of acceptable social status, Hamilton always felt himself inferior and not good enough to be taken seriously.

His tireless work on behalf of the United States of America shows evidence of this same desire for redemptive success. At the outset, the United States was a large country in area with a predominately agricultural economy. It, like Hamilton, had to prove itself in the court of world opinion. Legitimacy in the eyes of long-established Western European powers often began with solid proof of stable finances. Immediately following the war that established independence from Great Britain, Hamilton had to literally create a plausible financial system from nothing, though he used the British system as a strong model.

How exactly the debt should be funded was to be the most inflammatory political issue. During the Revolution, many affluent citizens had invested in bonds, and many war veterans had been paid with IOU’s that then plummeted in price under the [Articles of] Confederation. In many cases, these upright patriots, either needing cash or convinced they would never be repaid, had sold their securities to speculators for as little as fifteen cents on the dollars.


Americans have had a contentious, distrustful relationship with capitalism, often believing that moneyed interests are unethical and exploitive. Though the analogy in some ways is facile, especially today, one can see evidence of same in this age. The attitudes of Occupy were often predicated upon the same fears and outrage. Where one places trust and faith determines fiduciary opinion. “[Hamilton] was naïve in thinking that the rich would always have a broader sense of public duty and would somehow be devoid of self-interest, instead of being captives to an even larger set of interests.”

Though his real view was distorted consistently over time, Hamilton never believed that national debt should be perpetual. He thought that debt was not necessarily evil and could even stimulate a nation’s wellbeing. One wonders how he would respond to other significant events in American History. These include the balanced budget fad of the 1990’s, the Economic Stimulus Package likely to become a major campaign issue, and Franklin Delano Roosevelt’s tendency towards fiscal conservatism during the formation of the New Deal.

One wonders whether times truly have changed, whether there was once a time where expanded public debit wasn’t viewed as unhealthy and injurious to the American economy. Some wish to judiciously prune away Medicare and Medicaid spending. States would lower rates of taxation if they could, even though the debt they harbor may be not honestly be a valid bogeyman. Casting aspersions upon Washington, DC, may play well in front of the home crowd, but means little to nothing in reality. Federal or State, our fates are intertwined, like it or not.
Posted by Comrade Kevin at 8:37 AM