The Fallacy of White Paranoia 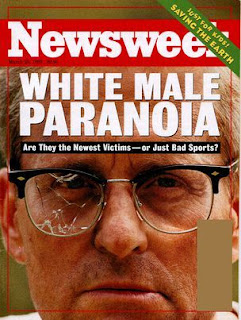 I recently spent eight years in Washington, DC, and while I lived in a very safe part of town, there were routine stabbings at the Metro station a mile and a half up the road and occasional incidents of petty theft. Those of my friends financially advantaged enough to buy houses in recently gentrified areas learned quickly to invest in outside security cameras, often to prevent packages being stolen from front porches. To wit, the lesson I learned is that no area was ever truly safe, and rather than that fact scaring me senseless, it wasn’t difficult to look past it. I genuinely enjoyed living in the District of Columbia and nothing would have frightened me away from the cultural and social advantages I experienced there.

Now, three months into a divorce and forced relocation, I’ve been forced to move home to suburban Hoover, Alabama. But before one forms inaccurate conclusions from the outset, attitudes down here might not be much different than the average DC-area resident who heads for suburban Maryland or Virginia out of fear of violence. The issue for me is that I’m back living in the groupthink of white picket fences and manicured lawns. The newfound paranoia of my parents astonishes me. It was never more in display than it was this past weekend. I was slated to attend a multi-day religious conference and carpool some hours up to the site. My intention was to leave my car at Quaker meeting and drive it home a few days later when we’d driven home from the gathering and I had arrived back in town.

My folks insisted on driving me out there themselves, which made me feel like I was about eight years old. The reason they cited is that the area of town the meeting is located is in the process of gentrifying and they feared that someone would vandalize my car or steal my tires. Let me add that many people parked their cars on site and no one experienced anything of the sort, nor have they ever experienced any incidents like that in twenty years, even when the area was nominally more dangerous.

Two incidences of violent crime, which would have been a yawn for me, plus Fox News scare tactics led my parents to embrace personal security overload. They added new locks to every door, installed a security system, blocked out every garage window from view, and my father now proudly sports a highly loaded revolver for his own protection. I have tried, with absolutely no success, to inform them that crime is in fact lower now that it has been in decades. They had, apparently, been led to believe that their Shangri-la would forever be devoid of any criminal activity, which is simply not feasible or realistic.

The suburban city where they live has accumulated significant African-American migration over the past decade, and if what I’m told is correct, it is nearby gangs and criminal elements who are responsible for this spike in crime, no matter how modest. As I suppose it is true everywhere, people responsible for white flight partially left out of their own paranoid fantasies of rampant criminality. It’s their life and their decisions to make as adults, but I am genuinely concerned today that my father might find himself in the middle of some pointless gun battle should he feel threatened or provoked for some ungodly reason. He used to be so self-assured and level-headed. I wonder where this new side of him stems from, but I think his constant diet of Fox News following his retirement is not a good influence.

I think about the old Phil Ochs protest song from the late ‘60s, true now as it was then.


I have a confession to make. I was raised to be afraid of young black man. One of my earliest memories is attending an Alabama college football game at Legion Field in Birmingham. Legion Field is in Ensley, an area that transitioned from working class white to predominantly black decades ago. A black face in the crowd freaked me out enough to cower behind my father’s legs. I must have been no more than three or four at the time, and, having lived in almost exclusively white areas before, I’d seen relatively few African-Americans before. My father got down on one knee to talk to me on my level.

Remember, they’re just as scared of you as you are of them.

And never were truer words spoken. It is mutual fear that ends up with young black men getting shot and killed by police officers. Real progress could be made, if only we managed to come to the table without constant phobia around each other. But the moment someone, white or black, attempts that sort of negotiation and the beginnings of something substantial, someone comes out with an account about the rampant and out-of-control violence in the black community, justifying heavy-handed police action, and any attempt at conciliation falls apart. I’m not smart enough to offer solutions to problems this complicated. Lord, I wish I was.

But I can guarantee that moving farther and farther apart from each other is not a solution. It’s just a defensive retreat. We need to find a way to assimilate, even though I’m aware that there are political forces who would prefer us to be separate and unequal to preserve their own power. They’ve been remarkably successful and all we have to show for our efforts are half-measures and unsatisfying gains that never really solve the problems at hand. But hope exists if we are willing to keep our paranoia and resentments in check.
Posted by Comrade Kevin at 5:29 AM