Birtherism, The Newest Lost Cause 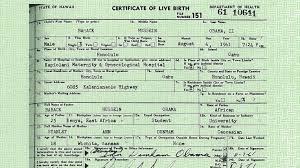 Now that Birtherism has become the latest cause célèbre in the public consciousness, it has progressed from a half-mad conspiracy theory to a half-baked political platform. Once the sole purview of the reactionary Right, questioning Barack Obama's American citizenship is now the stock in trade of would-be-politicians and public figures. But now, having embraced this fabrication, they will live or die by it. A long, ignoble history of similar conduct exists, particularly when an outright fallacy is believed by enough people that cynical opportunists seize fast to it to increase their own power. I could cite any number of examples from history, but I'll focus my attention on two.

Conquered peoples, or at least defeated peoples have a way of perpetuating and substituting legends and myths when the truth is too painful to admit. The Dolchstoßlegende, or stab-in-the-back legend insisted that the German army lost World War I due to the betrayal of its own citizens, not opposing armies. Fact and scholarship prove that this was a colossal lie, but the proud German people, who believed themselves nearly invincible in the field of battle did not willingly accept the reality. And before someone calls Godwin's Law, I will say no more on this subject.

Most appropriate for the 150th anniversary of the conflict, I note that I myself grew up something of a believer in the Lost Cause of the Confederacy. The kind of complete destruction brought on by four years of destructive war could only be softened away by romanticism and a deliberate disregard of the facts. Denial is a powerful force in the minds of men and women, and when it becomes collectively embraced, it is powerful still. Those who are natives of the Southern states refuse to let the conflict go, while those in more Northern localities often cannot understand why such an emphasis is placed upon an epoch they associate more with history books. History is written by the victors, but the defeated never forget. So it doesn't surprise me a bit that the epicenter of Birtherism is the South.

Pro-Confederacy writers James Ronald Kennedy and his twin brother Walter Donald Kennedy wrote a book entitled The South Was Right! In its conclusion, they give voice to a few notions that may sound surprisingly familiar.
The Southern people have all the power we need to put an end to forced busing, affirmative action, extravagant welfare spending, the punitive Southern-only Voting Rights Act, the refusal of the Northern liberals to allow Southern conservatives to sit on the Supreme Court, and the economic exploitation of the South into a secondary economic status. What is needed is not more power but the will to use the power at hand! The choice is now yours — ignore this challenge and remain a second-class citizen, or unite with your fellow Southerners and help start a Southern political revolution.

Birtherism, then, goes well beyond simple dislike of a black Democratic President. Some may have latched onto its most incendiary element, but the underlying philosophy is much more complex and reaches back years into the past.

The historian David Goldfield describes this Neo-Confederate attitude which
"...[explains] that the War of Northern Aggression was not fought to preserve any union of historic creation, formation, and understanding, but to achieve a new union by conquest and plunder. As for the abolitionists, they were a collection of socialists, atheists, and "reprehensible agitators."

It may also not surprise to know that Neo-Confederate attitudes are also often heavily critical of the Republican Party.
Conservative columnist Alan Stang, in a Southern Mercury article, "Republican Party: Red From the Start", sees a communist conspiracy in the Republican party of the mid-19th century. He alleges that the 1848 revolutionaries in Europe were communists and that some of these revolutionaries came to America after the failed 1848 revolution to perpetrate some type of communist agenda in the United States. Stang states:

...Lee and Jackson did not fully comprehend what they were fighting. Had this really been a "Civil" War, rather than a secession, they would and could have easily seized Washington after Manassas and hanged our first Communist President and the other war criminals.

I am somehow reminded here of those offensive signs displayed by Tea Party protestors, the modern day John Birch Society. And as I alluded to earlier, the defensiveness, aggression, and sloganeering seeks to cover up a larger concept. Denial is, after all, a defensive reaction meant to obscure a painful truth.
Historian Alan Nolan refers to the Lost Cause as “a rationalization, a cover-up”. After describing the devastation that was the consequences of the war for the South, Nolan states:

Leaders of such a catastrophe must account for themselves. Justification is necessary. Those who followed their leaders into the catastrophe required similar rationalization. Clement A. Evans, a Georgia veteran who at one time commanded the United Confederate Veterans organization, said this: "If we cannot justify the South in the act of Secession, we will go down in History solely as a brave, impulsive but rash people who attempted in an illegal manner to overthrow the Union of our Country.


But if we are to attack the true source of this mistrust and paranoia, we must pursue the great tap root. Public mistrust of government leads to conspiracy theories and encourages people to believe that the official line is, in fact, a complete lie. If Wikileaks is any indication, our government and other world governments lie to us everyday. Their secrecy is nonsensical and predicated on its own mistrust, regardless of how the powers that be may argue to the contrary. These prevarications of theirs are not simply white lies designed to protect national security or to aid diplomats at the bargaining table. Rather, they assume that the people as citizens have no ability, nor need to process and understand the state of affairs that currently exists.

But in this assumption, they fail to understand that Pandora's Box has already been opened. That which is needed to regain the faith of the average citizen is increased transparency, within the limit of reason. The Vietnam War, Civil Rights, and Watergate all eroded public confidence in its own government. These events destroyed confidence in all Americans, regardless of their party identification or ideological persuasion. In a prior time, I don't think rampant, unfounded speculation that questions, in all seriousness, whether or not the President of the United States is truly an American citizen would have even taken hold.

If I could propose a solution, it would begin with a drafting of a new contract with the American people, one that doesn't only advance the legislative aims of one particular political party. It would reach beyond well-meaning, but overly simplistic promises by a President who swears he will not lie to us. It would not stop at passing new laws, or even amending the Constitution, if such a thing could even be done. Reducing conspiracy theories to the domain of History Channel programming and those who pass out handwritten manifestos outside bus stations requires courage. It's a courage that states that the average American, regardless of level of education, skin color, class, or socio-economic status can be trusted. Until this is honestly advanced, expect more of these idiotic folk tales.
Posted by Comrade Kevin at 11:01 AM

Good news this is to everyone out there with different health challenges, as I know there are still a lot of people suffering from different health issues and are therefore looking for solutions. I bring you Good news. There is a man called Dr Emmanuel  a herbal practitioner who helped cure me from HSV (2), i had suffered from this diseases for the past 5 years and i have spent so much money trying to survive from it. I got my healing by taking the herbal medicine Dr Emmanuel sent to me to drink for about 14 days . 3 days after completion of the dosage, I went for a medical checkup and I was tested free from HSV. all thanks to God for leading me to Dr Emmanuel who was able to cure me completely from this deadly diseases, I’m sharing this so that other people can know of this great healer called Dr Emmanuel because I got to know him through elizabeth who he cured from HIV. I was made to understand that he can cure several other deadly diseases and infections. Don’t die in ignorance or silent and don’t let that illness take your life. Contact Dr Emmanuel through his email traditionalherbalhealingcentre@gmail.com You can also whatsapp/call him on:+2348140033827 .He cure all forms of disease {1}HIV/AIDS {2}DIABETES {3}EPILEPSY {4} BLOOD CANCER {5} HPV {6} BRAIN TUMOR {7} HEPATITIS {8}COPD{9} SICKLE AND ANAEMIA.etc Be kind enough to share as you received.