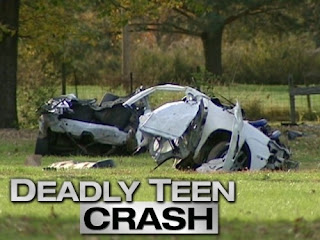 I’ve been watching, as some of you may have been, CNN’s recent documentary series about the decade of the 1980’s. Many, if not most of the historical events and themes covered are familiar. I was a child at the time, but nevertheless a precocious little boy, and my memories of those times are strong. Two of my strongest recollections show the fingerprints and direct involvement of my parents. My mother and father quite intentionally sat me down in front of the television to watch two crucial world events unfold. Children of the Cold War, they had never been allowed to forget the spectre of communism and inherent threat of the Soviet Union. Could the end finally be near?

Patriotic Americans to their core, these family viewings were partially a pep rally for capitalism. Democracy had won. Communism had lost. They were enthused by the optimism and myriad of possibilities in Tiananmen Square. And then it all came crashing down, predictably. My parents held their breath as the students were dispersed, the depressing, but inevitable conclusion in place, a repressive government back in control. The fall of the Berlin Wall, that same year, was a different story. The Reunification of East and West Germany to follow provided what it promised. It was trendy, almost de rigueur, to buy a tiny concrete cube of the Wall and install it like an art exhibit on a person’s work desk. Many an interesting conversation piece was, for at least the next two years, provided for the slightly gloating Western world.

But if any event summarizes the decade for me, it’s a much more localized incident. The reason it left an indelible impression on me is due to my relative proximity to the source. For in it, I came to understand for myself what real, not canned grief looked like. Instead of a world away, through the lens of a camera and a video feed, I only needed to direct the handlebars of my bicycle a mile from my backyard. In the beginning, the story was considered only somewhat newsworthy. It was treated as not much more than an afterthought in the local newspaper, a one-day story at best. When the details finally came out, to most it was just another senseless tragedy. It became little more than a two minute story on a local news broadcast, provided by appropriately serious and grave-toned news anchors.

No one could have foreseen a ghoulish plot twist the likes of which O.Henry would have loved. Let’s first consider a familiar culprit, drunk driving. As likely happens in every city and town in the United States, five high-spirited teenagers crammed into a car late at night. Many of us probably resembled them once, if we think back on it hard enough. None of them had any clue of what was to follow. Teenagers usually don’t. When I was that age, I tended to live quite happily in the present tense.

Tuesday, August 11, 1987, was the waning moments of summer vacation for many. In the news, the attention of Americans continued to be directed at the always-troublesome area of the Middle East. Iran-Contra raged on, as did the Iran/Iraq Civil War. In film, the sleeper hit Dirty Dancing, starring Patrick Swayze and Jennifer Gray, was a week away from being released. The number one song in the nation, according to Billboard, was Irish group U2’s single “I Still Haven’t Found What I’m Looking For.” In sports, another college football season was about to kick off. Only a few months before, Southern Methodist University (SMU) in Dallas, Texas, received the Death Penalty for frequent violations of NCAA rules.

August 11, 1987, is notable for other reasons. It marks the date that five teenagers from Hoover, Alabama, a southern suburb of Birmingham, made a particularly fateful decision. Four were female. A fifth, the driver, was male. As it was learned after the fact, he had apparently been drinking, despite being several years underage. The family of one of the girls, Ashleigh Nutter, has since stated that none of the passengers were aware of his level of intoxication before entering the car. Nutter and the driver, Todd Patterson, were dating at the time, which might explain why he offered everyone a ride.

A fascinating wrinkle to this story came two or three days later. One of the girls, first identified as Susan Ponds, somehow managed to survive the crash. Her body was rushed to a local hospital, where she was placed upon a ventilator to save her life. As fate would have it, she’d been the only passenger not to wear a seat belt. Though currently alive, there was no guarantee that she would survive. If she did make it, extensive time would be required to heal from her injuries. The story now takes a swift, unforeseen turn for the macabre.

At some point during that fateful night, Ponds and a friend, Christie Reeder, decided to swap class rings. The girls had been attending a slumber party, one of those chatty affairs which inevitably concludes well into the early morning. The accident that followed had been a brutal one. Patterson took a hairpin turn, driving much faster than the posted speed limit of 30 mph. This bad decision on his part effectively flipped the Ford Mustang in which all had been traveling face down in a ditch. Due to the severe injuries inflicted by the trauma of the crash, identifying the bodies was a difficult task. It became evident to many that the funerals to follow would likely be closed-casket affairs.

Three days later, the UPI caught up to the story. Nothing captures the attention of the media more than news of the bizarre.

HOOVER, Ala. -- A 17-year-old girl severely injured in a car accident while wearing a friend's class ring was mistakenly reported dead, and her relatives prepared for her funeral before learning she was alive in a hospital.

The mistake in identities was announced Wednesday night at the closed-casket visitation of Christie Lee Reeder, a Hoover girl whose funeral had been set for Thursday although she was very much alive.

'        When the young man told me, I said, 'I'm her grandmother, what are you trying to tell me?'' Margaret Welch recalled. 'He said there was some sort of mix-up and Christie wasn't dead and it was another girl.

'When they announced it at the funeral home it was just bedlam.'

Imagine how it must have felt, as a parent, to absorb the shock. Grief that intense rarely produces many retellings, which is why I’ve rarely heard this story told much. To learn first that your child has been involved in a terrible accident is beyond awful. Informed of your child’s demise, you dazedly and dutifully follow all the needed steps, manage the hoops to jump through as best you can, all the while processing the loss and anguish. You even make funeral plans, only to learn that your child is, in fact, very much alive. Imagine the tragedy in reverse, the agony of the Ponds family, their hopes cruelly dashed.

I was young then, almost seven, but I remember how the news reverberated across the community. The local swimming pool and racquet club, itself less than a mile from the site of the accident, installed a brass placard by a flagpole that listed the names of the deceased. I walked past it on many a fond, chlorinated day. For a time, using this example, adults warned me of the consequences of drinking and running with a wild crowd.

The age today that my parents were thirty years ago, I understand the approach they took, even as I acknowledge its flaws. They meant well, but I was a little too young to understand. It would be many years before I was old enough to drive a car. Only then would I have any kind of conception for how deadly automobiles can be. It would take a long time before I understood innately how easy it is to get into an accident and how much care one must take while driving.

As warnings go, not much was going to dissuade me from adolescent foolishness when it became my time. The years of mandatory D.A.R.E. (Drug Abuse Resistance Education) taught me from the age of nine or ten what hard drugs were, but I grew up in a suburban bubble where no one snorted lines of cocaine or tried to sell me PCP on street corners. Later, as so many do, I drank too much in college, even breaking the law a handful of times by taking the wheel when I shouldn’t have. I’m lucky that I didn’t get caught.

Twenty-nine years later, I wonder how many of us from back then remember that car full of teenagers and how they ended up. I pass by the site of the accident multiple times on my way home to visit my parents. Car wrecks are the real American epidemic. I have only known one confirmed heroin user in my life, but have had at least five relatives and friends die or be seriously injured in an automobile. The statistics on auto vehicular homicide are probably close to their levels in the 1980’s. I would be shocked if they were not.

When we talk about the decade of the 80’s, we shouldn’t leave out a crucial detail. It was in 1984 when the United States raised its drinking age in all states from 18 to 21, an experiment in paternalism and in placating grief-stricken Mothers Against Drunk Driving that, to many, has been about as effective as Prohibition. If we examine a very formative and significant time in American society, we need to also examine its share of enacted reforms, legislation, and the ways they continue to affect every American. How times haven’t changed.
Posted by Comrade Kevin at 8:04 AM