Why Quakers Revere Silence: An Answer in Part 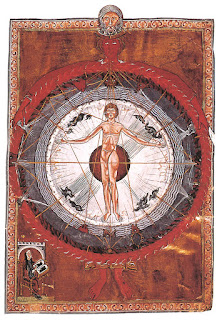 When I became a Friend, I was naturally curious to know why Quakers chose such an unusual and even initially confusing means of worship. Generations of visitors have been reverently mystified, leaving me to play tour guide to curious newcomers. Spending an hour in centering silence doesn’t happen in other religious traditions. There are moments of silence, of course, but not whole minutes or even whole meetings.

Most of the time, the exchange of information in a religious service is largely one way, with everyone faced forward, necks craning towards the action occurring center stage. I grew up in the programmed tradition, though I sought to break the fourth wall in my own way, participating as an acolyte in my family’s Methodist church. I lit the candles on the altar at the start of worship and dispensed brass collection plates when it came time to pass them. Perhaps then it was easy for me to vocalize my offering in Worship, though by no means was I an experienced speaker or entirely comfortable in the role.


Returning to the topic at hand, I have found a few answers to my query, though I won’t pretend to know the entire story. I have at least been able to trace the roots to later antecedents than the Primitive Christianity revived again that William Penn advanced. The Early Friends resonated strongly with a contemporary movement in Christian philosophy called Quietism, which was deemed heresy by the Roman Catholic Church in 1687. Quakers deliberately spread the teachings of Miguel de Molinos, a Spanish mystic, and the wealthy French widow Madame Guyon.

Miguel de Molinos gets to the jist of Quaker practice and the thought process of the average attender of Meeting for Worship in three short paragraphs. Below I include an excerpt of his The Spiritual Guide, written in 1675. It was an overnight success and a 17th Century bestseller, being translated into six languages and going through twenty editions in five years.

WHAT THE SOUL OUGHT TO DO IN INTERIOR RECOLLECTION

There are three kinds of silence; the first is of words, the second of desires, and the third of thoughts. The first is perfect; the second more perfect; and the third most perfect. The perfection of the soul consists not in speaking nor in thinking a great deal about God but in loving him sufficiently.

In order for a rational creature to understand the secret desire and intention of your heart, it is necessary for you to express it to him in words. But God, who searches the heart, does not need you to profess and assure him of it; nor is he satisfied, as the evangelist says, with love in word and in tongue, but that which is true and active.

What good does it do to tell him with great zeal and fervor that you love him tenderly and perfectly above all things, if at one bitter words of slight injury you fail to resign yourself, not being mortified for the love of him? A manifest proof that your love was a love in tongue and not in deed.

Silence is valued more than any sound or any word formally verbalized. As an idea, it’s a good way to understand that a totally silent Meeting for Worship is not meaningless. Much exists underneath the surface. Some vocal ministry bubbles to the surface and enriches our own experience, but the individual process of discernment keeps us returning to the well.

Quietists were seen as heretical because they relied fully on God’s intended aims for their lives, even to an extreme. Most Christians wished to work their way to salvation and to heaven through good works and right living. Quietists assumed that full devotion might even imply that they themselves couldn’t even enter the Kingdom of Heaven if God didn’t will it. That’s a thought that doesn’t always sit well with me, since I do believe that conducting my life properly comes with the promise of a reward.

I wish we did a better job as Friends of understanding our roots. As I was trained as a historian, I find ample evidence of how poorly we understand the past on a continual basis. Armed with this short article, we might speak to our own personal concerns and the questions of those curious to learn more about us. I conclude with a query or two of my own. What does silence mean to you? How do you envision your role within Meeting for Worship?