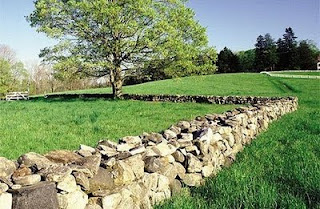 One day early. I lied.

Stalking has been a pertinent, highly publicized concern for women at least for the last twenty years. It has become many woman's personal nightmare, and paired with sexual assault, women's rights activists have pressed for legislation to strongly address it. It needs to be addressed, yet we lament a woman's very right to live in peace, one that could be under threat by deficient legal language, especially one not written for the internet age, but there is a problematic wrinkle to several particular pieces (and very crucial) legislation that already exists. The current statues are too clever by half.

Much like the phrase "rape", "stalking" is a loaded term that retains its ability to shock. One of the strongest anti-stalking law exists in the District of Columbia. It criminalizes any repeated communication to or about anyone, assuming a person you knew or even should have known would cause them to suffer emotional distress. Sometimes a scalpel can be used in place of an ax. This particular statue and what it legislates are often never cited when topics of this nature are brought in for the discussion.

Who could possibly oppose an anti-stalking law? Certainly not an elected official. The voting public is well-acquainted with stories of persons, usually women, who live in terror because someone, usually an ex-spouse or a rejected lover, is stalking them.


Often we learn of the stalking only after the victim has been murdered or seriously harmed. The stories fascinate, and are often terrifying, tragic, and outrageous. So every jurisdiction in the country has passed an anti-stalking law in the last two decades, and few officials or commentators have raised questions about their wisdom. But perhaps they should.

22 DC Code 3133(a)(3)(C) has been used to convict even polite, genial men who know better than to refuse to disregard boundaries. It has been used to convict an eccentric, but perfectly harmless man who left a series of polite messages for a D.C. Council employee, messages inviting her for lunch or coffee. It was also used as well to prosecute an ex-Scientologist activist involved in the Anonymous movement, a man who peacefully and consistently picketed their headquarters on 16th Street NW.


While motivated by good intentions, as Mr. Hunt suggests himself, I’m not happy with the notion that it’s a crime to ever hurt anyone’s feelings. This country was founded on the right to free speech and hurt many peoples' feelings. They called it the Declaration of Independence.

Passed into law in 2010, statue § 22–3133 refers specifically to Stalking. While some aspects of the law are clear, many others show some grey area. Emotional distress is a particularly difficult charge to make in court. Others are more cut and dry, but certain sections depend entirely upon interpretation. This is often what happens when we think that legislation is absolutely essential and called for by a clamorous public demanding judicial retribution. What this statute sought to protect was noble, but on at least two occasions, an overzealous interpretation completely missed the intent of the law. A difference exists between annoyance and fear. The statute confuses the two completely.

The Church of Scientology in Washington, DC, located at 16th Street NW, used this law to prosecute a particular zealous protester, anonsparrow1 AKA Brian Mandingo, who is one of the members of the Anonymous collective. Peaceful protest is freedom of speech held under the Constitution, and not meant to, in effect, stalk those who have a right to express their opinion. Fortunately, the judge threw out the charges against anonsparrow1, but a jury trial would have convicted him under this DC statue.

Charges filed against Jeffery Davis, also of the District of Columbia, are closer to the statue's original intent. Mr. Davis made five polite inquires, asking if a young District Columbia Council would have coffee with him. His first attempt was unsuccessful, though cordial, as all subsequent correspondences were. Later attempts were reported as stalking, though it should be noted that Mr. Davis was consistently pleasant in his persistence.

He was eventually arrested and tried under §§ 22–3133, the defendant stating that the young worker feared for her safety. This was not the judgment of the justice of the peace assigned to the case, who retained an audio copy of every inquiry Davis made towards her.

To say again, in both of these cases, as in the case made by our founding fathers to create this nation, it has never been against the law to hurt someone's feelings. While well-intentioned, § 22–3133, extremism in defense of liberty is indeed a great vice. At no point is the Violence Against Women legislation part of an anti-stalking piece of legislation. Instead, the stalking bill is a popular reform tacked on to pending legislation that upon further glance seems to legislate very little with a modicum of only a few words.

Read it for yourself.

We live in a climate saturated by fear. Cable networks peddle it. And then there are the violent movies and video games which we watch and our children watch. It doesn't take much of either men or women to constantly fear for their personal safety, to say nothing of the legitimate fears women have always faced. And while I'll admit that the rates of violence against women are certainly much too high, flawed statutes like these only cause resentment and defiance, perhaps even non-compliance.

Indeed, I am under the cross-hairs myself for being no one but me. I'm a large man, of a large build, with an intense personality. In these irrational times, someone might well accuse me, baselessly, with their own honest fear, of being the next workplace shooter. This is a reality I must face, as I attempt to smile more and be more jovial, when neither are my natural state of affairs. Fear often affects only the person who is said to be blamed.

And it should be emphasized as Robert Frost wrote in "Mending Wall", Before I built a wall I’d ask to know/What I was walling in or walling out/And to whom I was like to give offense.
Posted by Comrade Kevin at 8:56 AM