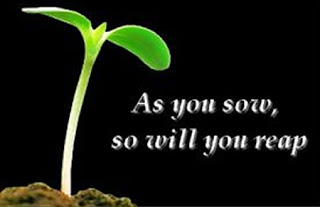 And in the end, the odds were too long. It didn't make sense to continue to litigate, to sink thousands of dollars of borrowed money into a court case where I had equal odds of either winning or losing. The argument I made is that the Meeting itself is so prone to schism and hostility that a trial would destroy it. They didn't see it that way because they chose not to see it. But it would have caused massive fissures though I know not everyone there is beholden to wrong behavior.

And if I had been a more vindictive person, I could have produced that effect. Everyone kept daring me to sue, foolishly not realizing what they would create. Who knows what I have left behind in my wake. Hurt feelings, probably, and resentment as well. A Meeting member told me that certain people were very hurt, and if that speaks for the Meeting as a whole, I have accomplished my intentions.

By this I don't mean that intended to hurt anyone, but rather to teach lessons and hard truths. Some people go immediately for the money. This was never my aim. If I could have settled this for some honest discussion and a vow on their part to do better, that would have been sufficient with me. As I wrote earlier, I really wasn't after any kind of monetary compensation, but the system focuses on money as a unit of bargaining.

The charges (and I write this with no small discomfort) about women being afraid of me do not sit well. Five years ago, I went through an stressful episode where I very badly overshared and opened up to everyone. One of my closest F/friends is a woman about my age who, when I told her about these allegations, said that I had a tendency to be very needy in my daily dealings with her. It never bothered her and she was glad to retain our friendship, but it made me think. Not everyone acts with such generosity.

A calmly mediated talk between all parties would have been the best solution. But they never did it that way.

What I did was certainly not criminal, but the Meeting treated it as such. I was supposed to cc a particular committee handling the affair any time I contacted someone new. This was a ridiculous request and was, in part, why I sued in the first part. But as I've had space and distance from this former Meeting, I've realized that the stress and tension had re-traumatized me. I'm already vulnerable and they weren't smart enough to see that a toxic atmosphere like this was traumatizing everyone, regardless of past experience. And this happened by refusing mete out discipline to anyone.

I was singled out for calling out the problems and not letting them be brushed under the rug. But it took them five years to reach that point. This is symptomatic of their Meeting and it is no longer my problem. But in the meantime, changing the mind of people who don't want to change is an impossible matter. But walking away from the table is often the smartest thing a person can do.
Posted by Comrade Kevin at 12:25 PM