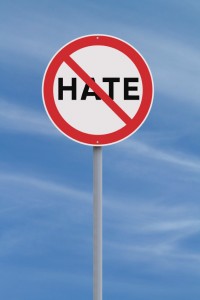 This post is, I must admit, one of my most difficult to write. The most painful portions are not even my own words. While a recent bout of poor health has kept me sidelined from regular posting this past month, I've been simultaneously involved in heavy litigation and instructed not to put anything up here. While I plot my next move, I briefly share where the last month or two has taken me.

The problem with being a writer of any sort, or a person used to being highly independent, is that the court system simply isn't drawn up that way. Should I hire the services of a lawyer, as I did, he or she is now my mouthpiece. I can't talk to the other side's attorney directly and my own private wishes must first be vetted by my own counsel. I suppose it might be easier if we had no concept of what law is supposed to be, no years of television programming and movies distorting the real process.

Two occupations could not be any different. I have found it a difficult challenge to give in to a system that I don't understand and avoid creating problems based on technicalities. Yet, I think it worthwhile that everyone goes through civil litigation at least once in his or her lifetime to see how we, as a society, have chosen to resolve our grievances.

Much of it turns my stomach, and I this I say with my apologies to the lawyers reading this, but it is the system with which I find fault, less so the personalities. Two very honorable and knowledgeable attorneys gave me advice before I began this excursion. In fact, one of them kept me from stepping into the middle of what could have been some financially injurious quicksand.

I have told about my beginnings. To follow is the guts of the legal action. Sadly, all of the allegations I've alleged about them are true, and I say them knowing that some will use this particular circumstance as further proof of the damaging impact of organized religion. But in reality, this is only one very bad Quaker Meeting. Many houses of worship are loving and compassionate, not mirthful and hateful, as is the case here.

Here is one of the letters my attorney filed to theirs. Be it known that as a writer I would have written this much differently. I've blocked out all identifying marks to protect confidentiality.


We represent Mr. Kevin Camp, a Quaker pacifist, who joined your Church in 2008. He expected Christian love and understanding but received extreme hostility from many Church members.

One member made statements that Mr. Camp was “crazy,” a second stated that he was “gay,” and the Healing and Reconciliation committee indicated that he had mistreated female members of the congregation. He never expected such behavior from members of a Quaker Church.

These acts were intentional, causing my client emotional distress. As a result, Mr. Camp endured pain and suffering, including high blood pressure and headaches, and had to undergo two operations on his stomach.

Mr. C was forced to leave the Church because the members were very hostile to him. For example, he participated in a Christian group full of people who were supposed to share their life experiences as a house of worship.

Mr. C shared his own experiences with the group during Meeting for Worship, and a member claimed after a vocal ministry that Mr. C caustically noted that he was sharing too much without a name tag on his body/person.

NF, a member of Healing and Reconciliation, acted as a mediator between my client and the Church.

Mr. F stated that the women at the Church claimed they were afraid of Mr. Camp. My client was dumbfounded why anyone would be afraid of him and asked for Mr. F to explain precisely what these women were afraid of. Mr. F refused to answer the question.

The Church also distributed slanderous letters about Mr. Camp to a listserv, stating that Church members were afraid of him and that he should stop participating in Church activities.

Mr. Camp’s medical bills resulting from the stress created by the Church are more than $50,000. The Church is wholly responsible for this amount, and my client demands that he receive proper restitution for the pain and suffering he has endured over the last seven years.

Thank you for your consideration and attention to this matter.

Too much here cannot be unpacked in a few words alone. A person encounters a history with others over the years. Seeking to explain them all at once is foolish and couldn't be done in any case. My intention is not to seem like a misanthrope. This legal action was a decision I did not arrive at easily, or as we Quakers put it, without proper seasoning.

Read this letter in one setting, if you wish, and see if it pushes any of your buttons. It may push a few. Remember you can only read this without any context, so your immediate emotional response is probably going to be where your understanding rests first.

I mentioned earlier that I had some issue with the legal system. Here is what I mean. Trials and formal litigation are expensive. I do not have the system on my side. While they have the benefit of gold standard pro bono representation, I do not. It has been my understanding in recent days that the lawyer you get is usually the lawyer you pay for, except for a few who love the fight enough to take the underdog role, beating the favored team at its own game, over and over again.

I may have my way with crafting words, but they give me more satisfaction than putting a case together. Too much work, not enough payoff. Unless I'm writing short fiction or non-fiction, I usually see my works end and start within a few hours. I would grow restless otherwise. And after a while the constant conflict would wear on me. It's been difficult enough to go through a single day without a phone call or an e-mail of the day's progress.
Posted by Comrade Kevin at 11:18 AM