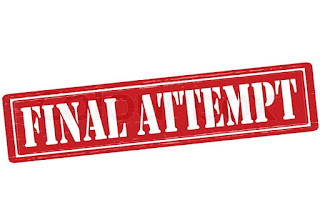 You may recall a couple of weeks ago I bowed out graciously from my legal action in which I sued my Monthly Meeting. It seems that careful study on my own behalf has opened up a new option. It's called Small Claims Court. But like Pharaoh from Old Testament days, I am potentially being stonewalled by those opposing me, thought this does not deter my courage or my decision to see the matter until there are no matters remaining.

A few situations need to be explained. And I will define them to you as I did the five people being sued on Healing and Reconciliation addition to the clerk of the Meeting. Being that I am my own counsel for the duration, meaning I need to be my own lawyer, mostly because pro bono work for civil trials is almost impossible to find, I want to get across a few salient points. And because I was given permission by their counsel to speak to them truthfully, I speak my mind freely.

This legal action was never about money. Regardless of what some may have thought, I did not see myself as some cheap extortionist using fear to accomplish my aims. I much preferred the idea of a letter of apology given to me freely. That seemed the fairest way for both parties to get some of what they needed, to put together the best and fairest form of Quaker process, compromise. Though it has been rejected twice, the offer stands on the table.

We are headed for a period of small claims litigation, our final stop. Though I can ask for up to $5000 in retribution, I will ask for no more than $20. However if their counsel wishes to structure their defense as such, small claims is a smaller version of a full trial, without the immense expense and simplified for those like me like me who might need to serve as their own counsel. What monetary gains they might get, split five ways, will be minuscule, should they lose, and the same will be the case should I win.

I know their lawyer is working pro bono, but it is customary for him to take his cut of the gains, and he may find himself receiving little more than the price of a lottery ticket. He seems to be a principled person, but he still has to pay his side's court costs, which are somewhere around $300-$500 pre-trial and perhaps even to subpoena an uncooperative witnesses or two, which could cost as much as $50 a head. But with so little at stake, is there much difference between winning and losing?

Because my income is substantially less, I can get most of my court costs waived if I speak to the judge first. At minimum, he and I may be wasting a day of our time, walking from department to department, and his counsel for the trial and I might waste another jumping through all the hoops and filing the paperwork. A I mentioned above, I will probably need to pay to represent myself, which I am prepared to do. I may also need to pay $75 for a jury trial, which I am also prepared to do.

I urge the committee again, plus the clerk of the committee, to consider mediation. I would be satisfied with a letter of apology, then to be done with what has dragged on to over two months. I have made my intentions plain by filing suit and by leaving my former Monthly Meeting. I sent their counsel half of the medical paperwork that has recently taken place in my life. I wonder if they received it?

Though I do not obviously have the sworn testimony of a doctor or medical expert attached (though it could be easily produced), the evidence is powerful and strong on its own merits. I have had four surgeries in five years, plus developed five new chronic illnesses in four years. Whether you believe that correlates to your own observation, it's quite feasible to make a case for myself.

Court, even for one day, is a hassle for everyone. Having to plow through the evidence once more will be emotionally exhausting. And, be it known, I never sought to force my former Meeting to pay my medical bills. While my prior counsel did informally assess my medical bills at $50K, many people don't realize how expensive surgery and hospitalization are. The cheapest surgery I have ever had was $14K. The last hospital stay cost $12K a day. Out of pocket, for this year alone, my prescription drug bills have been $8K. Honestly, if I were to demand a true claim, as I was considering prior to full trial, I would ask for $100K-$150K.


I'm not asking for much. Perhaps a compromise is possible. Whether you believe it or not, I honestly believe seven years of living in the company of my former Meeting created many health problems. My therapist believes that I was re-traumatizing myself and encouraged me to leave long before I did. I have felt more at peace since I left two months ago and I do not regret my decision. The legal system is a blunt instrument, and I know that now. I may have needed to learn it for myself. The reasons I left need no further retelling, except, perhaps, at court. I do not wish any of you ill and never did.

Talk among yourself and, I urge you, please work out a settlement both parties are satisfied with at the end. I do not wish to become the sort of man with a grudge and manifesto who passes out mimeographed pamphlets to disinterested people at rail stations. When I share this continuing story with you, it is merely to educate those who want to know how litigation proceeds within Quaker settings. I have changed since my first post. I am no longer angry.
Posted by Comrade Kevin at 11:47 AM