The Emotional Drain of Litigation 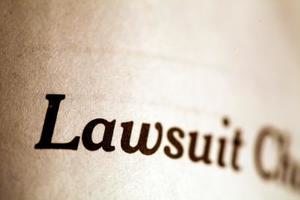 I want more than anything else to have my life return to its normal rhythm. I've talked a good game about lawsuits and legal actions, but the process has been emotionally draining. I can't imagine how it must be for a celebrity, a person who lives in the spotlight every minute of each day. My legal struggles have been small potatoes, one person seeking what is fair and decent. It might be said that in the very normality of this act comes its power to inspire.

Activism is an easy line to spout until it becomes your life under the microscope. And in the end, you pray for a few good allies here and there to bolster your case, to push you from anonymity into greater prominence. I have my allies in this fight, too, but most people run from litigation. Chasing people down for affidavits to be filed later, all attesting to my good character, this takes time and emotional energy.

The Gospel of John shares an account of Nicodemus, a secret follower of Jesus, a man who only surfaces at the end and when there is much less for him to lose. Those have been my supporters in recent days. Should these be your struggles, you will see your own. And I do not imply that I am Jesus, probably most likely a very mortal being like John the Baptist.

As I said in my last post, in accordance with the wishes of my attorney, I had to go offline for a week or two. Now pre-trial deliberations have concluded and that ban has been lifted temporarily. If I opt for a formal trial, back will go my need to keep the trial proceedings and my reflections away from publication in any form. I've worked hard to build a blog audience and I don't want to take it offline for any reason.

The issue facing me now is money. My opposition has found a well-regarded lawyer. He has agreed to take on the case pro bono, which I find to be incredible, as he would be forgoing an ungodly amount of money and tying up his time in the process. Someone with connections must have cut a deal. I have not been around these parts for quite as long and haven't had years of working hand-in-hand with someone to make those connections.

They were never going to concede me an inch of turf without a trial and I knew to expect that. That would concede they were culpable in their flaws that led to one physical ailment after another, and the kind of self-reflection and humility that goes along with it is not exactly a common trait. But be it said that I knew that the odds were against me from the minute I hired a lawyer because our civil trial system is built on income and insider connections. Some idealistic so-and-so might represent me in a criminal matter for free, but not in a civil trial. As I said in my last post, I consulted two older men, both attorneys themselves, before I hired this latest attorney to give me some idea of the lay of the land.

And that, my activist friends, lawyers-in-training, and those involved with causes, is the bitterest lesson to learn. Do you have the emotional, psychological, and mental stamina to manage it, day after day? When your name ends up on a court docket, can you stand upright and say your lines when needed? In this particular case, which is a matter of personal injury, could you undergo the indignity of a lawyer or lawyers digging into your private life, with any and every topic above boards? Could you take being dressed down, to have your past conduct built to a false conclusion by trained professionals that leaves you looking deranged, crazy, and not credible at best?

This is an exercise in sadism and that we even dignify it is problem enough. I have much more respect for those who have been the whistle-blowers and the ones who stand out on purpose. We say we are civilized, but that is an untruth. Now we fight with business suits, not spears and daggers. And even pacifists like me who find the concept distasteful, and have set our swords aside deliberately, we have to observe two trained gladiators doing our fighting for us.
Posted by Comrade Kevin at 8:13 PM