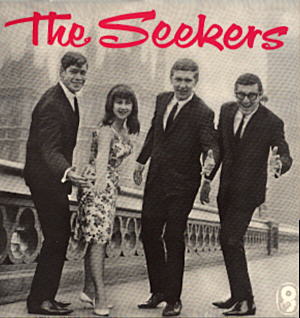 Explaining religion to the uninitiated is an enormous part of what I do through my writings and through other work. It should be said that I don't see myself as an evangelical spreading the Good News and never have. I am not in the business of presuming that my understanding is better than another's, nor do I zealously wish to save souls from an eternity in hell. What I will say is that I am quite aware of the vast numbers of seekers who want to have a relationship with God.

Living by example is my first approach. Bolstering the authority of my message by skillfully utilizing persuasive argument is the other medium I've embraced. I have some fine old company in this regard, dating back centuries. Any number of activist and identity groups across the political divide use those same tactics, though some take more liberties than I ever would. I never wanted to be an extremist, nor do I believe that being intentionally offensive to make a heavy-handed point is a successful strategy.

I strive for a much more even-handed approach, but among people of my faith, our approach was once very radical. Believe it or not, the Early Friends took liberties of which most 21st Century Friends would no longer approve. Certain Quakers went around naked, asking for a sign from God. Disrupting Anglican church services by loudly interrupting sermons, mid-sentence, caused more than a few uproars and got many thrown into jail. That behavior, to me, is no different than a pro-choice group (or any other group) making a public scene during a Congressional hearing.

The impact of this outlandish behavior in 1640's England must have been successful, as the sect grew like wildfire. We retain today some of that rabble-rousing tradition, but are paradoxically afraid of too much change. Quakers are no less strongly opinionated and individualist than we were back then, but we have, in some respects, become what we originally criticized. Our unprogrammed Worship is meant to be the pinnacle of informality. We conclude Worship with a handshake, not an ornate, elaborate piece of classical music played on a massive church organ. However, even shaking hands becomes a reverent gesture with time, ritual by any other name.

I return to the beginning of this post. Over the years, I've learned a few things here and there. The non-religious people I regularly encounter usually take one of two approaches to faith. One group automatically rejects it out of hand for being repressive and hypocritical. The second views religious belief the way I often dismiss New Age, woo-woo practices. I'm highly skeptical of energy healing or discussion of past lives. My mind is closed, for the most part.

Listening for God isn't easy. Like most disciplines, it requires careful study and practice. But practice alone is not sufficient. Belief is not like Yoga or exercise, a learned routine that provides a greater payoff with the time one puts into it. What I find prevents most from hearing what Quakers call the still small voice of the Holy Spirit is doubt. A mind that cannot believe with the natural trust of a child, as Jesus pointed out, will never be receptive to a direct relationship with the Divine. The skeptical will parse any movement, organization, or group to find reasons not to believe.

Understanding the real nature of religion, in its purest form, does not require us to jettison our common sense. It does, however, insist that we momentarily suspend our disbelief and open ourselves up to the possibility of more. We are not alone. Even the most observant believer loses sight of God from time to time. The people for whom God is always present and always barking orders are the ones I worry about the most.

A week later his disciples were in the house again, and Thomas was with them. Though the doors were locked, Jesus came and stood among them and said, "Peace be with you!" Then he said to Thomas, "Put your finger here; see my hands. Reach out your hand and put it into my side. Stop doubting and believe." "My Lord and my God!" Thomas exclaimed. Then Jesus told him, "You believe because you have seen me. Blessed are those who believe without seeing me."

Doubting Thomas wanted to believe. Had he not, even direct proof would not have been enough. Though we may be living in a so-called Post-Christian world, where shared biblical references become fewer and far between, and fewer people attend Worship, people continue to desire a relationship with God. It will never work, however, if God always must exist on their own terms. This idolatry is hardwired into us, but we must resist, if we wish to truly find what our hearts have been seeking most.

There is room at the inn for everyone. We will never be abandoned or cast aside, though if our whims deviate from his because of our headstrong attitudes, it may appear that we are being ignored. A Quaker term of which I am very fond implores Friends not to outrun their Guide. So long as we listen to the guidance of the Spirit, our actions will be neatly in line with God, and therein lies true happiness.
Posted by Comrade Kevin at 8:14 AM