The Terrible Love of War 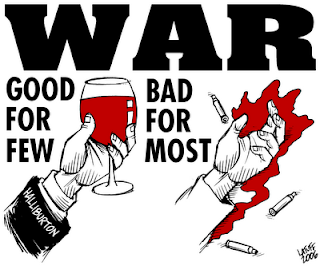 The author James Hillman wrote a book a few years back entitled A Terrible Love of War. In it, he discusses the complexities and paradoxes of war in the human psyche. I was struck by how many of these same contradictions and brutalities described rape culture and the violence that exists within each of us. That which we consider relative peacetime is often anything but. This is why Hillman titles one section “War is Normal” and another “War is Inhuman”. Both are true and neither is exclusively so.

When as I teenager I was dragged along to a very conservative Baptist church, a saying was frequently heard. You are the devil and the devil is you, it went. I don’t believe that Satan exists in a physical form, but I do believe that under the right conditions, people can be easily compelled and motivated to commit acts of pure evil. And I also believe that even good people can forsake their compassion and act viciously. A supposedly civilized nation participated in mass murder, complicit with a dictatorial group of armed thugs. I am speaking of Nazi Germany but I could speak of many similar situations throughout history. It could easily happen here and to each of us. Sometimes circumstances create a breeding ground for atrocities. Sometimes protracted trauma reduces each of us to the role of savage.

Sexual assault and rape has long been a particularly gruesome aspect of war. It has been used for strategic value. Genghis Kahn instructed his hordes to rape the women of every village he conquered. The offspring these women would produce would be part Mongol, and, it was thought, less likely to be future enemies. During Vietnam, American soldiers raped Vietnamese women, often out of vindictiveness, sometimes responding to the loss of their own comrades in battle. In 2004, detainees at Abu Ghraib were sexually assaulted while in prison, also by American troops. If “normal” means sadly commonplace and frequent, war is normal. Sexual assault is normal. Rape culture is normal.

We are the devil and the devil is us. Groups which speak out against this sort of madness must take into account more than the politics of righteous indignation. If there were really such a thing as strictly evil people and evil intentions, it would be easy to identify likely offenders and cast a light upon active abusers. Each of us can be transformed into something resembling a psychopath, especially in times like war where most, if not all established rules of conventional morality are no longer in play. In the civilian world, murder will get you the death penalty. In war, murder will win you a medal of honor. But the cognitive dissonance needed to kill another human being rarely stops there. It’s easy to rationalize the death of non-combatants and to reduce everyone not an immediate ally to less than human.

War is inhuman. Sexual assault is inhuman. Rape culture is inhuman. We are inhuman. We are normal? What is normal? Normal depends on circumstances, as I said, but circumstances are subject to change. Now, this is not meant to make anyone feel guilty, just to state that lines we think are sharply drawn from now until Judgment Day are not always set in granite and concrete. Our obsession with justice and vindication must also contain an aspect of self-evaluation. If I am to understand another, I must look first at myself. Perhaps it could be said that we live in the midst a low-grade war already. In some places, the risk is greater, but the war is always raging somewhere.

Posted by Comrade Kevin at 5:28 AM