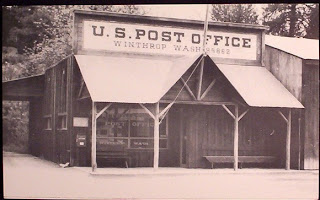 In the Internet age, time-honored institutions have no choice but to keep up. The US Postal Service's recent woes are no exception. Major government agencies are being forced to cut back and, as we know, even sacred cows like Social Security and Medicare may be pruned judiciously. In a recent Washington Post blog entry, the Postal Service's woes are discussed in detail. To some extent, the agency has only itself to blame. But to look at it another way, Americans retain such strongly favorable memories of the USPS that effort after effort has been made to keep it intact.

The U.S. Postal Service (USPS) is at risk of shutting down sometime later this year as it quickly runs out of cash and piles up billions of dollars in losses. Its business model is clearly in need of a radical overhaul. Not only is the USPS facing a revenue decline due to the popularity of e-mail correspondence and electronic bill-paying, it must also confront a prohibitively expensive cost structure as the result of a highly-unionized labor force. Combine those two factors with regulatory inflexibility when it comes to changing the way the USPS does business, and you can understand why sentiment is so negative these days.

A few popular misconceptions about the US Postal Service need to be corrected first. It is an independent agencies tied to the Federal Government and has not received direct taxpayer dollars since the early 1980's. This is a bit of a curious arrangement, since most other independent agencies serve a regulatory function. Regulation and reform are needed most here, especially with the Post Service's business practices. Its lack of an up-to-date model is partially responsible for its sharp decline. Its generous, some would say excessive pension plan is regularly used as an example to be avoided in other government agencies. But this is just one reason for its loss of substantial revenue.

These days, the USPS retains all the worst aspects of both the public and private sector. It is a hybrid form between the two, and it took a 2004 U.S. Supreme Court decision to establish conclusively that it was not a government-owned corporation. Confused? You are not alone. Even though it is not a strictly defined government agency, it still has monopoly power over our nation's mail delivery, a distinction also upheld by that same SCOTUS decision. These plum assignments have kept it indispensable but also unaccountable for itself and its workings.

Lest I sound like a free-market conservative, let me qualify my remarks. I am no fan of unregulated capitalism and unregulated government. In this circumstance, I believe that giving other mail delivery companies like UPS and FedEx access to routes and methods currently reserved only for the USPS would be to everyone's benefit. Competition has its merits on occasion, especially as a means of ending monopolies. By contrast, the article noted above cites a few changes that could be made internally.

Of course, the “paperless” mail system does not apply to care packages and gifts that you might want to send to loved ones across the country throughout the year. If the USPS is really intent on wringing costs out of the system, it will re-think the power of logistics. Amazon, recognizing the impact that a potential USPS shutdown would have on its ability to deliver packages around the country, has been experimenting with a "locker box" operation at 7-11 convenience stores in the Seattle area. Customers expecting a package would need to stop by an ATM-like installation at a local 7-11 and pick up the item from a special locker box with a pin code. In a similar way, the USPS can embrace an expansion of its services to kiosks within different physical retail locations, while shutting down more expensive branch offices.

Evolve or die might as well serve as the refrain. I myself have seen firsthand the problems that arise with an entity in turmoil. My local post office has regularly given me fits. Recently, an important letter was delivered nearly a week later than promised. It took two separate visits to the actual Post Office, plus three calls to customer service to resolve the problem. And even then, I was never given a coherent reason why the letter was delayed. The automated online tracking system provided unreliable and confusing information. I wager that these experiences are not unusual. An agency this far in the red has likely had to deal with a score of unpopular changes. I would not be surprised if moral is exceptionally low.

Before the current problems, which have been a long time in coming, efforts were made to fully privatize the US Postal Service. These never came to much, but the arguments made are worth considering again. These deliberations primarily addressed residents in rural areas in an effort to ensure they were able to receive prompt and proper mail delivery.

First, basic economics implies that rural customers are unlikely to be without service under competition; they would simply have to pay the true cost of delivery to them, which may or may not be lower than under monopoly.

Second, basic notions of fairness imply that the cross-subsidy should be eliminated. To the extent that people make choices about where they live, they should assume the costs of that decision.

Third, there is no reason why the government monopoly is necessary to ensure service to sparsely populated areas. The government could easily award competitive contracts to private firms for that service.

Fourth, early concerns that rural residents of the United States would somehow become isolated without federally subsidized mail delivery today are simply unfounded. ... Once both sender and receiver have access to a computer, the marginal cost of sending an electronic message is close to zero. (Italics mine)

Some refused to accept the notion that the USPS is technically even a monopoly. But in any case, something must be done, and soon. Should the Postal Service go under, it is uncertain what would pick up the slack. The agency is the second largest employer in the United States. It conveys certain nostalgic memories in our nation's psyche about the joy of receiving word or something of great value in the mail. The friendly local mailman (or postal carrier) has also crept into our national consciousness. A great void would be left should the USPS fold. It remains to be seen whether it is capable or willing to make the radical changes it has no choice but to adopt.
Posted by Comrade Kevin at 7:43 AM