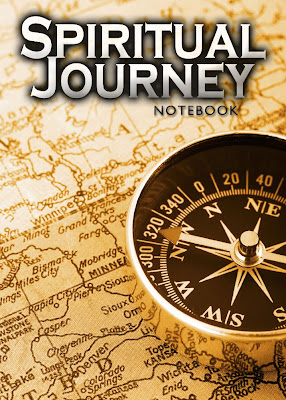 A Friend asked me to write about my spiritual journey. Naturally, it wouldn't fit inside one e-mail and ballooned to over four pages. I'm not going to share the whole thing here, for that reason, but I might post a section at a time. It's best to start at the beginning and so we begin in fair Verona, where we lay our scene.

Any depiction of my religious past must first begin with my parents. My father was raised by the child of a Charismatic minister, that being my grandmother. Praying in tongues, laying on hands, and faith healing all were active elements of worship. She suffered from a variety of chronic illnesses that often left her bedridden. Her sisters often said that, due to the intensity and longevity of her suffering, starting early in life, it might have been better if Florence had never been born. In keeping with her upbringing, she believed that faith alone would be sufficient for health. She never lost hope that eventually some pastor somewhere could heal her, so she wandered from church to church.

My father was dragged along with her, getting to see the hypocrisies and theological complexities of organized religion from a very young age. He spoke often about witnessing participants of a tent revival who seemed pious, flawless, and Godly while playing their parts but who engaged in dirty jokes offstage. The experience and others like it made him highly suspicious of "church". He would later dabble in it for short periods of time, but had no patience for the power struggles and petty squabbling that often transpire inside places of worship. Dad didn't really care how we were raised, just as long as it wasn't Charismatic.

My mother was raised a gauzy, vague kind of Methodist. Her family went to church every Sunday and largely went through the motions. My mother was confirmed at 12, the same age I was, and sprinkle baptized (as opposed to full immersal, like the Baptists) same as me. I received a handful of water to the crown of my head from the baptismal font. Due to the hairspray I applied in slightly excessive quantity to look my best before God and the Congregation, the water did not soak in, instead rolling immediately off of my head. But I am getting ahead of myself. My mother also went through periods of religious observance, but like my father retained that same kind of suspicion of organized religion. When it came time for having children, both of my parents agreed that raising me and my two younger sisters in church was a good idea. We would learn morality and basic ethical conduct there, and if we also achieved a burning love for Jesus, that would be okay, too. And the free childcare was also a plus. So it was agreed that we would be brought up Methodist.

I was by far the most religiously devout of my siblings. For some reason, religion left a powerful impression on me, even as a small child. I enjoyed the pomp and circumstance. I anxiously awaited the changing holidays of the Christian season, illustrated dramatically in color everywhere. Purple was Lent. Red was Pentecost. White was Easter. Green was Advent. I enjoyed chanting the Apostles Creed every Sunday. I can still say it from start to finish. ("I believe in God the Father Almighty, maker of heaven and earth, and in Jesus Christ his only Son our Lord...) I timidly sang hymns with words I had long since memorized, but I lacked the courage to sing loudly. My mother's mother would chide me gently when she attended service with us, but I still couldn't do it. Sometimes the sermons bored me, but even then I found a comfort in the ritual.

Often I donned a black robe as an acolyte and lit both candles that sat upon the altar. I took my responsibility very seriously. When it came time for the offering to be collected, I held two large brass collection plates in either hand, walking to the edge of a raised platform, at which point both ushers came to collect them from me. When I hit my first major growth spurt, a larger robe was purchased specifically for me, because it was well known how much I enjoyed my duties.

Even at 6 and 7 years old I attended every service during Holy Week. Having accepted the remnants of the palm fronds of last year's Palm Sunday, I piously received a cross of ash upon my forehead on Ash Wednesday. Two months later, I would attend Palm Sunday, Maundy Thursday, and Good Friday. I was a precocious child, albeit a shy, quiet, and reserved one. That precocity would ensure that I began to entertain doubts early in life. Reading the Bible and listening to the words of the minister raised theological doubts over perceived inconsistencies. These only increased in time. When I entered my awkward teens, I was in full out questioning mode, which would eventually grow to complete rebellion. But by now we were attending a different church, one with a deliberately modern and unconventional strategy for believers.

I was more concerned those days with acne and not God. A blonde haired and stunningly attractive girl a year older than me was strongly attracted to me. It is one of those quirks of human development that girls have a head start here in the romance department. She made frequent overtures for a time. I knew why she acted so silly in my company, but I lacked the confidence to reciprocate. I failed to understand why I was appealing and had nowhere near the courage to make a move. I had such a severe case of acne that it took nine months solid with a dermatologist to resolve it. This only added an additional layer of self-consciousness. Instead, I just stared at her at odd moments. She moved on after a time, but it is kind of humiliating when overtures are so blatant that my own mother picked up on it, encouraging me to ask her out.

My memories of these times are not especially pleasurable. I instead am reminded of smothering adolescent anxiety and paranoia. My parents became dissatisfied with this church too after a time. I think the final clincher to leave was my mother's discomfort at seeing gays and lesbians in attendance who had no desire to stick to the closet. The church may have been welcoming of LGBTs, but they weren't. There was an additional issue with my rebellious sister as well. At age 13 she was experimenting with smoking pot while displaying overt interest in both boys and girls. I have already used the word precocious, but I am tempted to use it here, though the circumstances are very different. With those two factors combined, next came an abrupt change in where the family attended on Sunday morning.

I end the narrative here for now.
Posted by Comrade Kevin at 7:10 AM